Reigning Turkish champions will feature in the Champions League group stage for the first time since the 2017/18 season when they finished third in their group (W1, D4, L1). After an eye-catching summer transfer window, Sergen Yalcin’s kind-looking side will hope to upset the odds and secure their first-ever Champions League knock-out appearance. But the Turks will first have to defy their dismal European record versus German clubs (W2, D1, L8) to get things rolling in a challenging Group C. Worryingly, Besiktas have netted an average of just 0.63 goals per game across their 11 European fixtures against Bundesliga sides, whilst conceding 21 in return (1.90 on average). What’s more, the hosts have picked up just one win from their last ten Champions League matches on home turf (D5, L4), with two of those defeats coming at the hands of German visitors.

Meanwhile, since exiting the 2018/19 Champions League campaign in the group stage, Borussia Dortmund have qualified for the competition’s knock-outs three times in a row. Hot favorites to maintain their 100% European record against Turkish sides (W4), ‘Die Borussen’ travel to Istanbul inspired by a breathtaking 4-3 comeback victory over Bayer Leverkusen in the Bundesliga. New manager Marco Rose has seen his side win three of their inaugural four games in Germany’s top-flight this term (L1), notably netting 3+ goals in each triumph. In turn, the Bundesliga heavyweights have failed to trouble the scoresheet only once in their last 15 Champions League outings, averaging 1.8 goals per game in that sequence. Adding to their confidence, the visitors are enjoying a five-match unbeaten streak in the Champions League group stage (W4, D1), scoring 2+ goals four times in that run. 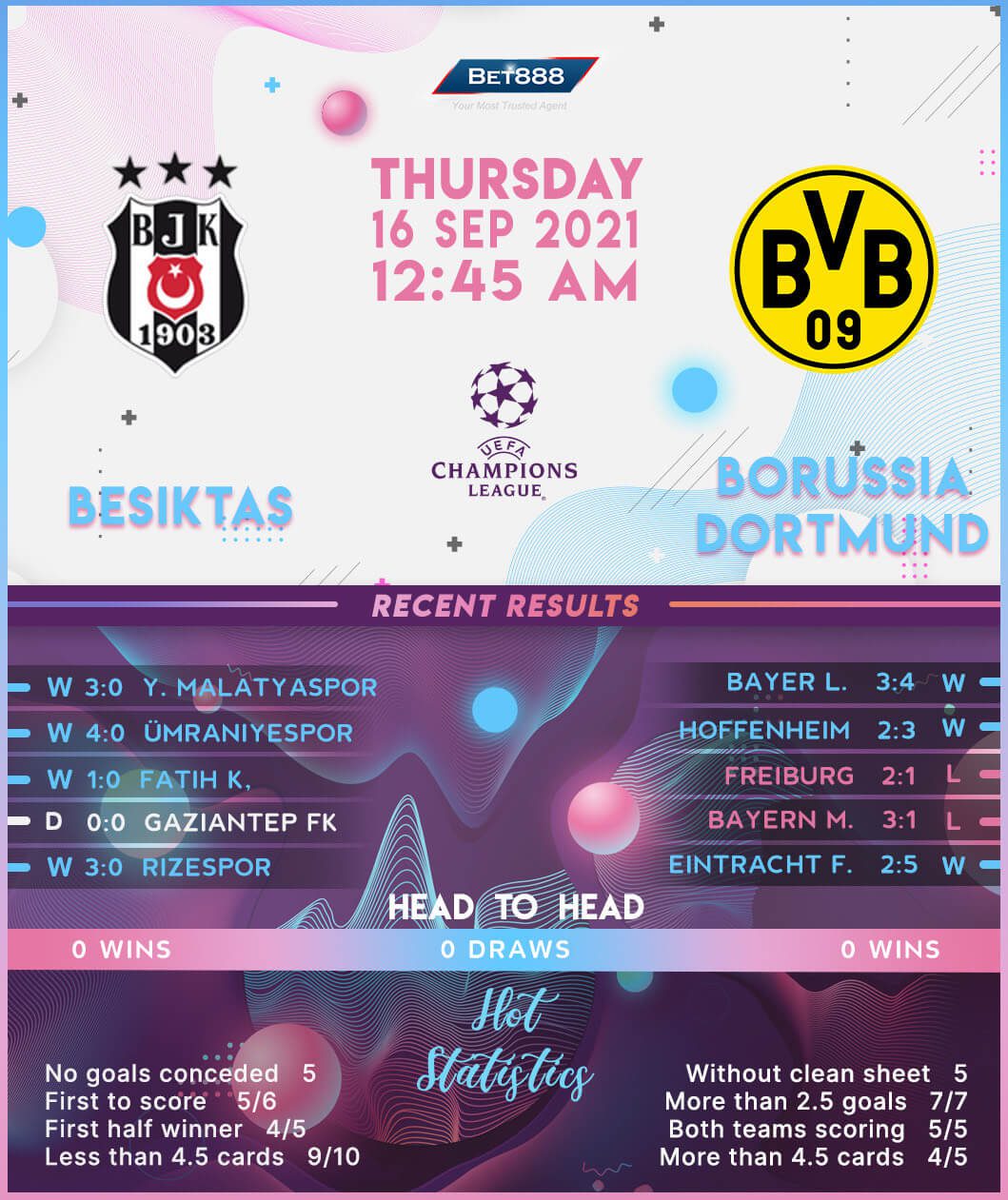