Mid-table Bochum will be aiming to steer themselves further away from the Bundesliga relegation zone when they take on Champions League hopefuls Bayer Leverkusen at the Vonovia Ruhrstadion.

Bochum manager Thomas Reis marked his return from a COVID-19 infection with an all-important 2-1 triumph away to TSG Hoffenheim to put his side’s run of consecutive Bundesliga defeats firmly to bed. None of Bochum’s last five league matches have ended level (W2, L3), with four of those results (wins/losses) yielding a single-goal margin at full time and three featuring the same 2-1 scoreline. Another tight contest is well on the cards. Bochum’s last five Bundesliga meetings with Leverkusen have contained a full-time margin of under 1.5 goals (D2, L3), including a narrow 1-0 defeat in the reverse fixture at the BayArena. ‘Die Unabsteigbaren’ will have to defy their underwhelming three-game home league form (W1, L2) to snap their winless H2H run.

On the other hand, Bayer Leverkusen have bounced back from a disappointing 1-0 home loss to Cologne by winning their last two Bundesliga games by an aggregate score of 4-1. Having solidified their position in a keenly-contested top-four battle, ‘Die Werkself’ will be looking to improve on their indifferent three-game Bundesliga form away from home (W1, D1, L1). Those hopes will hinge on a fast start, as Gerardo Seoane’s men haven’t won any of their four Bundesliga away fixtures when conceding the opening goal this season (D3, L1). Yet, Leverkusen have hit the ground running in the second half of the season, racking up 23 points from their 11 league matches, with only RB Leipzig picking up more than them in this period. 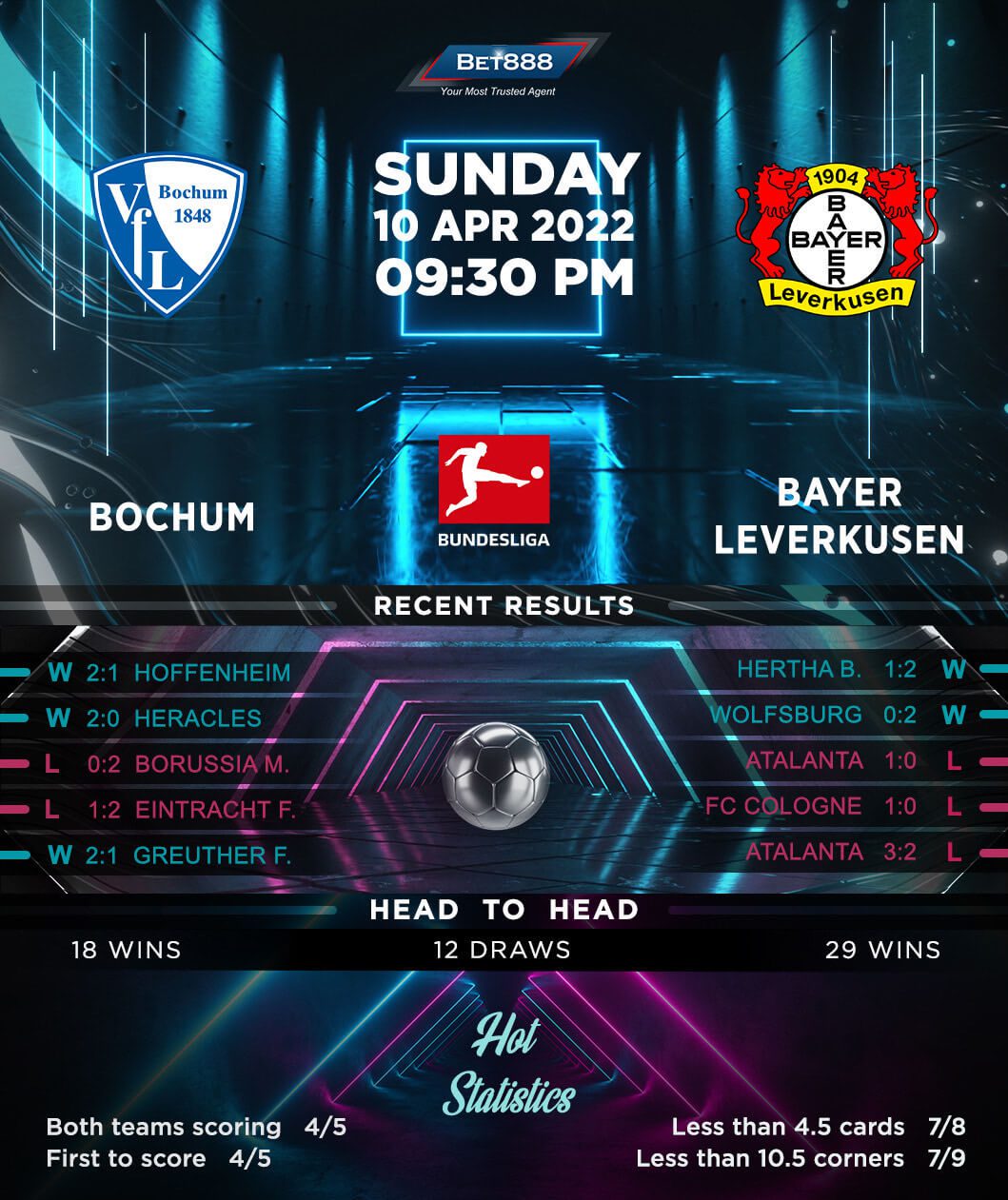