The two sides that have had identical returns from their last four Serie A fixtures (W1, D1, L2) go head-to-head at the Stadio Renato Dall’Ara as Bologna take on Fiorentina.

Bologna’s humiliating 5-0 away loss to Atalanta last time out was their third in five Serie A games (W1, D1), with each defeat in that spread of matches coming ‘to nil.’ Things do look better for the hosts at Renato Dall’Ara, where they have won three of their last five Serie A fixtures (D1, L1), all of which via a winning margin of 2+ goals. Though both of the previous two top-flight meetings between Bologna and Fiorentina here have ended level, ‘I Rossoblu’ have drawn just one of their last ten Serie A matches (W4, L5). Worryingly, though, Sinisa Mihajlovic’s men have failed to score in 73.33% of their previous 15 Serie A encounters with Fiorentina (11), spanning back to 2012. The last time Bologna won a league game against this opposition was in 2013, losing eight of their subsequent 13 H2Hs since then (D5).

On the other hand, the visitors can’t catch a break despite going from back-to-back Serie Ad defeats to two straight league matches without losing (W1, D1), as they have yet to win consecutive Serie A games this season. Moreover, Giuseppe Iachini’s men have failed to register a shutout in each of their last ten league outings, last having a longer streak without a clean sheet in 2010 (13). Particularly vulnerable from set-pieces, ‘La Viola’ have conceded a league-high 20 goals from such plays this season. What’s more, only three sides have shipped more away league goals than Fiorentina (31) this term, with their tally of 18 second-half goals conceded on the road the fifth-worst in the division. Since 50% of Fiorentina’s Serie A trips in 2020/21 have seen the opener scored within the first 15 minutes, the fast beginning is well on the cards. 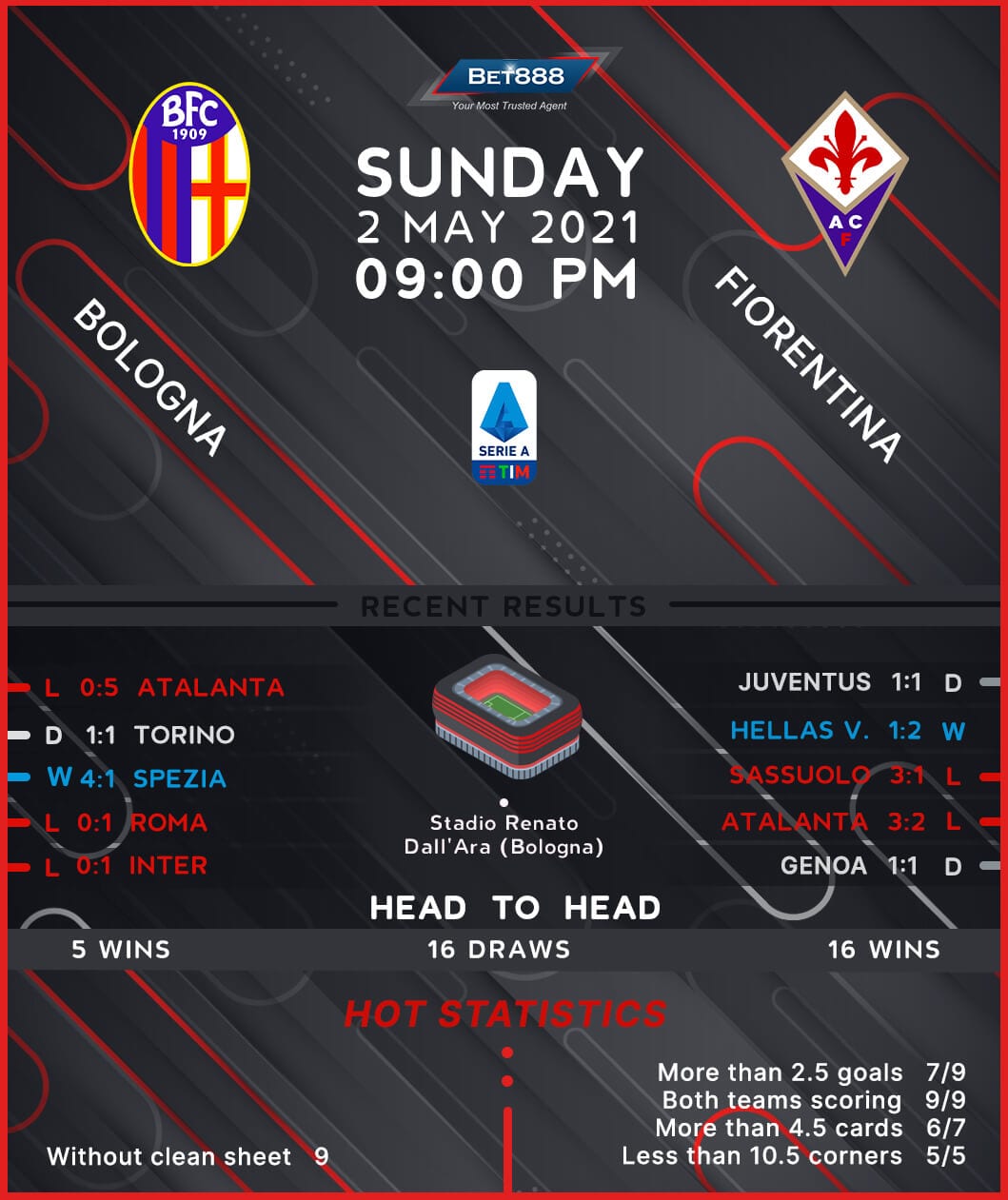