Inter Milan will be looking to solidify their Scudetto bid when they take on mid-table Bologna at the Stadio Renato Dall’Ara in midweek Serie A action.

A run of five draws from eight Serie A fixtures (W1, L2) has thrown Bologna’s hopes of landing a first top-half finish since 2018/19 into doubt. Despite drawing three of their last four league outings (W1), it’s worth noting that two of those stalemates have come against Inter’s bitter rivals AC Milan and Juventus. It means ‘I Rossoblu’ could prove a stern test for the title-bidding ‘Nerazzurri,’ even though they’ve suffered six defeats across their last eight top-flight H2Hs (W2). Adding to this sentiment, Sinisa Mihajlovic’s men have gone winless in their last 15 Serie A meetings with Inter at Dall’Ara (D3, L12), keeping just one clean sheet in that spread of matches. But after netting precisely twice in three of their five previous home league outings, Bologna will feel confident about troubling the board at least.

In the meantime, Inter Milan followed up an overwhelming 3-0 Coppa Italia semi-final triumph over Milan with a scintillating 3-1 romping of Roma last time out, making it four Serie A wins on the trot. Simone Inzaghi’s men have peaked at the best possible moment to give their bid to win back-to-back Serie A titles a decisive nudge, whittling down the gap on pacesetters to only two points. Indeed, after drawing four consecutive Serie A away games, ‘I Nerazzurri’ have won their last two top-flight matches on the road by an aggregate score of 4-1. Particularly dangerous from set-piece plays, Edin Dzeko and co have bagged a league-high 11 goals from corner-kicks this season. Defensively robust, Inter haven’t conceded 2+ goals in away league action since mid-October, registering seven clean sheets in this span. 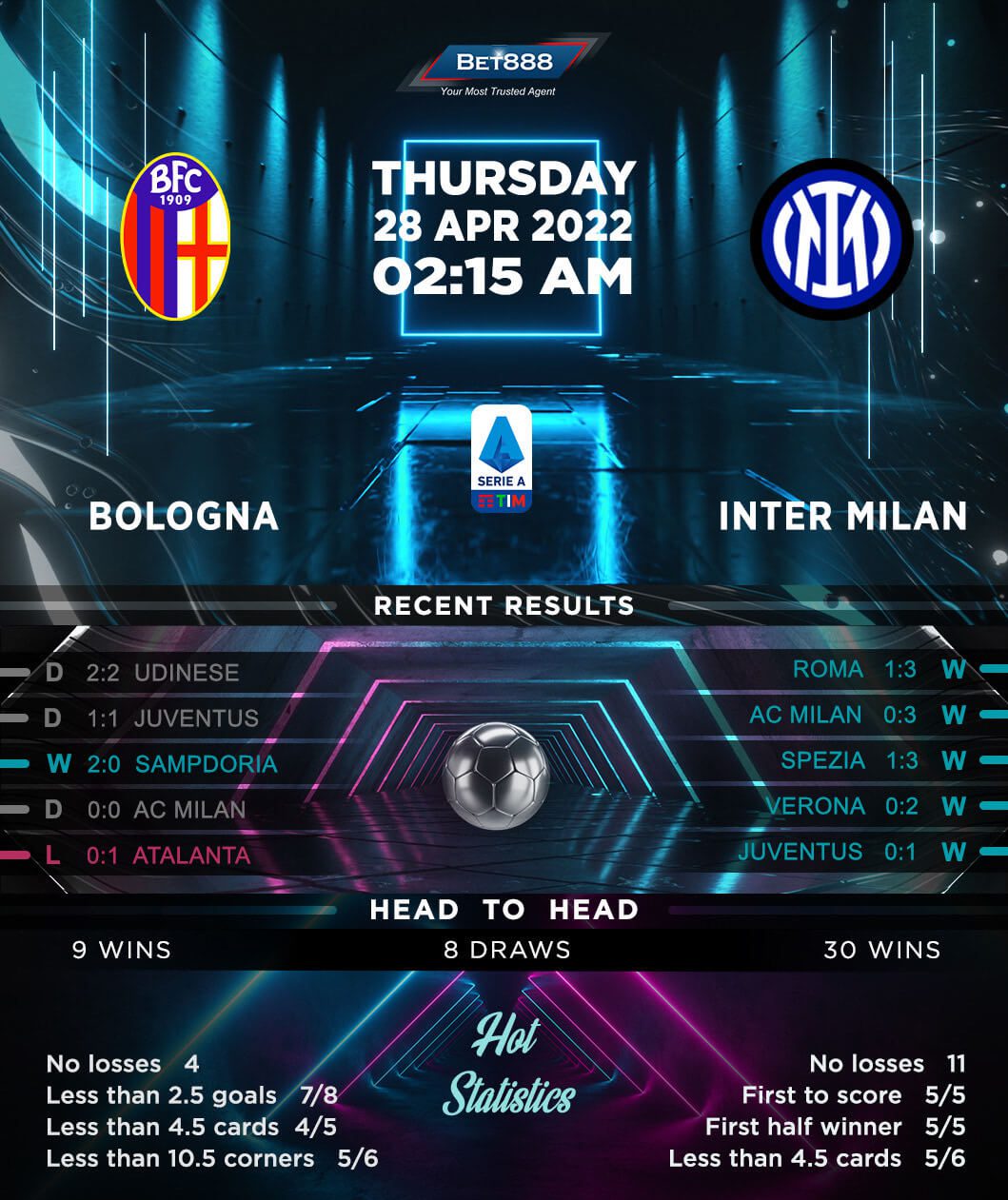