Borussia Dortmund are set to play host to old foes Bayer Leverkusen in a handsomely-looking Bundesliga showdown at the Signal Iduna Park.

Borussia Dortmund squeezed past TSG Hoffenheim 3-2 last time out, taking their winning run in the Bundesliga to three matches as they take the field sitting ‘only’ six points adrift of table-topping Bayern Munich. Marco Rose’s men have been a force to be reckoned with at home this season, picking up a league-high 27 points so far (W9, L1) while scoring the division-high average of 3.1 goals per game in the process. Delivering action from the get-go, they have netted a league-high 13 first-half goals at home this term, finding the net within 15 minutes of play in 50% of their Bundesliga fixtures at the Signal Iduna Park (5/10). Another successful weekend is well on the cards, with ‘Die Borussen’ winning their last six top-flight home meetings with Leverkusen by an aggregate score of 23-5.

Meanwhile, after alternating between draws and defeats in four Bundesliga outings between December 2021 and January 2022 (D2, L2), Bayer Leverkusen have won their last two league matches by an aggregate score of 7-1. They scored 2+ second-half goals in both abovementioned wins, suggesting they could be too hot to handle beyond half-time if allowed enough space. Though ‘Die Werkself’ have only won 50% of their Bundesliga fixtures this season (10/20), they tend to make a statement with each triumph. Indeed, four of their five Bundesliga victories so far have come by a 4+ goal margin, their best such record in the club’s top-flight history. But Leverkusen’s four-game away form in the competition reads indifferently (W2, L2), though it’s worth mentioning that each of those four matches featured 3+ total goals with both teams scoring. 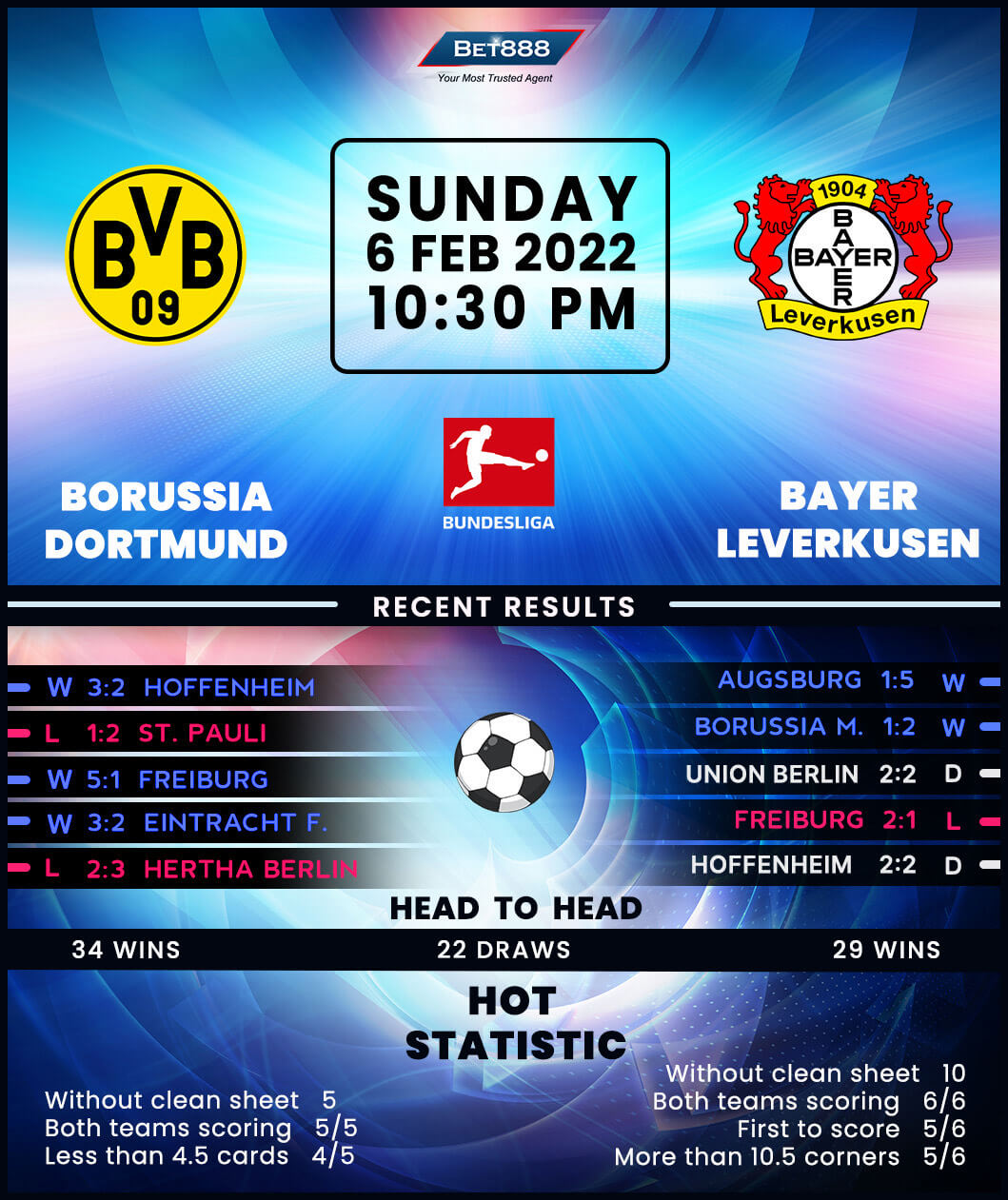