Borussia Dortmund and Borussia Mönchengladbach will lock horns in a massive, heavyweight Bundesliga encounter at the Signal Iduna Park.

Coming into this matchday, Borussia Dortmund succumbed to a dreadful 4-2 home defeat to Rangers in the first leg of their Europa League last-32 action. But despite suffering two multi-goal margin losses at the Signal Iduna Park in a row, ‘Die Borussen’ still harbour some hopes of beating Bayern Munich to the Bundesliga title this term. Sat six points below the ‘Bavarians,’ Marco Rose’s men are looking to build on their eye-catching H2H home record of late, with just one defeat from their last 16 competitive home meetings with Gladbach (W15). What’s more, Dortmund have won each of their last seven such encounters, netting an average of 2.87 goals per game in that period. They are likely to add to that tally, having scored their second-most Bundesliga goals (57) after 22 matches in the competition’s history.

In the meantime, Borussia Mönchengladbach pulled off an action-packed 3-2 home victory over Augsburg last time out, putting an end to their three-game winless Bundesliga streak beforehand (D1, L2). However, Gladbach have now failed to keep a clean sheet in any of their last ten Bundesliga outings, conceding an alarming average of 2.4 goals per match. Topically, ‘Die Fohlen’ have registered just two shutouts in their 22 Bundesliga games this season, the joint-worst record in the league, alongside Koln. Interestingly, though, one of those two clean sheets came against Dortmund of all teams as they claimed a 1-0 win in the reverse fixture back in September. Yet, after going 15 consecutive Bundesliga away matches without a single clean sheet, Gladbach will feel worried ahead of this trip. 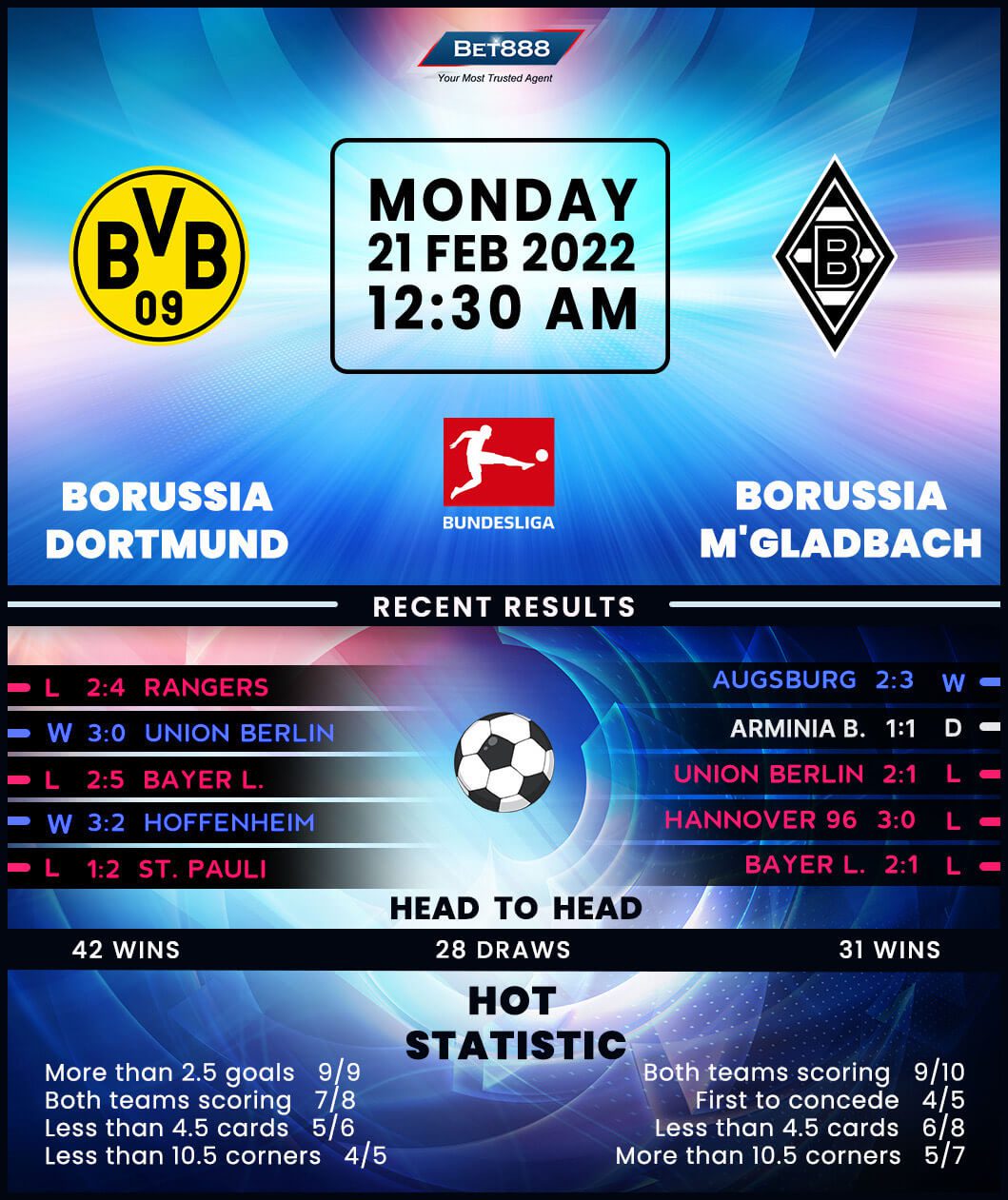