Signal Iduna Park is the venue as Borussia Dortmund take on Mainz 05 in what could be a tricky Bundesliga challenge for the home side.

Dortmund eked out a tight 2-1 home win over Augsburg on the eve of the international break to keep a one-point deficit to the top-two places as they head into proceedings as one of just two sides yet to draw a Bundesliga fixture this season (W5, L2). Having won their last eight top-flight matches at Signal Iduna Park, ‘Die Borussen’ are four triumphs away from equalling the club’s longest-ever winning Bundesliga run on home turf. Notably, the hosts netted 2+ goals in each of those eight victories, managing a resounding average of 3.25 goals per game. Against this backdrop, Marco Rose’s men have failed to win any of their last two league H2Hs at home (D1, L1), scoring just once across those meetings. Rose will be keen to get his side back to winning ways as he entertains the prospect of becoming the first Dortmund manager to win each of his first five Bundesliga home games in charge of the club.

On the other hand, the visitors have gone winless in their last three Bundesliga outings (D1, L2) since a 2-0 away win at TSG Hoffenheim, bagging just one goal in that sequence. Scoring first could prove crucial to Mainz’s hopes of stretching their two-match unbeaten streak at Dortmund, considering that each of their three Bundesliga games on the road this season have seen the winner on the day keep a clean sheet (W1, L2). But ‘Die Nullfünfer’ have suffered a dip in form heading into this showdown, as they’ve lost two consecutive Bundesliga fixtures, as many defeats as they had in their previous 16 top-flight games under current boss Bo Svensson. A lack of firepower up top remains a concern, with Mainz netting an average of just 1.00 goals per match across their seven Bundesliga games this term. 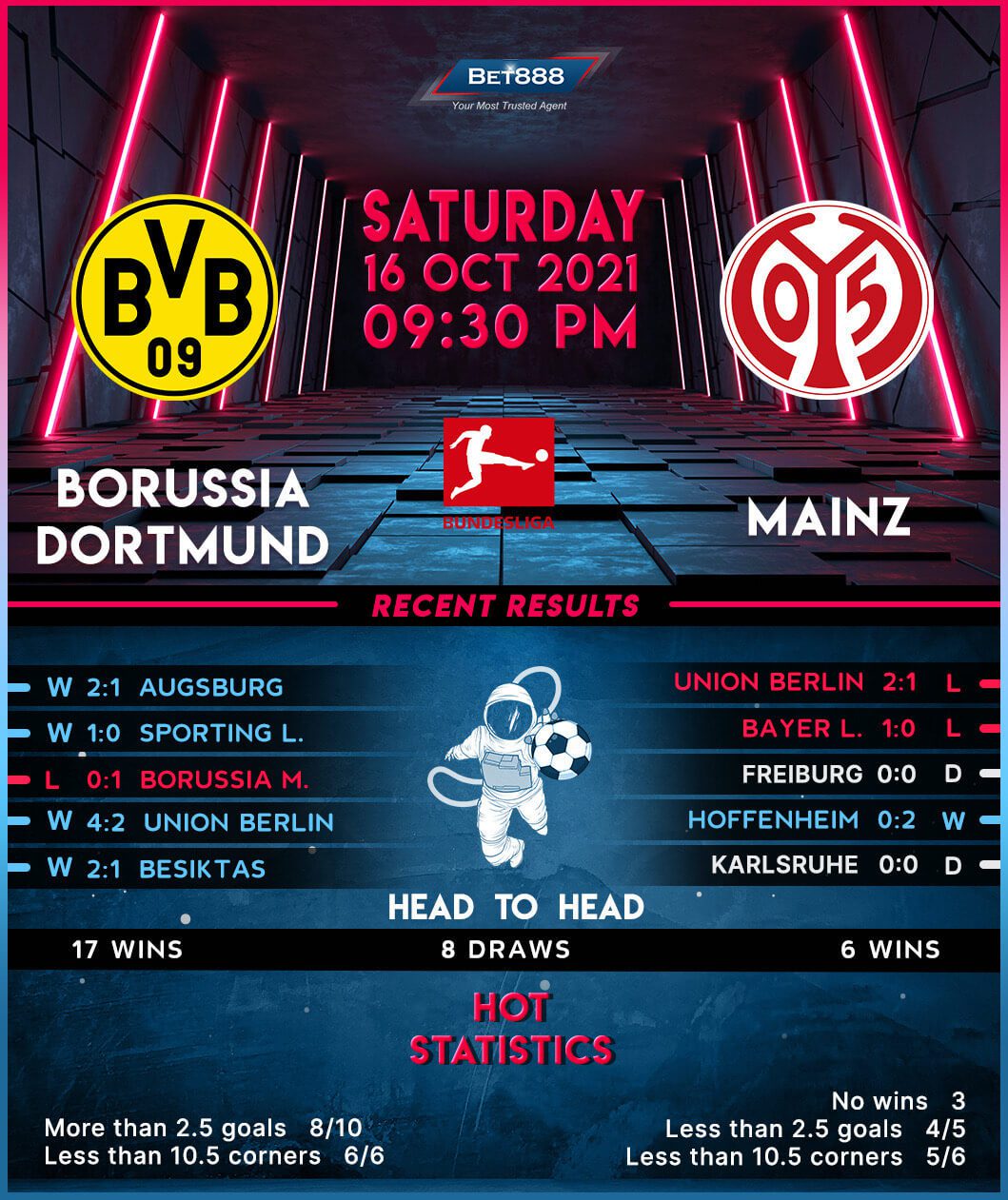