Borussia Monchengladbach will look to maintain their top-half surge when they take on Stuttgart at Borussia-Park in an exciting Bundesliga match-up.

Monchengladbach welcomed the international break in high spirits, having won back-to-back Bundesliga fixtures, one more victory than they had across their inaugural five league matches this term (W1, D1, L3). Seeking consistency, the hosts will aim to post their third consecutive league triumph for the first time since the tail-end of the 2019/20 campaign! However, keeping their upturn in form going here could prove rather daunting, considering they’ve picked up just one point from their last three top-flight H2Hs (D1, L2). ‘Die Fohlen’ can at least find some confidence in beating this opposition in five of their six Bundesliga encounters beforehand (L1). Yet, it’s worth noting that Monchengladbach’s lone defeat across their last seven league games on home turf came at the hands of Stuttgart back in May (W5, D1).

In the meantime, Stuttgart pulled off a stunning 3-1 home win over TSG Hoffenheim on the eve of the international break to bring an embarrassing five-match winless Bundesliga streak (D2, L3) to a halt. But the visitors’ uneventful performances away from home have seen them go winless across their first three league road trips this season (D2, L1), drawing a blank on two occasions in that sequence. Stuttgart’s abovementioned victory at Borussia-Park remains their solitary success across their last eight Bundesliga matches on hostile turf (D3, L4). Worryingly, Pellegrino Matarazzo’s men netted a mere three goals during that seven-game winless stretch, casting doubt on their ability to perform away from home. At the other end of the pitch, Stuttgart’s tally of 13 Bundesliga goals conceded this season is the division’s fourth-worst heading into this matchday. 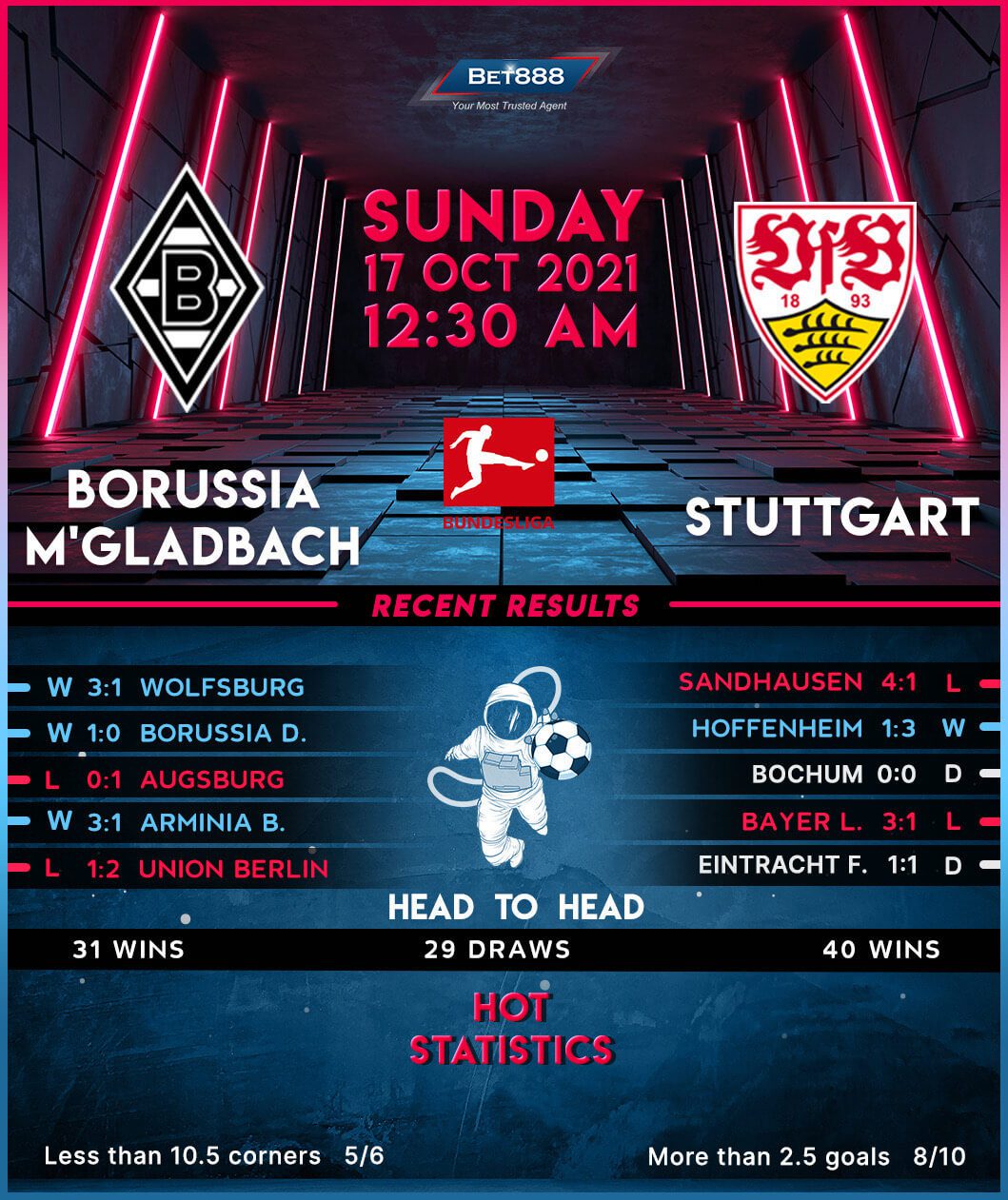