The DFB Pokal quarter-finals pit Borussia Monchengladbach against Borussia Dortmund, with the two sides facing off at Borussia-Park for the second time this season.

Borussia Monchengladbach squandered a 2-0 half-time lead to lose 3-2 at RB Leipzig in their weekend’s Bundesliga showdown, stretching their winless streak in all competitions to five games (D1, L4). Lackluster defending has seen ‘Die Fohlen’ concede over 1.5 goals in four of their last five competitive outings, letting in at least one goal in both halves on three of those occasions. After winning three consecutive home games to begin the new calendar year, Gladbach have now lost three in a row, conceding precisely twice in each reverse. It will be a daunting prospect for Marco Rose’s men to avoid a similar scenario here, as they take on a side they’ve shipped over 1.5 goals against in five of their last six competitive H2Hs as hosts (W1, L5).

Meanwhile, Borussia Dortmund hammered Arminia Bielefeld 3-0 at home in the Bundesliga weekend, bringing their winning run in all competitions to three matches. Free-scoring ‘Borussen’ have netted 2+ goals in each of their last four competitive games, mustering a total of 12! Indeed, Edin Terzic’s men have enjoyed a notable upturn in form, as evidenced by the fact that they’ve gone from three consecutive away defeats to back-to-back victories, with each of those fixtures featuring over 2.5 total goals. Curiously, none of Dortmund’s last ten away games have ended level (W6, L4), with each of those results (win/loss) seeing the winner on the day get on the scoresheet at least twice. In turn, they have bagged 2+ goals in each of their three DFB Pokal triumphs this season. 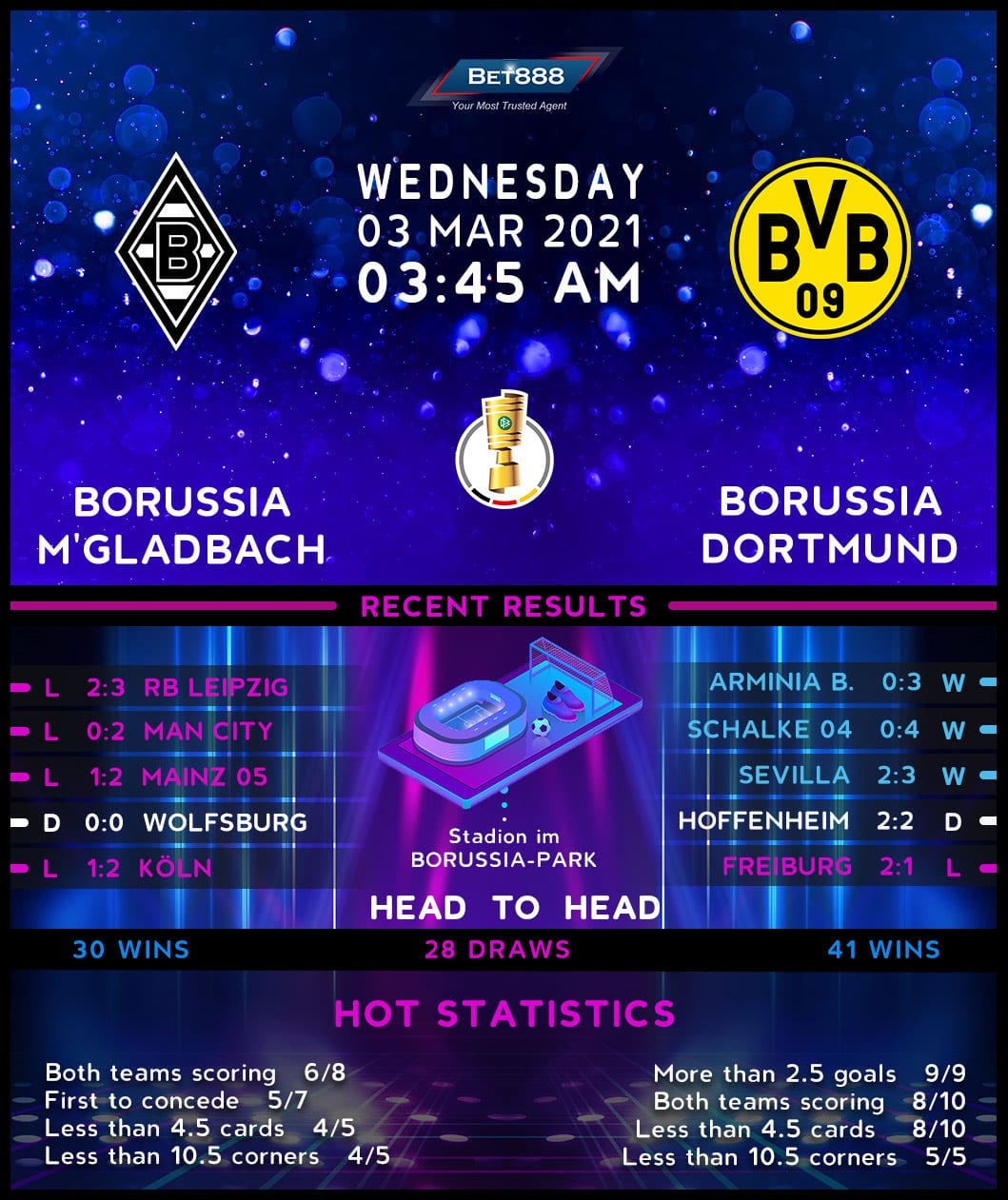