Borussia Monchengladbach and Cologne are set to trade tackles in a mid-table Bundesliga clash at Borussia-Park.

Borussia Monchengladbach have experienced a thoroughly underwhelming Bundesliga season by their standards, yet a run of four league matches without losing (W3, D1) fired them to a safe distance from the relegation zone. In addition to picking up a league-high 10 points from the last four Bundesliga matchdays, Gladbach have conceded fewer goals (1) than any other side in that sequence. But a lack of consistency has seen ‘Die Fohlen’ alternate between wins (2) and draws (2) across their last four Bundesliga home matches, three of which witnessed both teams on the scoresheet. With three of Gladbach’s four previous top-flight home meetings with Cologne featuring the identical 2-1 scoreline (W2, L2), another enthralling, high-scoring affair looks to be well on the cards.

As for Cologne, an indifferent three-game Bundesliga form (W1, D1, L1) has seen them fall one point below sixth-placed TSG Hoffenheim. Still firmly embroiled in the race for European qualification, the visitors will have to defy their disappointing five-game away league record (W1, D2, L2) to maintain their top-six hopes alive. Entertainment has been relatively sparse in Cologne’s recent Bundesliga away matches, with two of their last three league travels yielding the same 1-0 scoreline (W1, L1). The ‘Billy Goats’ often leave it late to please their supporters, as evidenced by the fact that 71% of their Bundesliga goals scored this season have come in the second half of play (29/41). Indeed, they’ve failed to find the net before half-time in their last four Bundesliga games on the road. 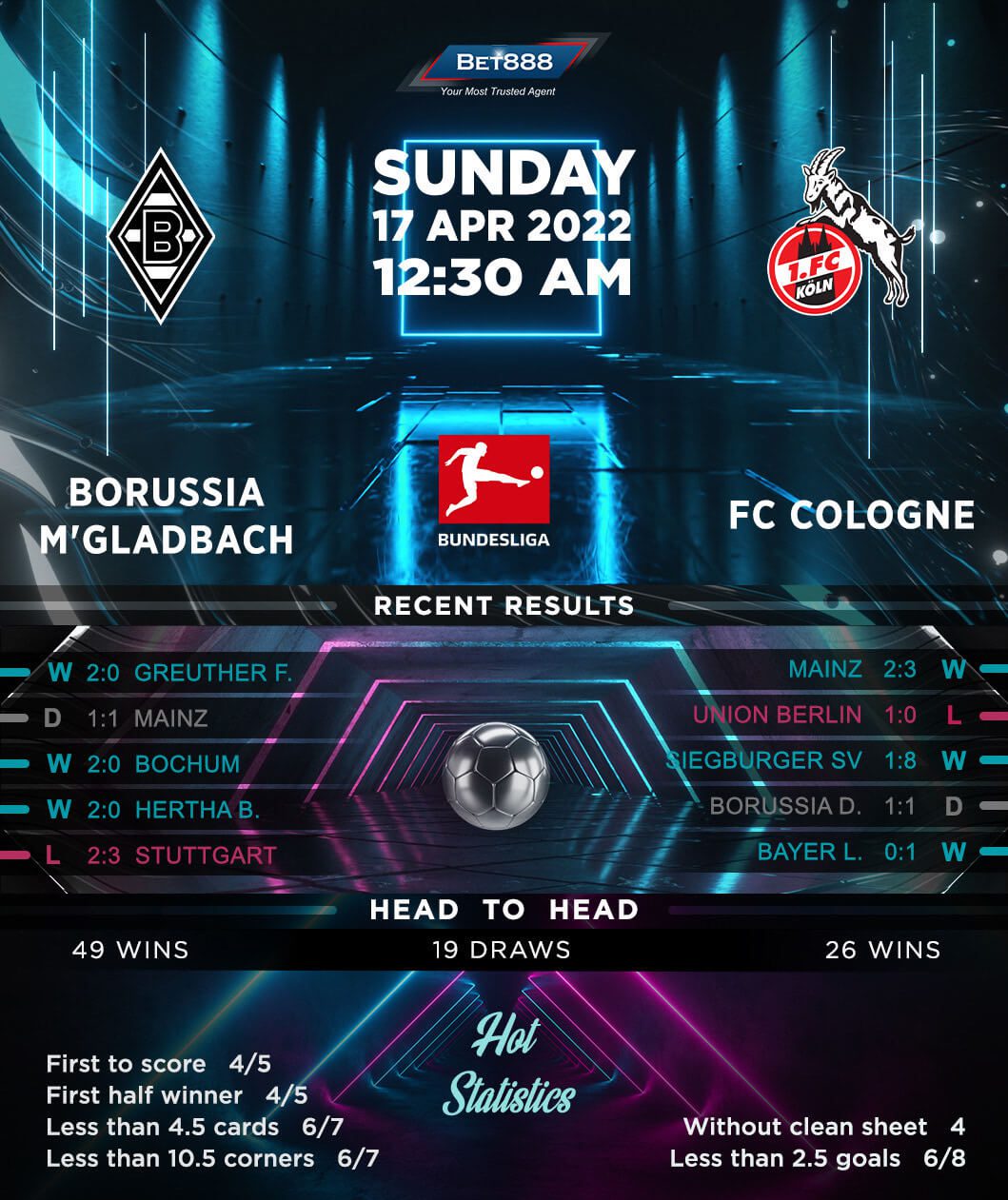