Bilino Polje is the venue as Bosnia & Herzegovina and Montenegro go head-to-head in an all-Balkans Nations League showdown.

Following a busted attempt to ensure their first World Cup appearance since 2014, Bosnia & Herzegovina can make a decisive step towards reaching the Nations League playoffs should they win here. The Bosnians head into proceedings as leaders in Group B3 after alternating between winning (2) and drawing (2) in their opening four group stage outings. Despite going unbeaten in all four Nations League matches this term, the ‘Dragons’ have netted precisely one goal per game on three occasions, suggesting scoring could be an issue. Adding to this sentiment, Ivaylo Petev’s men had failed to get on the scoresheet in back-to-back meetings with Montenegro (D2) before being held to a 1-1 draw in the reverse fixture in June.

On the other hand, visiting Montenegro claimed an overwhelming 3-0 win away to Romania last time out, arresting a run of consecutive Nations League matches without winning (D1, L1). One point adrift of pacesetters Bosnia, the visitors will be out to defy their indifferent form on hostile turf that’s seen them suffer four defeats on their last six international travels (W2). Interestingly, cagey starts have highlighted Montenegro’s Nations League games on the road, with none of their previous five away clashes in the competition seeing a goal score before the 30th minute. But after earning promotion from Group C in the last Nations League edition, the ‘Brave Falcons’ will feel confident about turning things around in this group come the weekend. 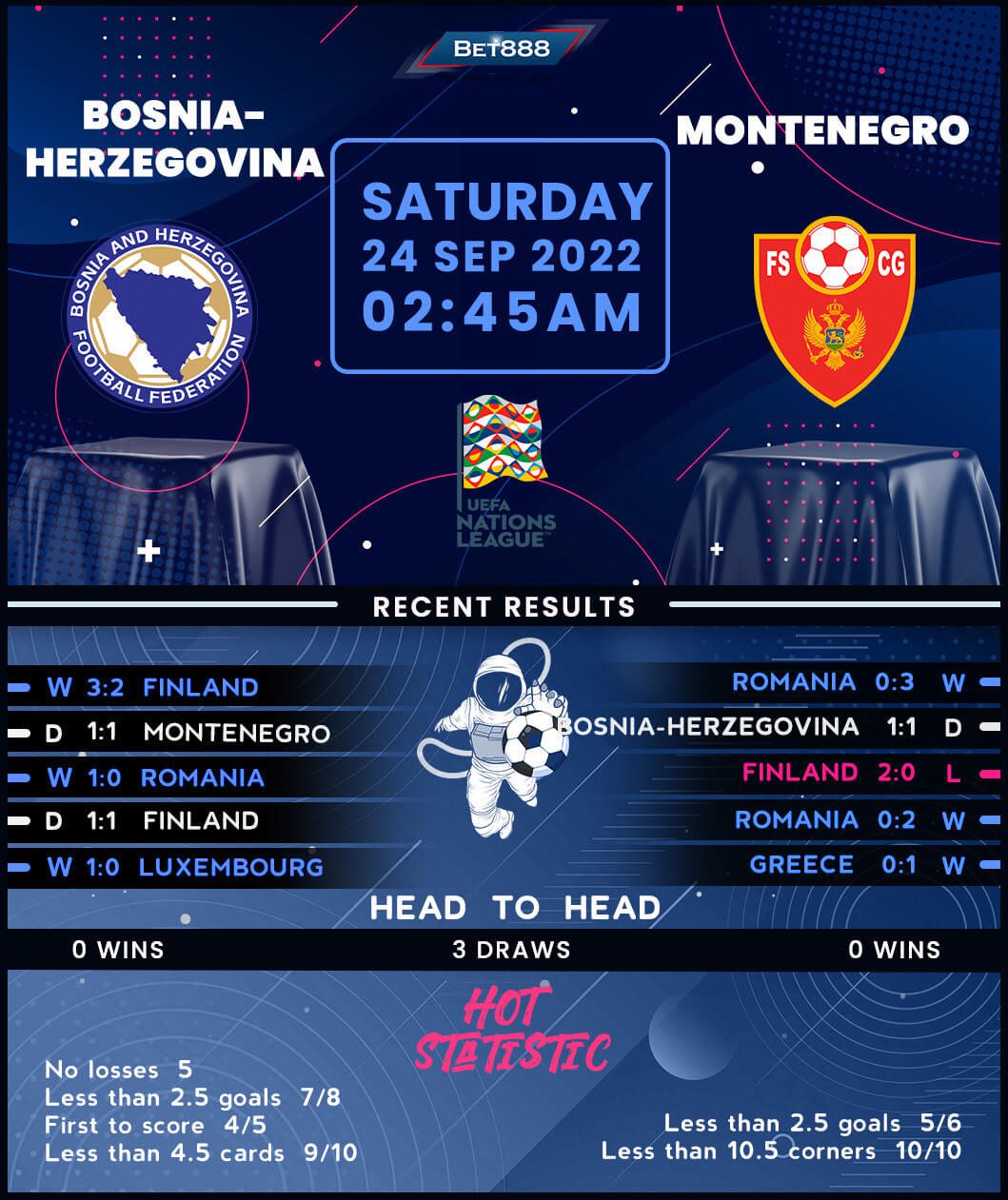