Brazil and Serbia are set to trade tackles in a handsomely-looking 2022 World Cup Group G opener.

As the only nation to have participated in every World Cup tournament since its inauguration in 1930, the five-time world champions Brazil head into proceedings as top favourites to bring the prize home. It’s been 20 years since the ‘Selecao‘ last tasted World Cup glory, but a high-flying run of 15 unbeaten matches (W12, D3) sets them up nicely for the Qatar showpiece. Tite’s men enjoyed a stellar qualifying campaign in the CONMEBOL region, going unbeaten in all 17 matches (W14, D3) while boasting the best +36 goal difference. It gets better as the Brazilians haven’t lost any of their last 14 World Cup group fixtures (W12, D3) since suffering a 2-1 defeat to Norway in 1998. Then it comes as no big surprise that they’ve finished top of their respective World Cup group in every tournament since 1982.

Unlike their formidable opposition, Serbia will be looking to make it out of the World Cup group stages for the first time as an independent nation. Despite qualifying for four of the last five tournaments, spanning back to 2006, the ‘Eagles’ have lost more World Cup matches (7) in that period than any other European team. On the bright side, Dragan Stojkovic’s men came through their World Cup qualification group unscathed (W6, D2), including a sensational 2-1 win at Portugal on the final matchday. That should bolster their confidence ahead of their far-fetched dream of defying a 100% losing ratio against the #1 side in the FIFA world rankings (L2). That’s easier said than done, especially considering Serbia failed to keep a single clean sheet in eight 2022 World Cup qualifying games. 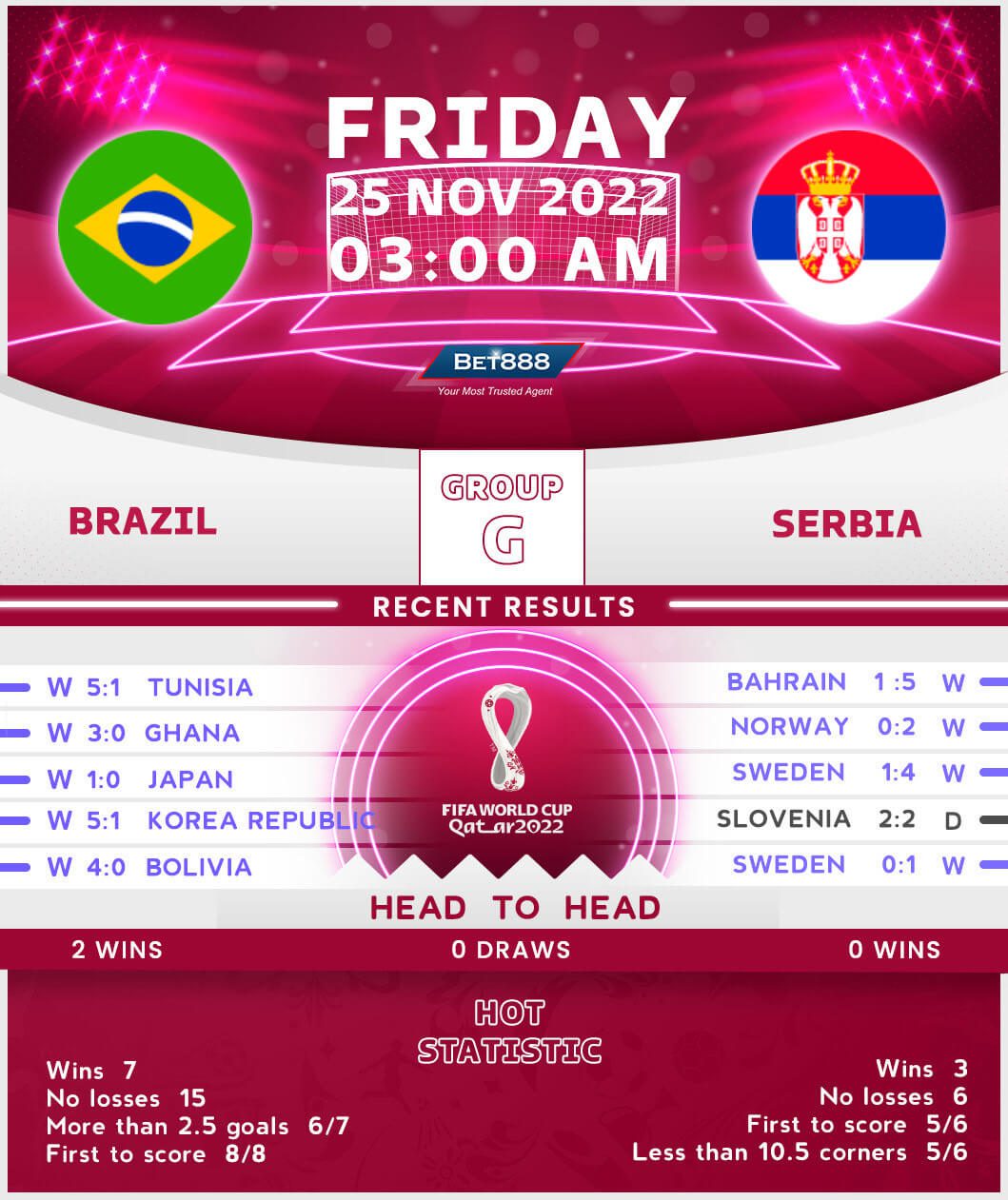