Seen as top candidates to lift the Jules Rimet trophy in Qatar, Brazil eased past Serbia 2-0 in their Group G opener, courtesy of Richarlison’s second-half double. However, the match had a downside as headline performer Neymar picked up an injury that will prevent him from featuring again in the group stages. Even without the PSG ace, the ‘Selecao‘ will relish their chances of becoming the first nation to go unbeaten in 17 consecutive matches in the World Cup group stages. But it’s worth noting the Brazilians have drawn both previous World Cup matches against Croatia, including a 1-1 stalemate in the ‘Russia 2018.’ That may throw a spanner in the works as Tite’s men bid to win back-to-back World Cup games against European opposition for the first time since 2006.

On the other hand, Switzerland squeezed past Cameroon 1-0 in their opening Group G game and could seal back-to-back progressions into the World Cup knockout rounds by winning here. But in addition to never winning their opening two matches at the World Cup finals, ‘La Nati‘ last won back-to-back outings in the competition in 2006. Worryingly for Murat Yakin, his men have picked up just one victory in their eight World Cup encounters against South American nations (D2, L5), courtesy of a 2-1 beating of Ecuador in 2014. Though it looks like a far-fetched dream, the Swiss could turn those fortunes around here, having defeated Brazil twice in their last four H2Hs (D1, L1). No strangers to upsetting the odds, they have overcome FIFA’s top-ten ranked Portugal and Spain in the 2022 UEFA Nations League. 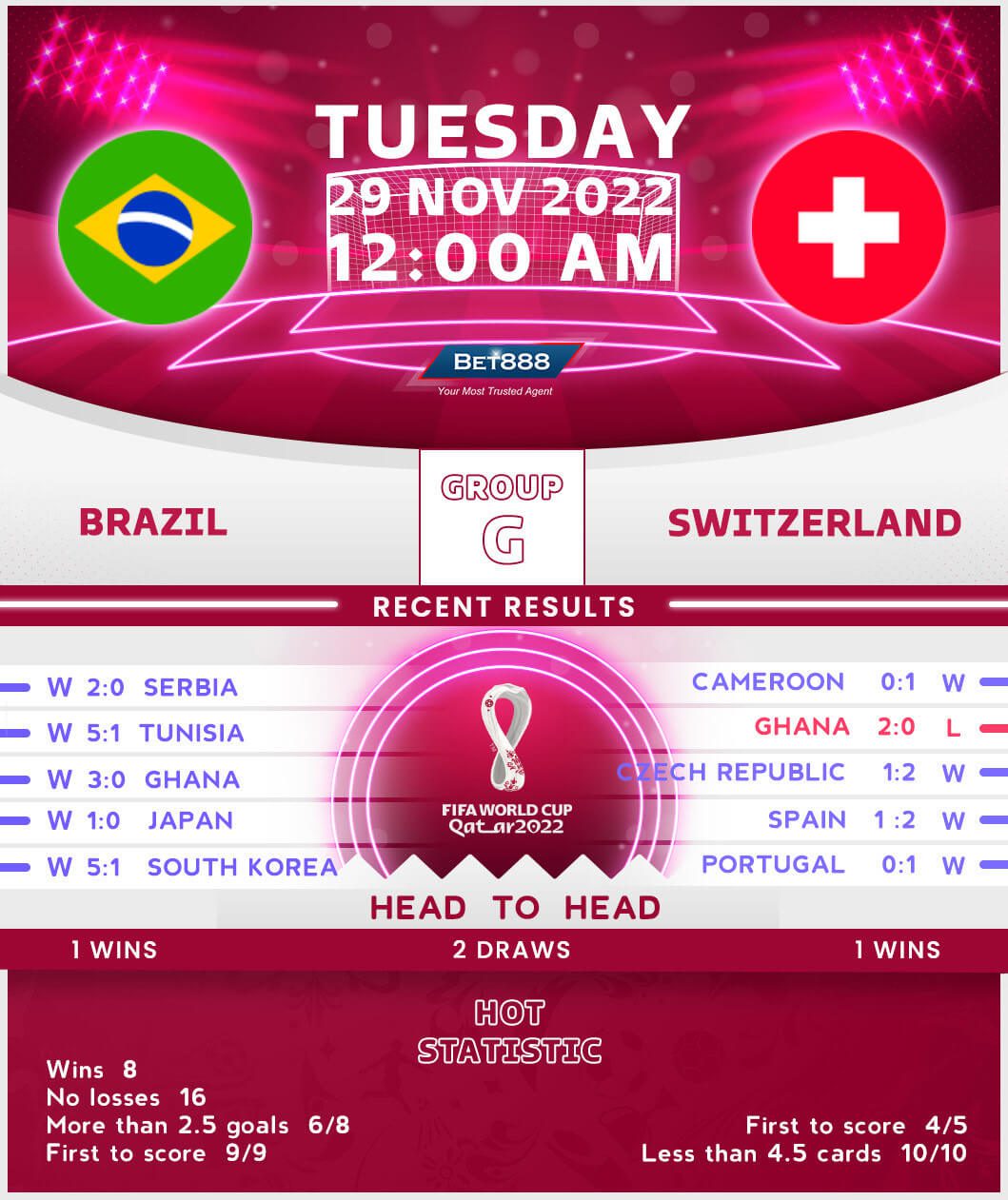