Out-of-sorts Manchester United head to the Brentford Community Stadium to take on Brentford, looking to get off the mark in the new Premier League season.

Brentford hauled back a 2-0 deficit beyond the hour mark to hold Leicester City to a 2-2 away draw on the opening weekend. After rescuing points from a two-goal down for the first time in two years, all competitions included, Thomas Frank’s side will show up at Old Trafford in a confident mood. The ‘Bees’ also have the history books to back their confidence, as they’ve not lost their first home game in any of their six previous top-flight seasons (W5, D1). But Brentford’s Premier League record against top-six teams last season could douse the optimism in the home camp. Since a 2-0 downing of Arsenal in last season’s home curtain-raiser, they went on to suffer eight losses from 12 subsequent league matches against such rivals (W2, D2). With star playmaker Christian Eriksen swapping allegiances over the summer, they will be out for more than just vengeance.

Meanwhile, it’s been a shocking start to the season for new manager Erik ten Hag as his Manchester United side succumbed to a dreadful 2-1 home defeat to Brighton & Hove Albion. The Dutchman has already regretted his decision to start Cristiano Ronaldo on the bench, having become the first Man Utd manager to lose his opening league fixture since Louis van Gaal. But this could be the opportunity ten Hag is waiting for as he aims to help the ‘Red Devils’ improve on last season’s embarrassing Premier League record on the road (W6, D5, L8), their worst away from home in the 21st century. Indeed, United won both Premier League meetings with Brentford last season by an aggregate score of 6-1, netting precisely three goals apiece in each triumph. 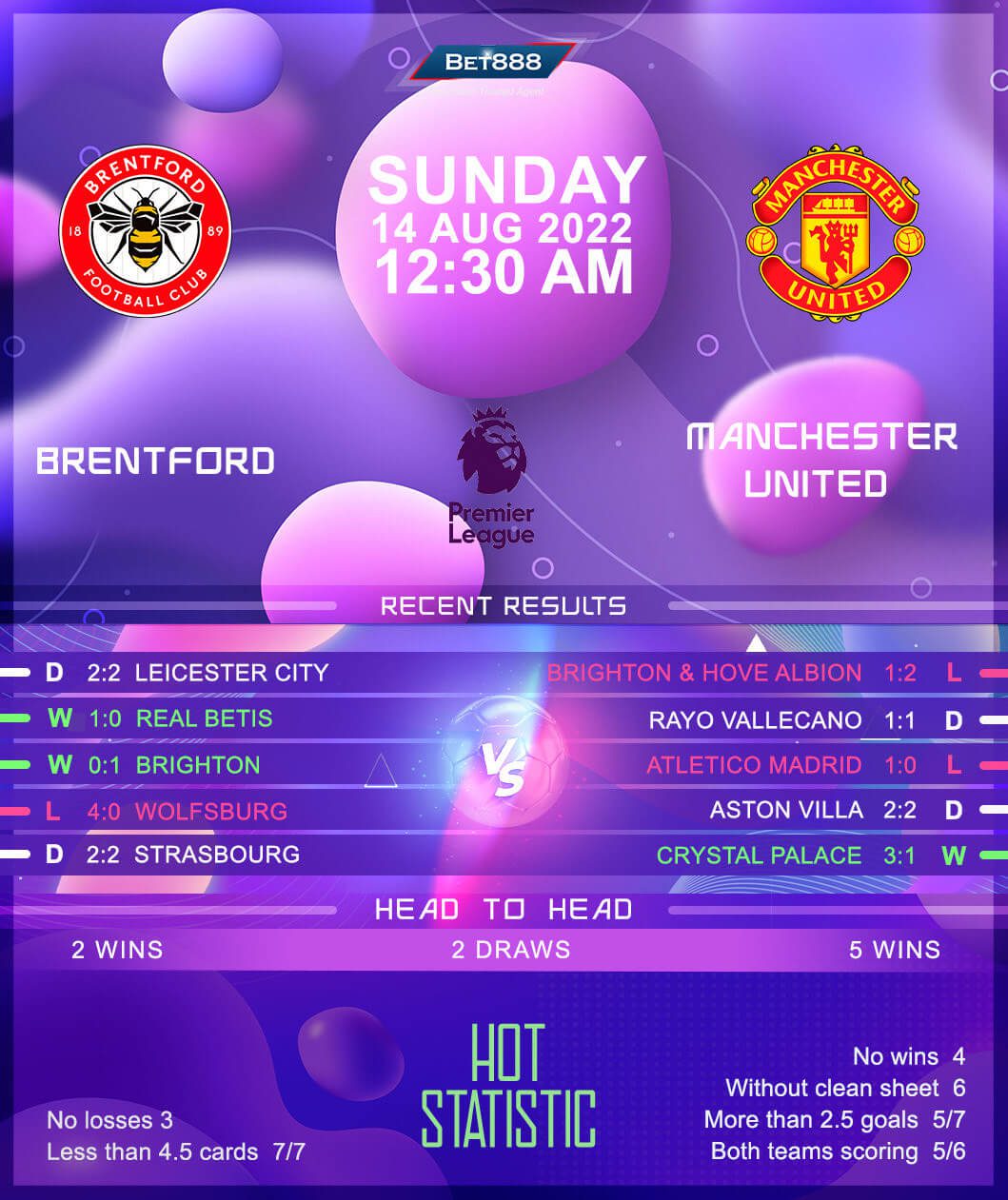