Brentford’s scintillating start to their maiden Premier League campaign has faded away as they head into proceedings winless in their last seven league outings, their longest such streak in English league football since a run of eight in 2018. The alarm bells are ringing, as the ‘Bees’ now sit only four points clear of the drop zone, while they’ve failed to win any of their last three home league matches (D1, L2). Goals have been at a premium for Brentford in recent times, as they’ve scored one or fewer in four of their last five Premier League fixtures at the Brentford Community Stadium, where their seasonal average stands at 1.07 per game. Newcastle’s visit doesn’t offer much comfort to Thomas Frank, with his side going winless in their last five H2Hs (D1, L4).

By contrast, Newcastle United’s 1-1 draw at West Ham United last time out extended their unbeaten Premier League streak to six games (W3, D3), steering them further away from the drop zone. Another win/draw here would see Eddie Howe’s men go unbeaten in 7+ Premier League fixtures for the first time since 2011. There’s plenty of reason for optimism in the travelling camp, with the ‘Magpies’ going from three consecutive away league defeats to back-to-back road trips without losing (W1, D1), conceding just once in those matches. What’s more, the Tynesiders have not lost any of their last six Premier League encounters against promoted sides, five of which ended as a draw (W1), including all four this season. But Newcastle’s trip to London brings back painful memories as they’ve lost more Premier League games in the nation’s capital (82) than any other team in the competition’s history. 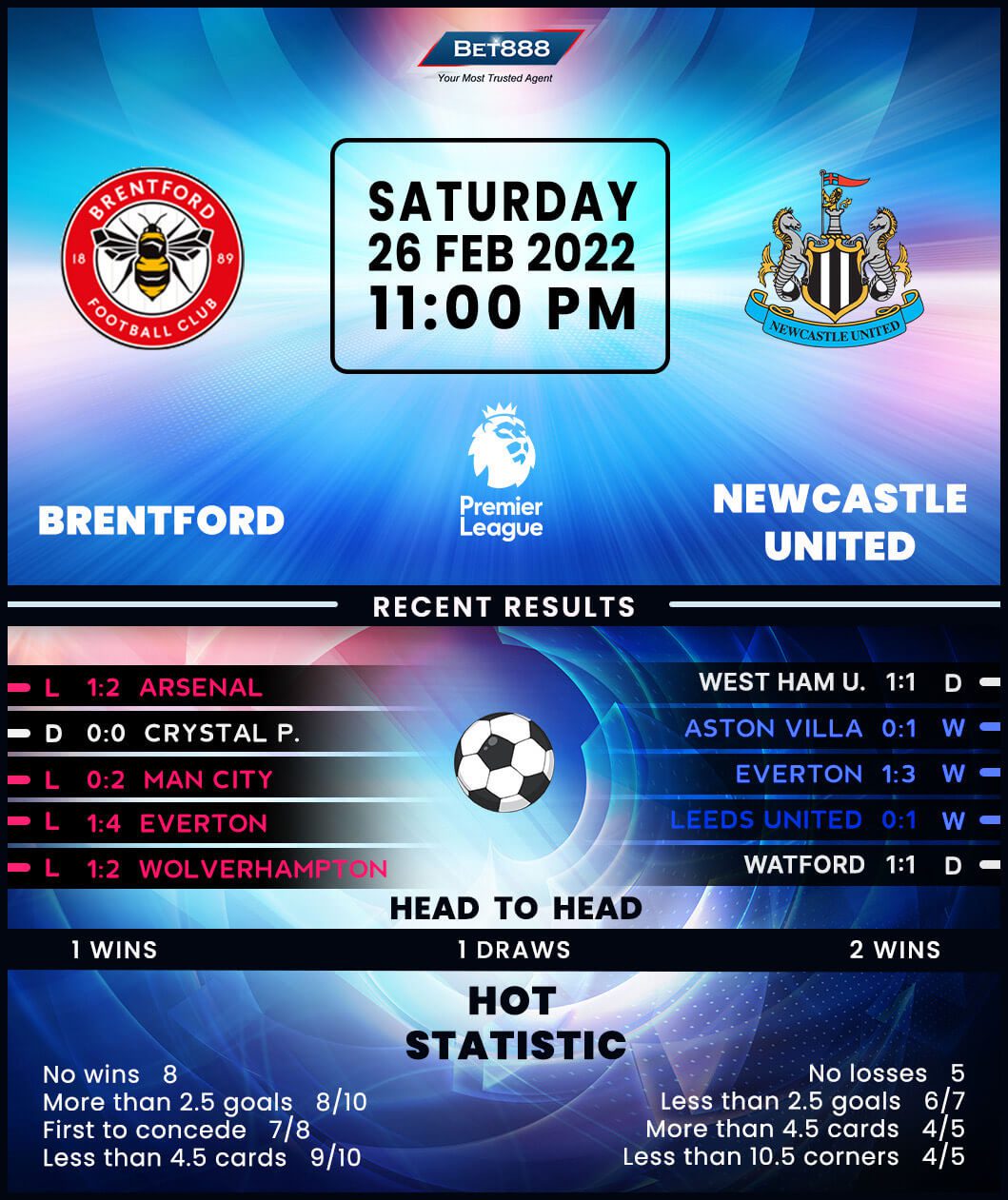