Tottenham Hotspur’s quest to qualify for next season’s Champions League continues this weekend as they head to the Brentford Community Stadium to meet mid-table Brentford.

Inspired by a run of four wins from five league fixtures (L1), Brentford are seeking a top-half finish in their inaugural Premier League campaign. The ‘Bees’ head into this round having won their last three league matches, including a brace of victories over West Ham United and Chelsea in their two most recent London derbies. After going winless in four consecutive Premier League home matches (D1, L2), Thomas Frank’s men have won back-to-back league games at the Brentford Community Stadium by the same 2-0 scoreline. Scoring first would pave the way for another success, with Brentford picking up four wins from five Premier League home matches in which they broke the deadlock this season (D1). Low scoring has been a common theme in Brentford’s recent home league games, with the last four seeing one or both sides fail to score in matches garnering under 2.5 total goals.

On the other hand, Tottenham suffered a disheartening 1-0 home defeat to mid-table Brighton & Hove Albion last time out after winning four consecutive Premier League fixtures by an aggregate score of 15-2. Indeed, after bagging 25 goals in seven top-flight outings, ‘Spurs’ failed to attempt a single shot on target against Brighton. With the top-four Premier League race heating up, Antonio Conte’s men will have to defy their disappointing recent away record in the London derbies to preserve the fourth spot. Tottenham have registered just one victory in their last 11 Premier League London derbies away from home (D3, L7), including five defeats in a row in the build-up to this trip. Encouragingly, though, the visitors have won their last two away league matches by 2+ goals ‘to nil.’ 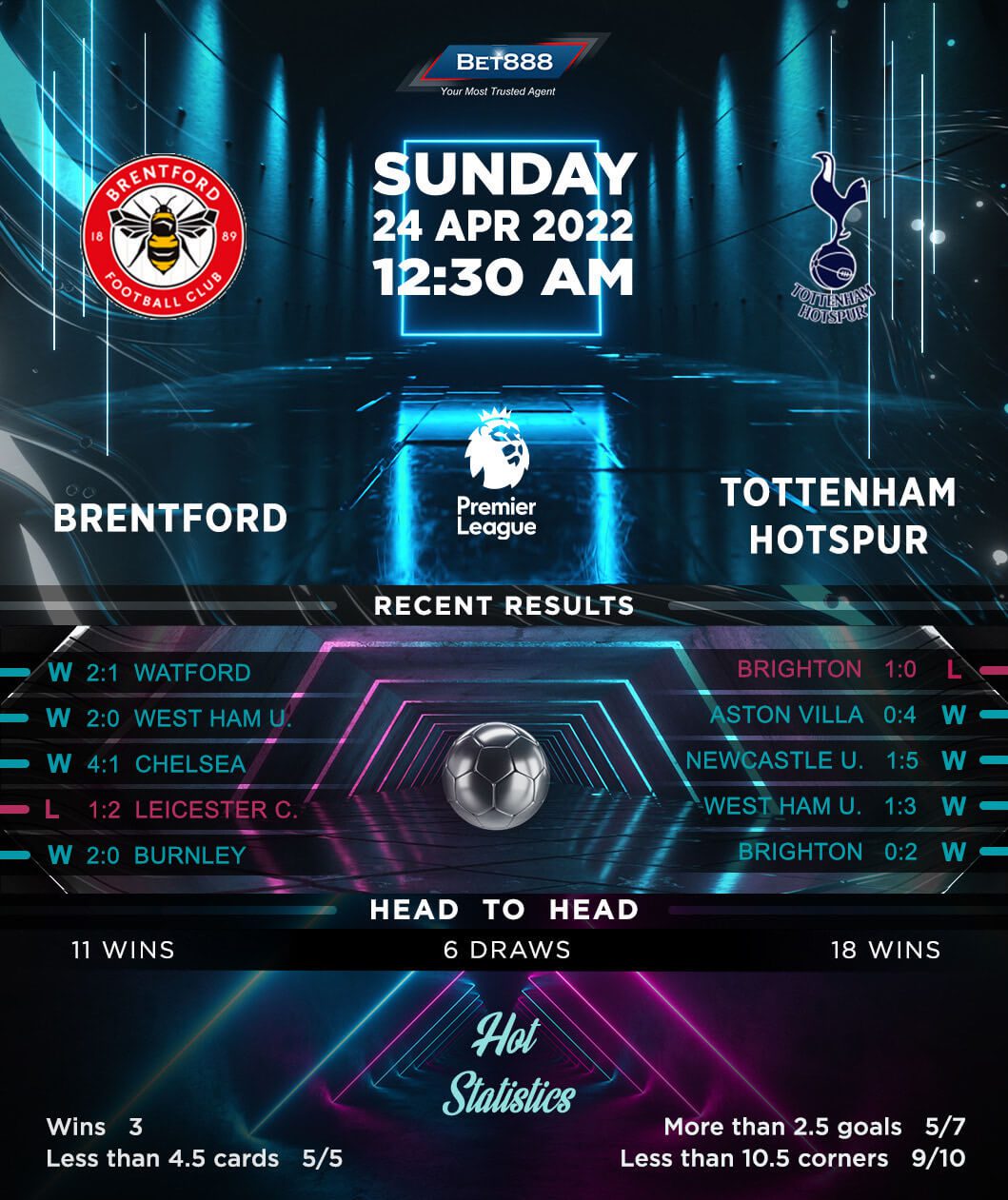