16th-placed Brest welcome title contenders Paris Saint-Germain to the Stade Francis-Le Blé in the ultimate round of the 2020/21 Ligue 1 season.

Brest have picked up one victory in nine Ligue 1 games ahead of the kick-off (D4, L4) and are winless in the last three in a row since beating Saint-Etienne 2-1 on the road in late April. At home, ‘Les Pirates’ have gone winless in four consecutive league matches (D3, L1) since 3-1 win against Dijon, frustratingly scoring under 1.5 goals on each occasion. With the prospect of relegation from Ligue 1 looming, Olivier Dall’Oglio’s men go up against a side they have lost to in their last three top-flight H2Hs as hosts by an aggregate score of 10-3. Delivering action from the get-go, Brest have scored a league joint-high 21 first-half goals on home turf this season. However, only Montpellier (18) have conceded fewer home goals in that same timeframe than Brest (17) so far.

Sitting one point adrift of top-placed Lille, PSG must acquire all three points here and hope ‘Les Dogues’ won’t win at Angers to secure a fourth consecutive domestic crown. ‘Les Parisiens’ have won five of their last six Ligue 1 matches (D1), scoring an intimidating average of 3.2 goals across those victories. Before being held to a 1-1 draw to Rennes in their most recent league trip, PSG had racked up six consecutive Ligue 1 victories on the road, five of which came by at least a two-goal margin. Notably, Mauricio Pochettino’s men have netted the opening goal in a league-high 14 away matches this season. The visitors have only been trailing for a total of 51 minutes on the road so far in 2020/21. However, they haven’t won any of the three away Ligue 1 games in which they conceded first this term (D1, L2). 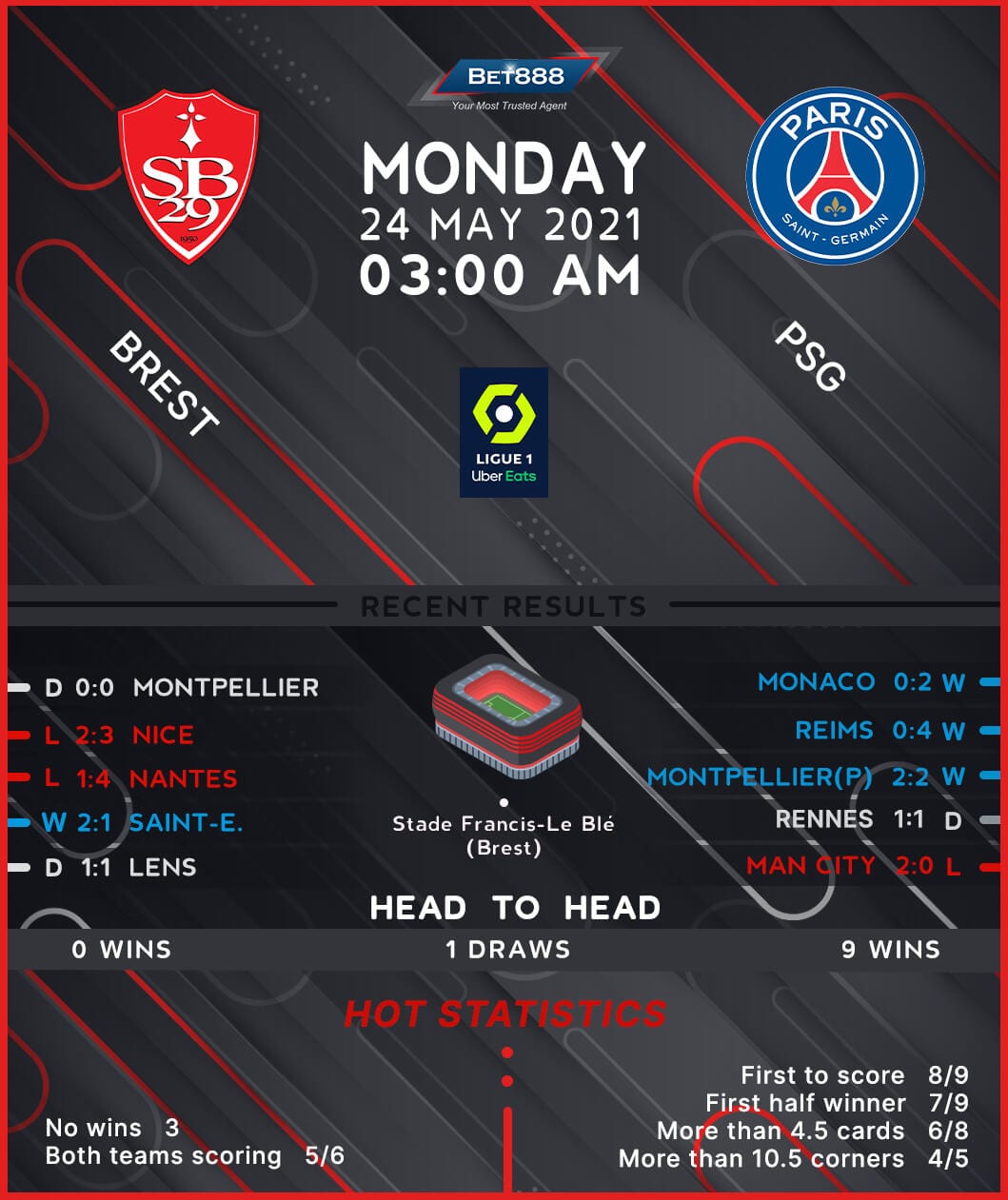