Leandro Trossard’s last-gasp winner at Brentford last time out gave Brighton their best-ever four-game start to a new Premier League campaign (W3, L1). Backed by their best start to a league campaign since 2015/16, the ‘Seagulls’ will be keen to post their first-ever Premier League victory over Leicester, having failed to beat this opposition in all eight previous top-flight H2Hs (D2, L6). Since securing top-flight promotion in 2017/18, Brighton have lost three of their four home league meetings with Leicester (D1), conceding precisely twice in each defeat. However, Graham Potter’s men look like a much more solid defensive unit now, with only Manchester City and Chelsea keeping more Premier League clean sheets than Brighton (11) in 2021 so far. But, it’s worth noting that the hosts have netted just twice in their four top-flight H2Hs at home.

Meanwhile, inconsistency has highlighted Leicester’s early exchanges this season, with the visitors alternating between victory (2) and defeat (2) across their opening four Premier League matches. Despite not drawing any of their four top-flight outings so far in 2021/22, the ‘Foxes’ have produced some tight, keenly-contested affairs – three of those games won/lost featured a full-time margin of a single goal. Brendan Rodgers needs to shore up his side’s defensive woes as soon as possible after overseeing his players return just one clean sheet from their last ten Premier League outings. It gets worse away from home, where they haven’t registered a single shutout in nine consecutive top-flight fixtures since a goalless draw with Wolverhampton at Molineux. Incidentally, Wolves are the only side that have failed to score against Leicester this season in all competitions. 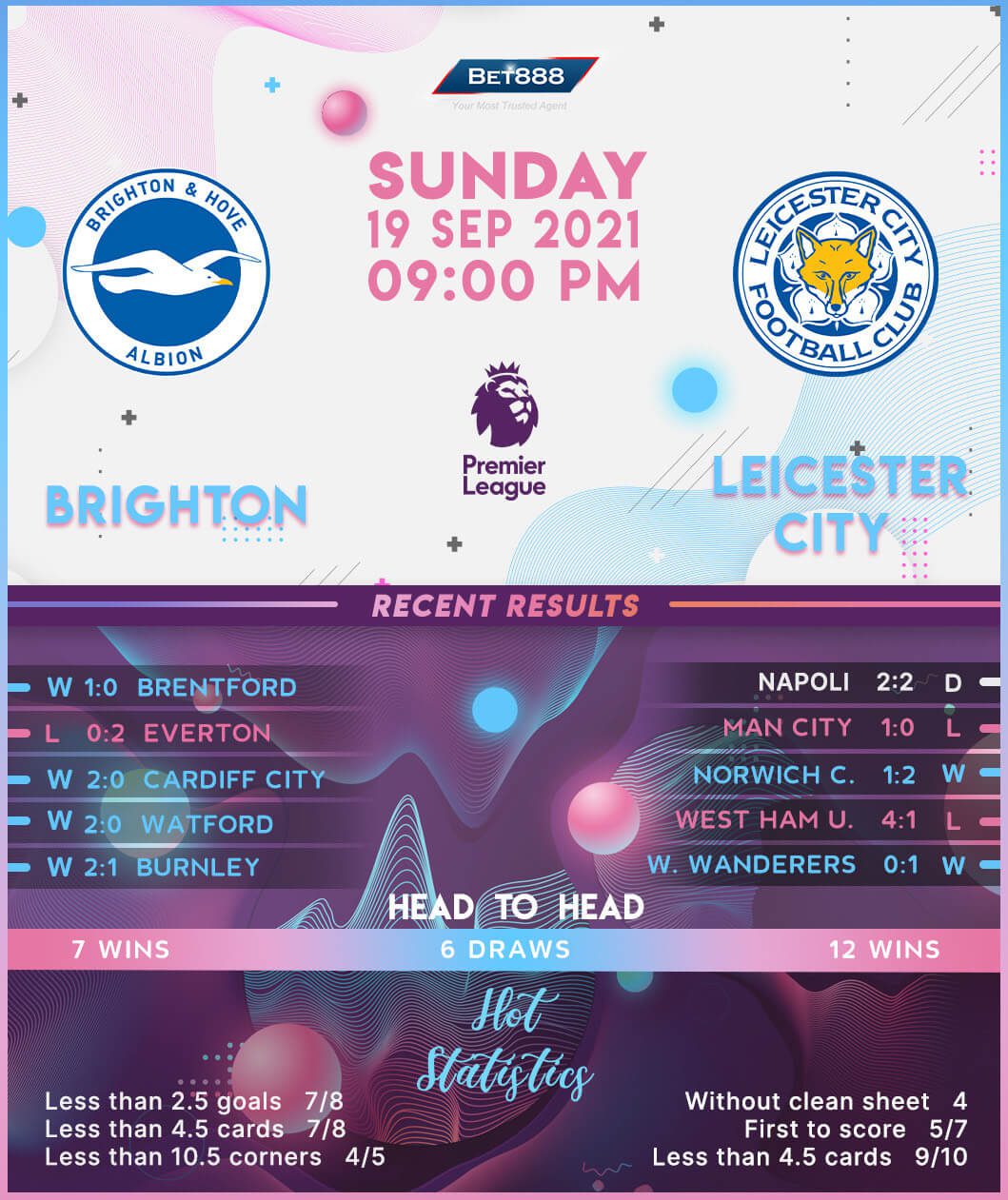