Tottenham Hotspur will be desperate to return to winning ways in the Premier League when they take on out-of-sorts Brighton & Hove Albion at the Amex Stadium this midweek.

Brighton could have been fighting relegation if there weren’t for their flying start to the season as their 2-0 home thumping to Liverpool at the weekend made it five consecutive Premier League defeats for the ‘Seagulls.’ Stuck in mid-table lethargy, Brighton are experiencing a five-game losing streak in English league football for the first time since their League One days back in 2007. But even their frustrating losing streak has not played down Brighton’s reputation as ‘stalemate specialists,’ as they’ve drawn a league joint-high 12 Premier League matches this season. There is no doubt Potter wouldn’t mind another share of spoils, especially given his side’s underwhelming record in midweek Premier League fixtures, with only four wins from their 34 such fixtures overall (D14, L16).

Meanwhile, Tottenham’s hopes of registering their first top-four finish since 2018/19 took another hit at the weekend as a 3-2 defeat away to Manchester United brought their two-game winning league streak to a halt. Antonio Conte’s men have struggled with inconsistent performances on the road this season (W6, D2, L6), alternating between victories (3) and defeats across their last five Premier League travels. Another tough midweek could be on the cards, as ‘Spurs’ have gone from running unbeaten in their first two Premier League away H2Hs (W1, D1) to back-to-back losses at the Amex without scoring. Regardless of the outcome, neutrals could be in for a treat, at least considering that three of Tottenham’s last four Premier League away games have featured 4+ goals. With each of those three matches seeing the London outfit score at least twice, the travelling support may have something to cheer about after all. 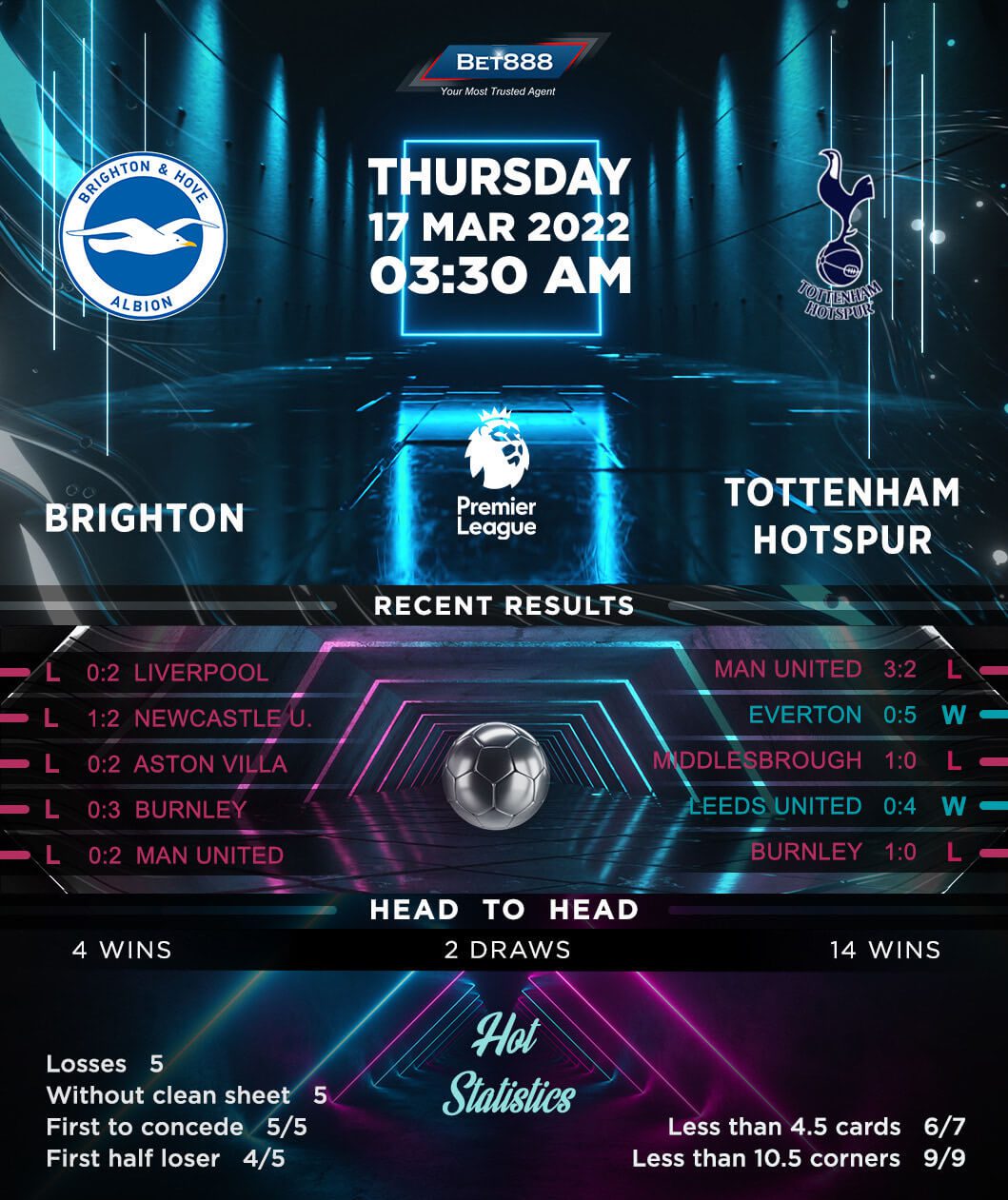