Brighton’s wheels have fallen off following a promising first half of the season as they’ve picked up just one victory across their last eight Premier League matches (D3, L4). Since beating relegation-battling Watford in mid-February, the ‘Seagulls’ have suffered defeats in their last four league outings in a row, scoring just one goal while conceding nine in return. So it’s no wonder that they’ve slipped to 13th in the standings, with no hopes of achieving their European dream. Worryingly, only 42% of Brighton’s Premier League points this season have come at the Amex (14/33), where they’ve netted just 38% of their total league goals so far (10/16). But, Graham Potter’s men have held Liverpool winless in their last three Premier League H2Hs (W1, D2) after losing their opening six matches against them in the competition.

Meanwhile, Liverpool fell to a 1-0 home defeat to Inter Milan in midweek Champions League action, but they have still advanced to the competition’s quarter-finals, courtesy of a 2-0 first-leg win. Back to the Premier League, where they’ve won each of their last seven outings, the ‘Reds’ are looking to reduce a six-point gap on table-topping Manchester City. With a game in hand on the reigning champions, Jurgen Klopp’s men are allowed to dream of their second Premier League title in three seasons. Klopp has based Liverpool’s impressive domestic campaign on a free-scoring attack that has netted a league-high 71 goals this Premier League season. A brace at the Amex would see the Merseyside powerhouse become only the second side in the Premier League history to hit a 2,000-goal milestone, following Manchester United. After bagging 19 goals in their last seven league fixtures, Liverpool will feel confident about making history in Brighton. 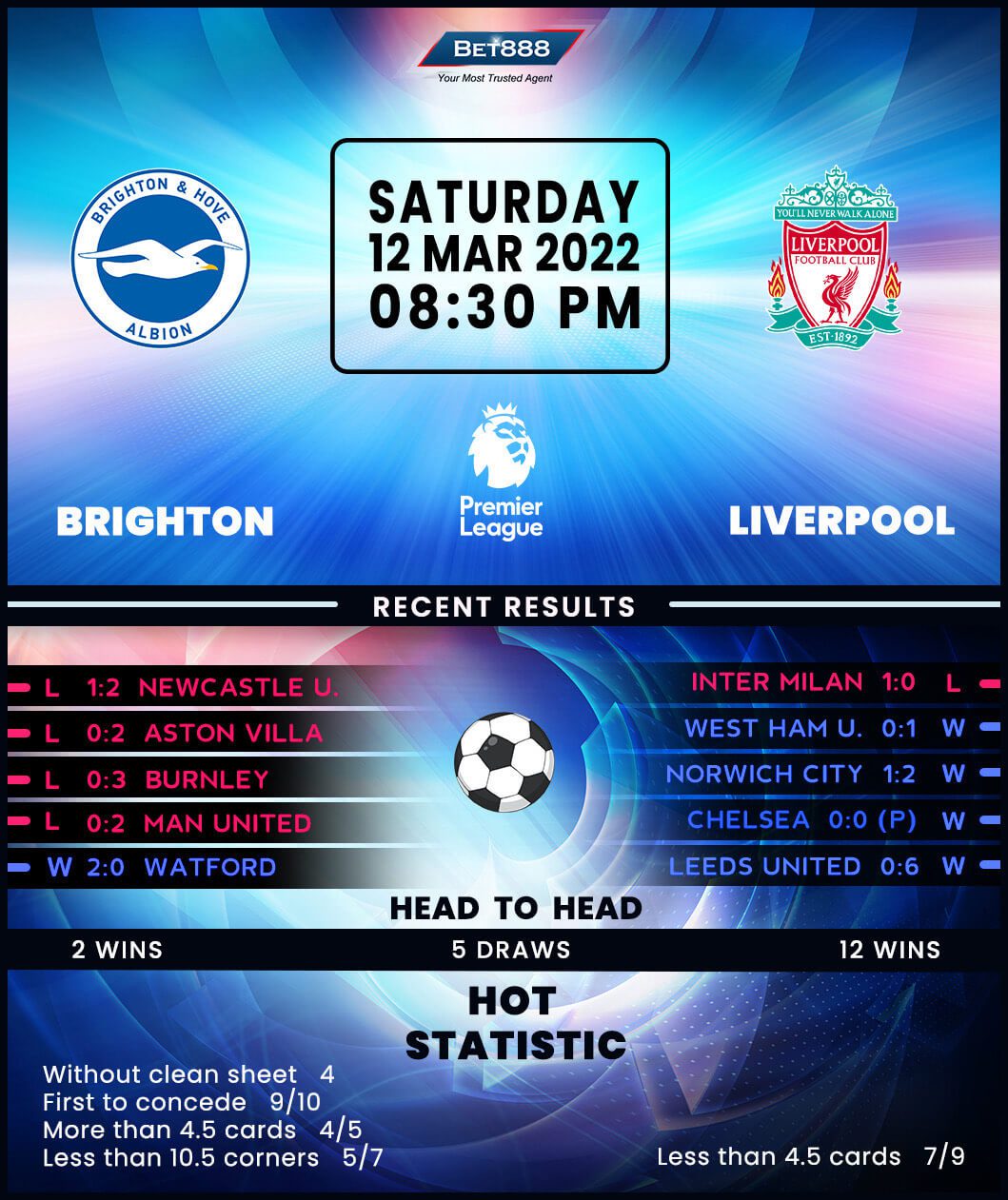