Buriram United will be looking to consolidate their position at the top of the Thai League 1 table when they take on bottom-half Ratchaburi at Chang Arena.

Buriram’s pursuit of their first Thai League 1 title since 2018 has been reinforced following United’s run of three consecutive league victories, two of which came by a narrow one-goal margin. The hosts, who hold a comprehensive ten-point lead over second-placed BG Pathum United, have another success firmly in their sights after winning three of their last four top-flight outings at home (L1). Adding to Buriram’s confidence, they have won three Thai League 1 H2Hs at home in a row by an aggregate score of 11-1 since a 4-3 defeat in May 2017. Delivering action from the get-go, the ‘Thunder Castle’ have opened the scoring eight (78%) of their 11 home league fixtures this season, while the only time they conceded first in such contest, they came out on top.

That’s not good news for the visitors, who are winless in all five Thai League 1 away games in which they shipped the opener this term (D1, L4). Yet, after losing back-to-back league fixtures in late January, Ratchaburi have put together five top-flight games without defeat (W2, D3), with each of those three draws yielding an uneventful 0-0 scoreline. Ratchaburi’s hard-earned 2-1 win away to Chiangmai United in their most recent Thai League 1 trip brought their underwhelming nine-game winless league streak on the road to a halt (D4, L5). Curiously, Bruno Pereira’s side scored more goals in that victory (2) than they had in their previous four top-flight travels combined (1). Speaking of their scoring woes away from home, the ‘Dragons’ are one of only three sides in Thai’s top-flight yet to hit double digits on hostile turf this season (8). 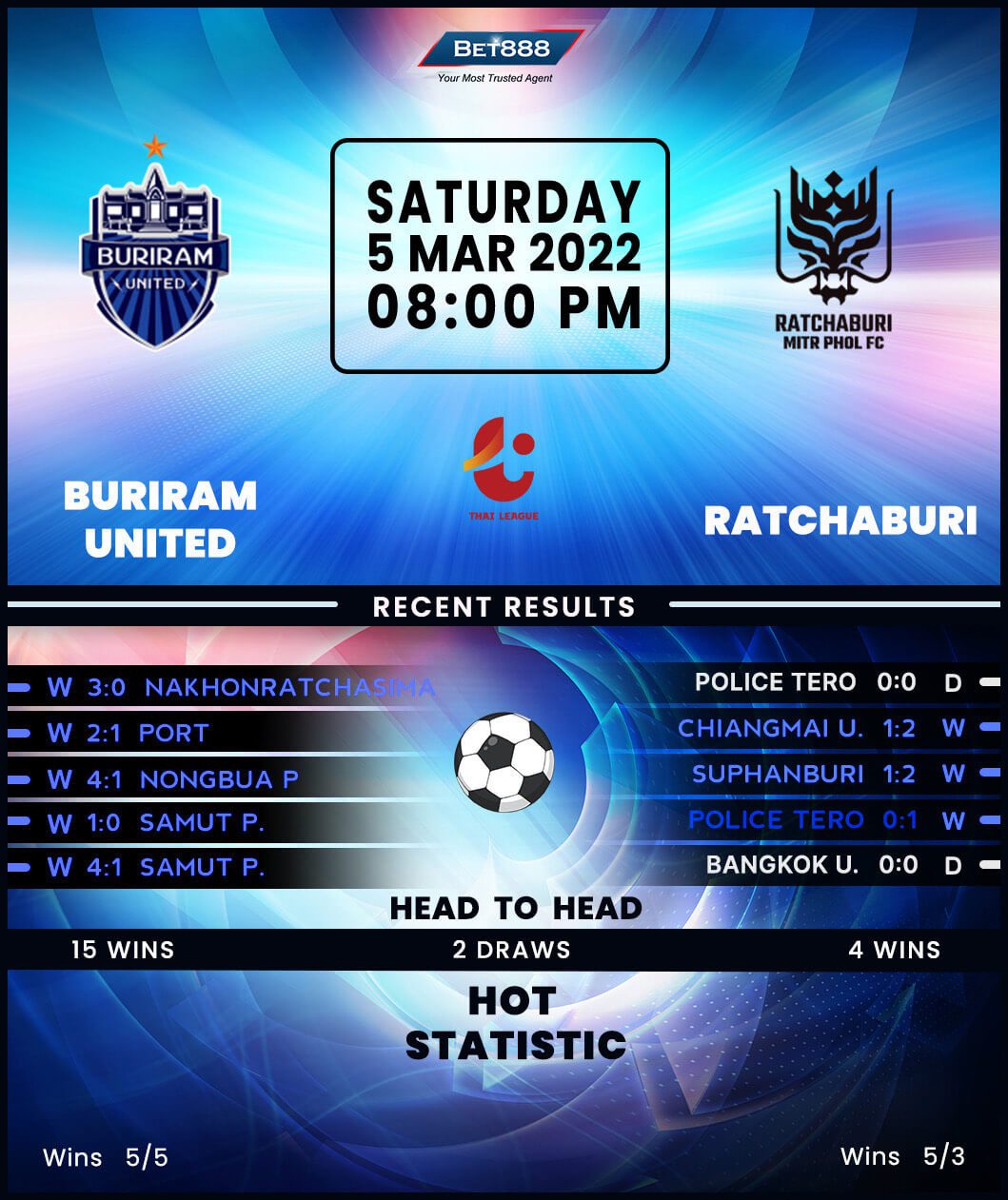