Despite taking a 1-0 half-time lead, Buriram United fell to a dismal 2-1 home defeat to Prachuap at the weekend. After stringing five consecutive wins to start the new calendar year on a high, the hosts are winless in their last two competitive outings (D1, L1), both of which saw them concede precisely two goals after taking the lead. But despite their recent form wobble, the ‘Thunder Castle’ will be odds-on favourites here, having won both top-flight H2Hs in 2021 by an identical 2-1 scoreline. Moreover, before the abovementioned loss to Prachuap, Buriram had gone unbeaten in a resounding 18 competitive home matches in a row (W16, D2). Since mid-October, Masatada Ishii’s men have kept six clean sheets in eight home games on home turf, underlining their status as Thai’s supreme power.

On the other hand, Samut Prakan City have experienced a false start to the new calendar year, picking up just one triumph from seven matches in all competitions (D4, L2 – 90 mins only). The visitors have suffered identical 2-0 defeats in the build-up to this game, conceding either side of half-time on both occasions. But their solitary success in 2022 so far has come in the previous round of the Thai League cup as they eased past lower-league outfit Pluakdaeng Rayong United 3-1. Against top-tier opponents, though, ‘Sea Fang’ have worryingly failed to get on the scoresheet in five consecutive away fixtures, losing four in the process (D1). Another similar scenario is seemingly waiting in the wings, with Samut Prakan succumbing to six defeats in their last seven visits to Buriram (W1). 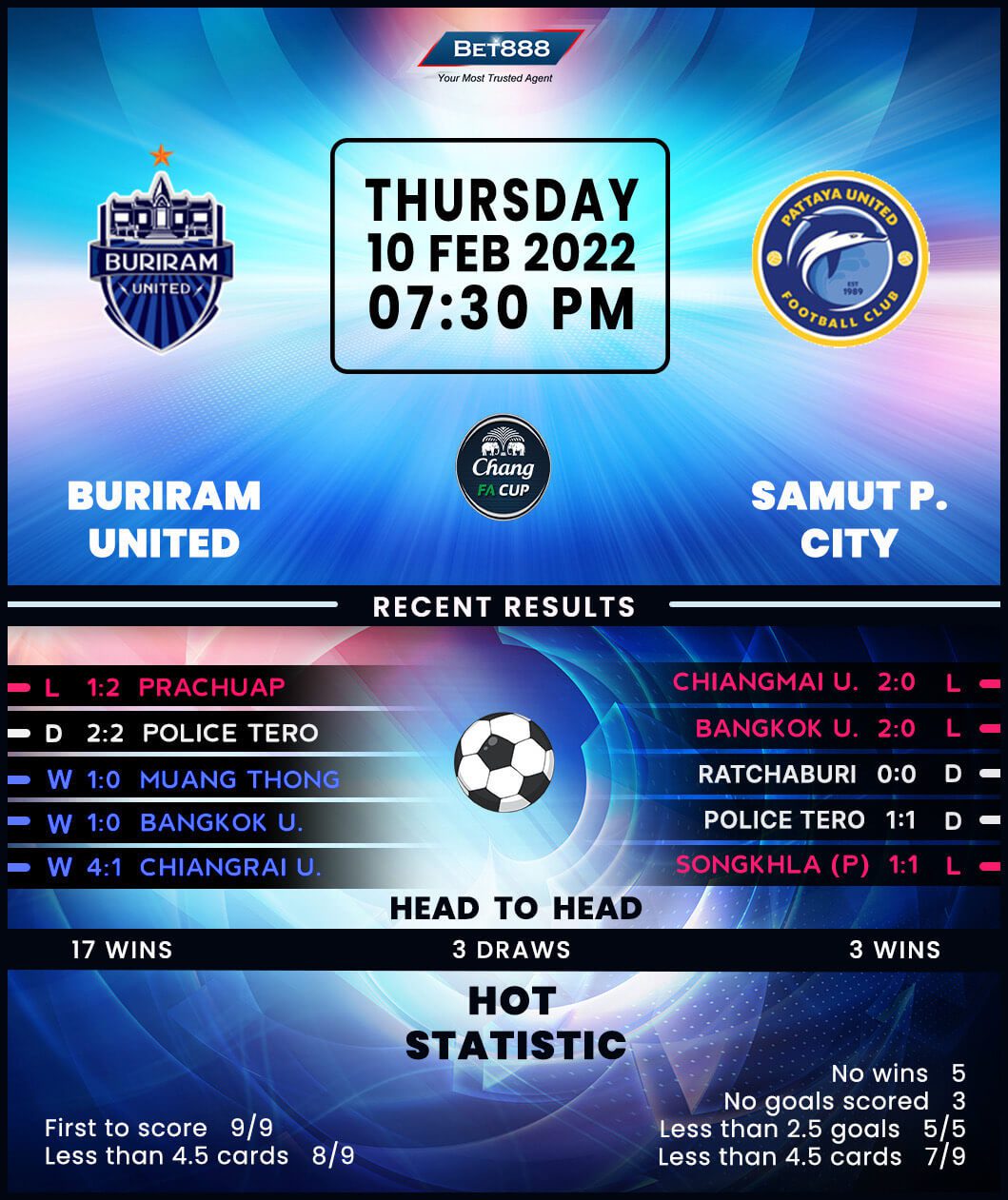