Gearing up for their 5,000th game in English league football since the foundation of the football league in 1888, Burnley could not be finding themselves in a worse spot. Rooted to the foot of the Premier League standings with a league-low one win from 19 matches to their name (D10, L8), the ‘Clarets’ face an uphill task of extending their top-flight status beyond the summer. Coming into this matchday, Sean Dyche’s men are winless in nine Premier League outings on the trot (D6, L3), failing to get on the scoresheet in five of them, including the last two. Given that just one of their ten Premier League goals scored against Manchester United arrived at home, the Turf Moor faithful should brace themselves for another uneventful display.

Meanwhile, seeking redemption following a lacklustre FA Cup exit at the hands of Middlesbrough, Manchester United will be targeting their third consecutive Premier League triumph for the first time under new boss Ralf Rangnick. Despite taking the field in fourth, United’s performances under the German strategist have flattered to deceive, as witnessed by their underwhelming average of 1.5 goals scored per league match under his stewardship. Indeed, the ‘Red Devils’ have netted under 1.5 goals in 62% of their Premier League fixtures under Rangnick. They can at least find comfort in knowing they’ve gone undefeated in all five top-flight road trips (W2, D3) since severing ties with Ole Gunnar Solskjaer in November. What’s more, they have won each of their last five Premier League visits to Turf Moor without conceding, further reinforcing their bid for another all-important victory. 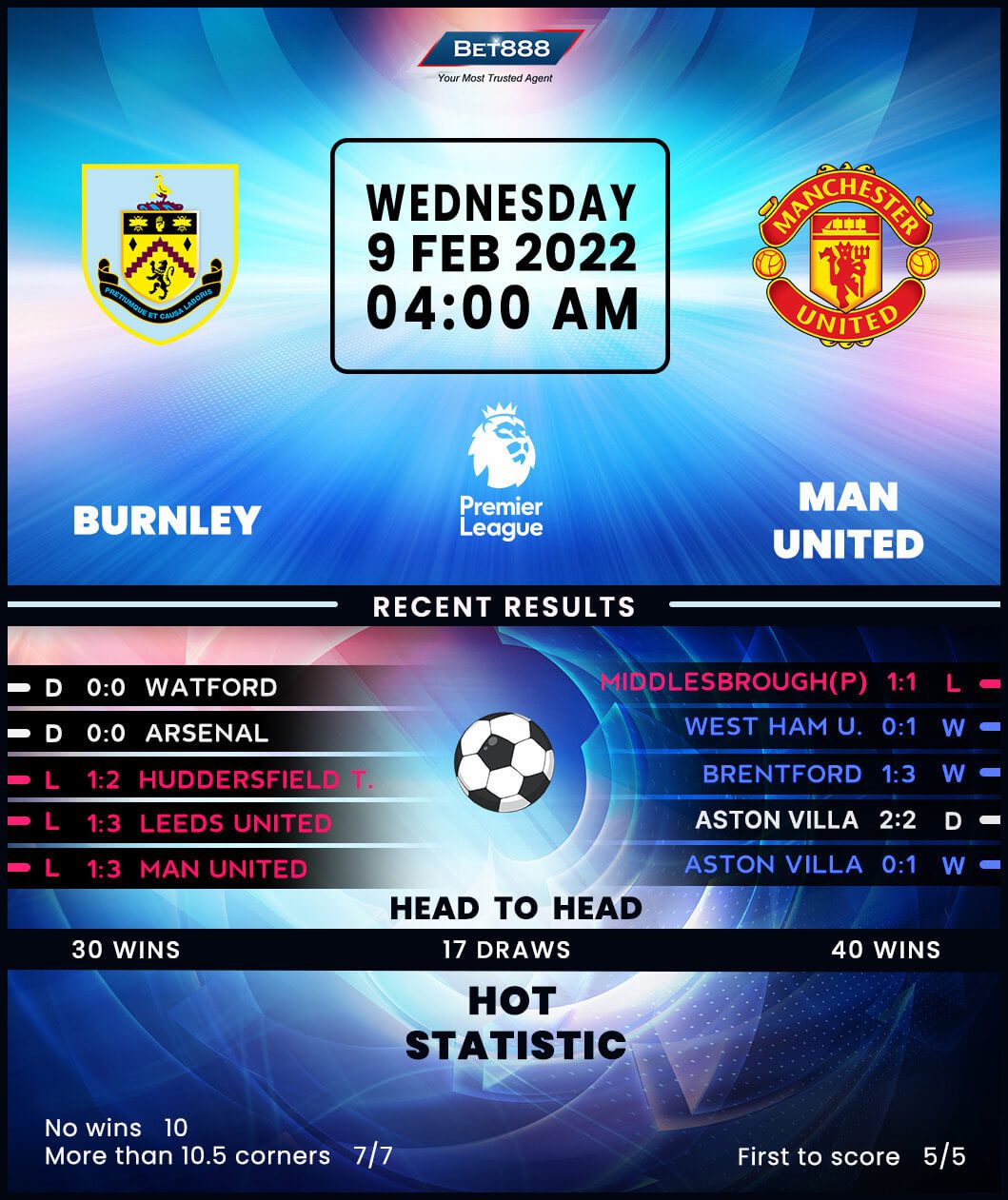