AC Milan will be looking to strengthen their Serie A title bid when they take on relegation-battling Cagliari at Sardegna Arena this weekend.

Cagliari’s path to salvation hit a couple of roadblocks in the build-up to this fixture, with Walter Mazzarri’s side suffering back-to-back defeats against Lazio and Spezia by an aggregate score of 5-0. A home return to Sardegna Arena could come in handy, but a run of three consecutive home league matches without winning (D2, L1) suggests otherwise. What’s even more concerning is that the ‘Islanders’ have gone winless in 16 of their last 17 top-flight H2Hs at home (W1, D6, L10), including a brace of 2-0 reverses in their last two such match-ups. Moreover, goals have been at a premium for Cagliari in their recent Serie A meetings with Milan. They’ve scored just once in their last six league H2Hs, including an embarrassing 4-1 defeat in the reverse fixture.

Meanwhile, Milan’s pursuit of their first Scudetto since 2010/11 are firmly on course following a pair of 1-0 victories over Napoli and Empoli in their last two Serie A outings. Having taken their unbeaten league streak to seven matches (W4, D3), ‘I Rossoneri’ sit three points clear of closest followers Napoli. Stefano Pioli’s men will feel relaxed despite playing far away from home, as they’ve averaged a league-high 2.35 points per Serie A trip this season (W10, D3, L1). Moreover, Milan have mustered four triumphs across their last five Serie A travels (D1), bagging a resounding average of 2.5 goals per game in that sequence. A strong first-half performance could do the trick for the visitors, who have ended up winning all seven away league matches in which they were ahead at half-time this season. 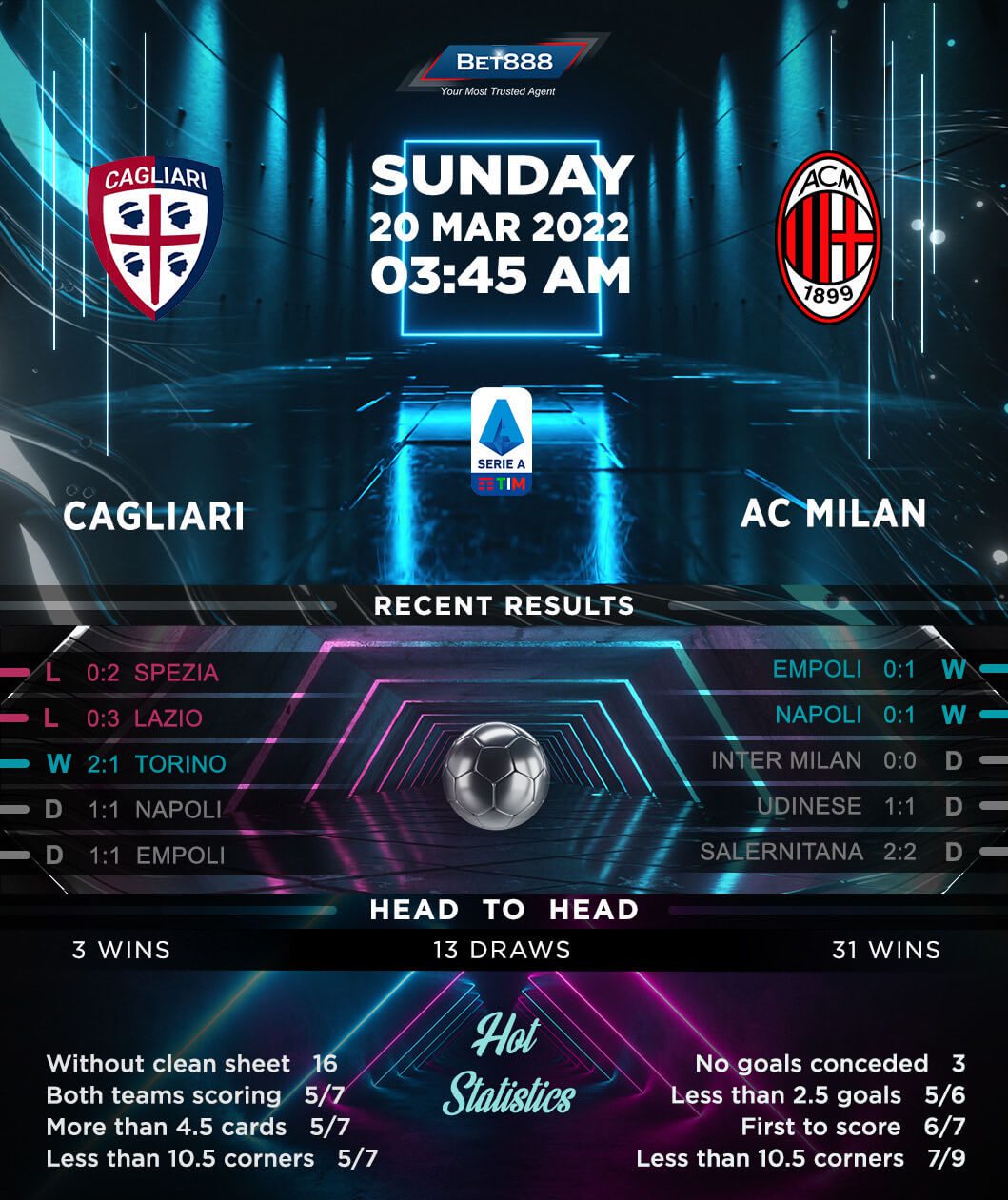