Sardegna Arena is the venue as reborn Cagliari and seventh-placed Lazio go head-to-head in an exciting Serie A encounter.

Cagliari have hit the ground running since losing 1-0 away to Roma in mid-January, going unbeaten in their last five Serie A matches in a row (W2, D3) to clamber out of the relegation zone for the first time this season. By extension, the abovementioned defeat at the Stadio Olimpico remains Cagliari’s lone reverse in their last eight Serie A outings (W4, D3). The hosts’ rich vein of form could inspire their bid to snap a disastrous 15-game winless Serie A streak against Lazio (D3, L12). Since the start of last decade, the ‘Sardinians’ have suffered 17 losses in their 22 Serie A meetings with Lazio, only losing more to Juventus (18) in the competition across that period. Conceding first may not necessarily end the home team’s hopes of staying unbeaten here as they’ve come from behind to pick up points in 50% of their such Serie A home games this term (3/6).

As for Lazio, a heartbreaking 2-1 home defeat to table-topping Napoli last time out brought their five-game unbeaten Serie A streak to a halt (W3, D2), leaving them a single point below sixth-placed Roma. However, ‘I Biancocelesti’ go into this matchday unbeaten in their last three Serie A away fixtures in a row (W2, D1) for the first time under current manager Maurizio Sarri. Yet, Lazio’s hopes of landing an all-important three points here will hinge on a fast start, as they’ve only won once in their eight Serie A away fixtures in which they conceded first this season (D2, L5). There’s plenty of reason for optimism in the travelling camp as Lazio are unbeaten in their previous seven Serie A visits to Cagliari (W5, D2), winning each of the last three on the spin by an aggregate score of 6-2. 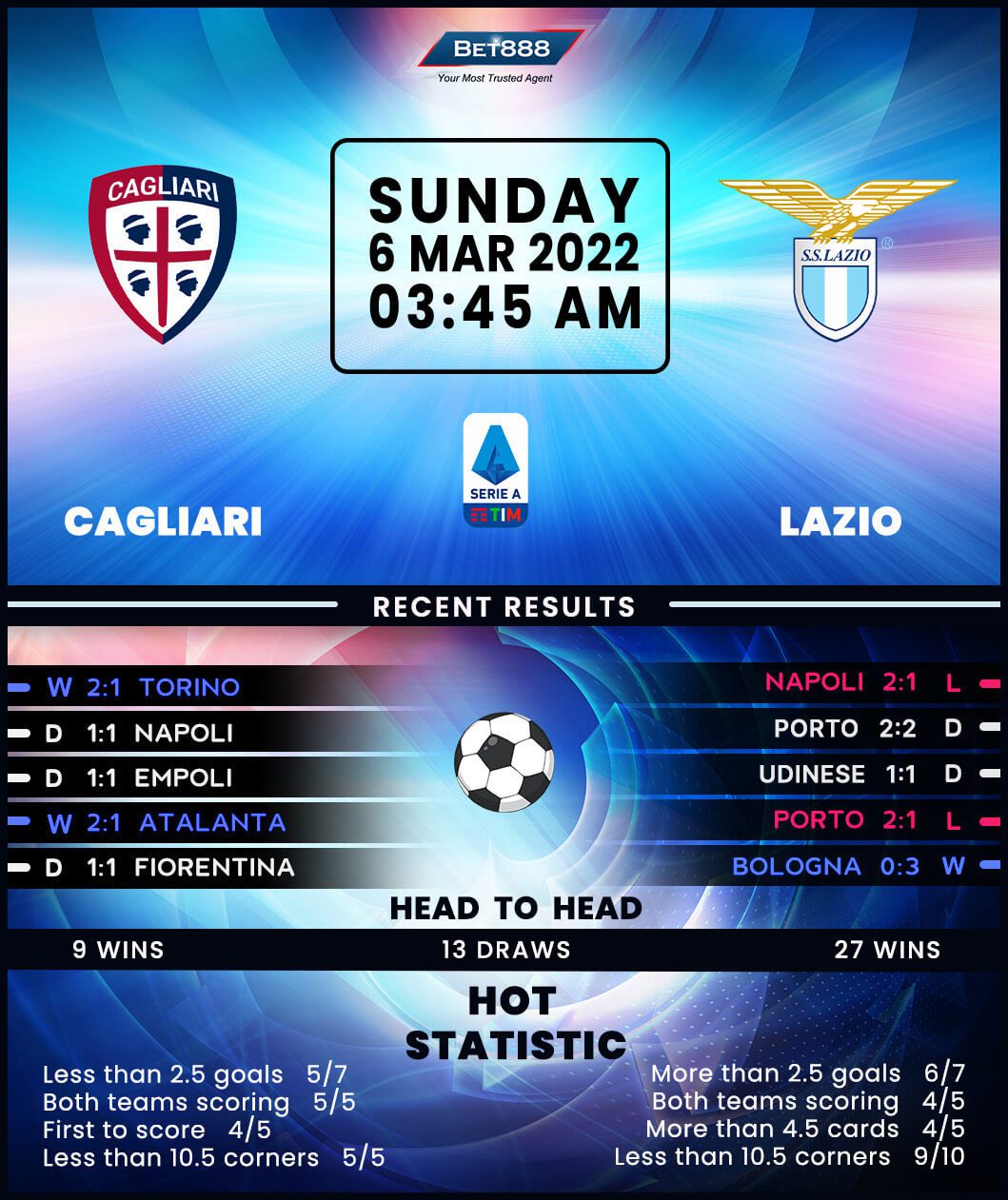