Cangzhou Mighty Lions enjoyed a stellar start to the new Chinese Super League season. They scored on either side of half-time to beat Beijing Guoan 2-1 as pre-match outsiders on Matchday 1. Yet, they have since gone winless in three league games (D2, L1), including a narrow 1-0 defeat away to Shenzhen last time out. Low scoring has been a common theme in Cangzhou’s top-flight matches early in the season. Their last three league outings have featured under 2.5 total goals, highlighting the potential for a tight, cagey affair. Indeed, their three previous top-flight encounters against Tianjin have yielded a full-time margin of under 1.5 goals (W1, D1, L1).

In the meantime, it’s been an abysmal start to the season for Tianjin Jinmen Tiger thus far. Back-to-back defeats sandwiched by a pair of draws see the visitors enter this round as none of just four sides yet to pick up a single win this term. Much of Tianjin’s problems early in the season have emanated from a lacklustre attack that has netted an average of just 0.75 goals per Chinese Super League game. Don’t expect them to kick things off early either, as two of their three top-flight goals scored this season have come on or beyond the 60th minute. 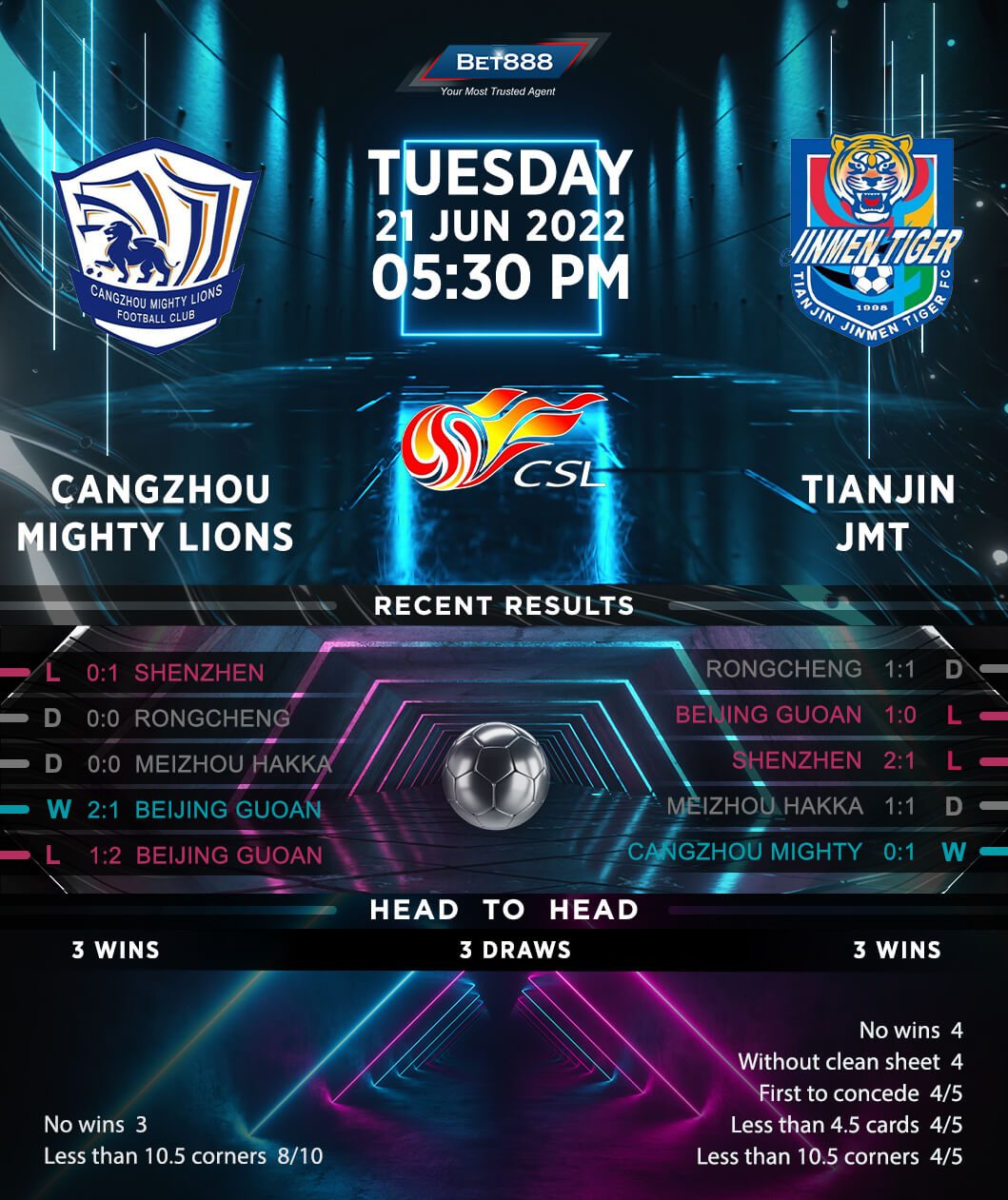