Celta claimed a tight 2-1 home victory over Osasuna last time out to break a three-game winless La Liga streak (D1, L2) and further solidify their position in mid-table. Despite enduring a somewhat topsy-turvy period, ‘Los Celestes’ showcased their capability to produce high-scoring matches regularly, with five of their last six league fixtures seeing over 2.5 goals and both teams scoring. Before the abovementioned success against Osasuna, Eduardo Coudet’s men were winless in their previous four home La Liga games (D2, L2), which has been the case in their last two top-flight H2Hs as hosts (L2). Another ‘goal-friendly’ affair is well on the cards, considering that each of the last four La Liga meetings between these two sides at the Balaídos has seen both teams on the scoresheet in matches garnering 4+ FT goals.

In the meantime, the visitors have collapsed following a 1-0 away win at Eibar on Matchday 30, going on to lose three La Liga games in succession, suffering identical 1-0 defeats in their last two league outings. The ‘clean-sheet’ theme has highlighted Levante’s recent away La Liga fixtures as all of the last five have seen one side fail to get on the scoresheet (W2, L3), with each of them featuring under 2.5 total goals. Worryingly, though, slow-starting Levante have conceded the opening goal in a league-high 13 La Liga trips this season, albeit they’ve avoided defeat in 46.15% of such contests (W2, D4, L7). Action-packed football in the latter stages of play should not be discarded, given that 50% of their away league matches so far have seen a goal scored beyond the 75-minute mark (8/16). 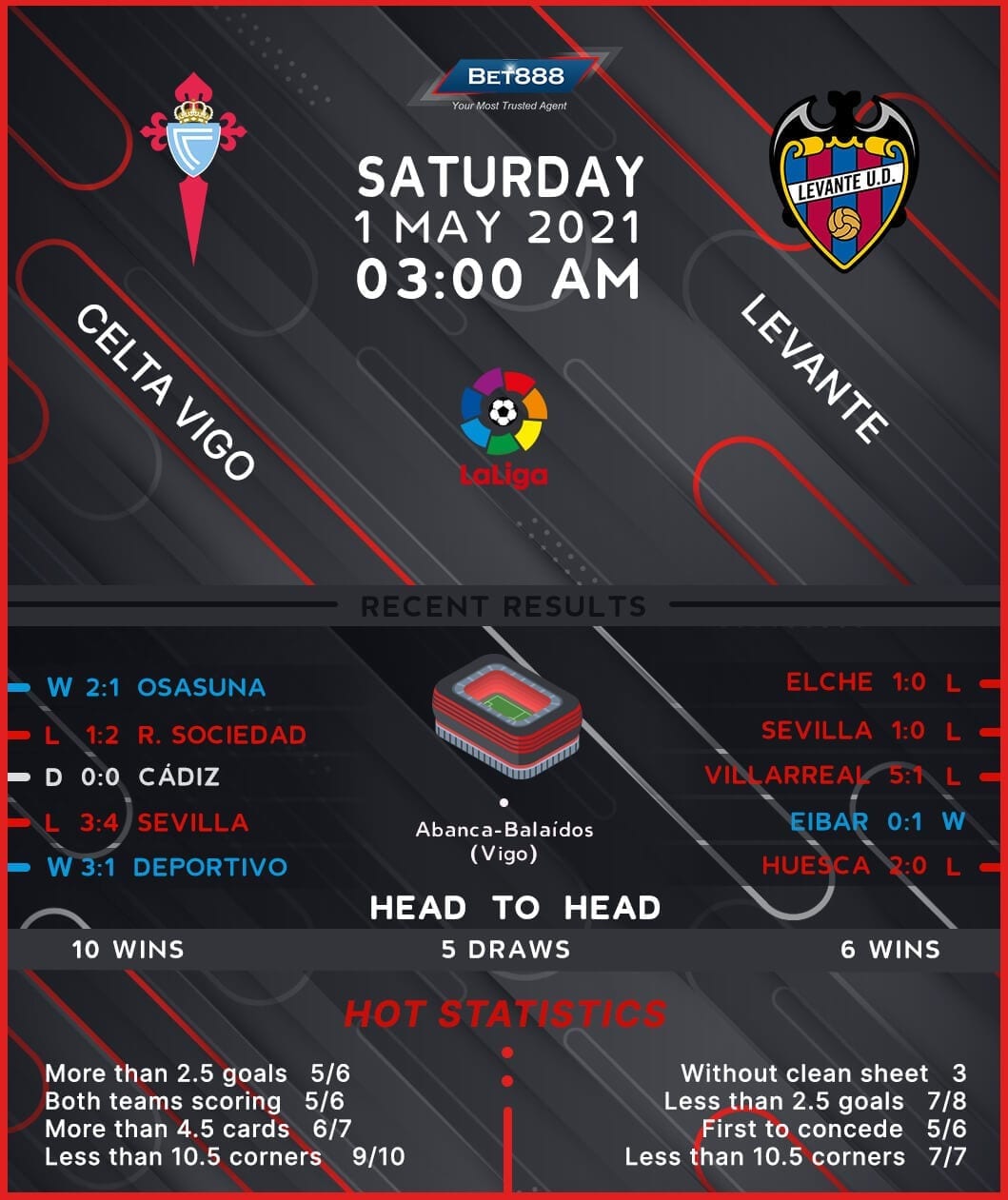