Mid-table Celta Vigo will be looking to maintain their upturn in form when they encounter rock-bottom Levante in an intriguing La Liga affair.

Since succumbing to a narrow 1-0 loss at Real Sociedad in early January, Celta Vigo have alternated between victories (2) and draws (2) across their last four La Liga outings, reinforcing their bid for an unexpected European finish. Despite experiencing a thoroughly underwhelming start to the season, ‘Los Celestes’ are now eight points adrift of sixth-placed Villarreal with a game in hand. But to stay on the upwards trajectory, Eduardo Coudet’s side will have to defy their three-game H2H record against Levante at home (W1, L2). Celta’s hopes of earning three points here will hinge on a fast start, as they’ve gone winless in all seven La Liga home matches in which they conceded the opening goal this season (D2, L5). There’s plenty of reason for optimism, though, as they’ve won their last three home league games, each by a two-goal margin.

In the meantime, Levante stunned defending La Liga champions Atletico Madrid last time out, pulling off a sensational 1-0 win in the country’s capital to end a run of three successive league defeats. However, the ‘Granotes’ face an uphill battle to avoid relegation, as they sit ten points below 17th-placed Granada. Levante should feel comfortable about themselves after registering their first La Liga clean sheet since April 2021, a feat they last managed to achieve at Balaidos back in October 2013. Alessio Lisci’s men will have to work their socks off if they are to keep Celta at bay, especially as they’ve conceded a league-high 2.42 goals on average per away league match this season. In fact, Levante are the only side in La Liga to have conceded 50+ overall goals in the competition to date! 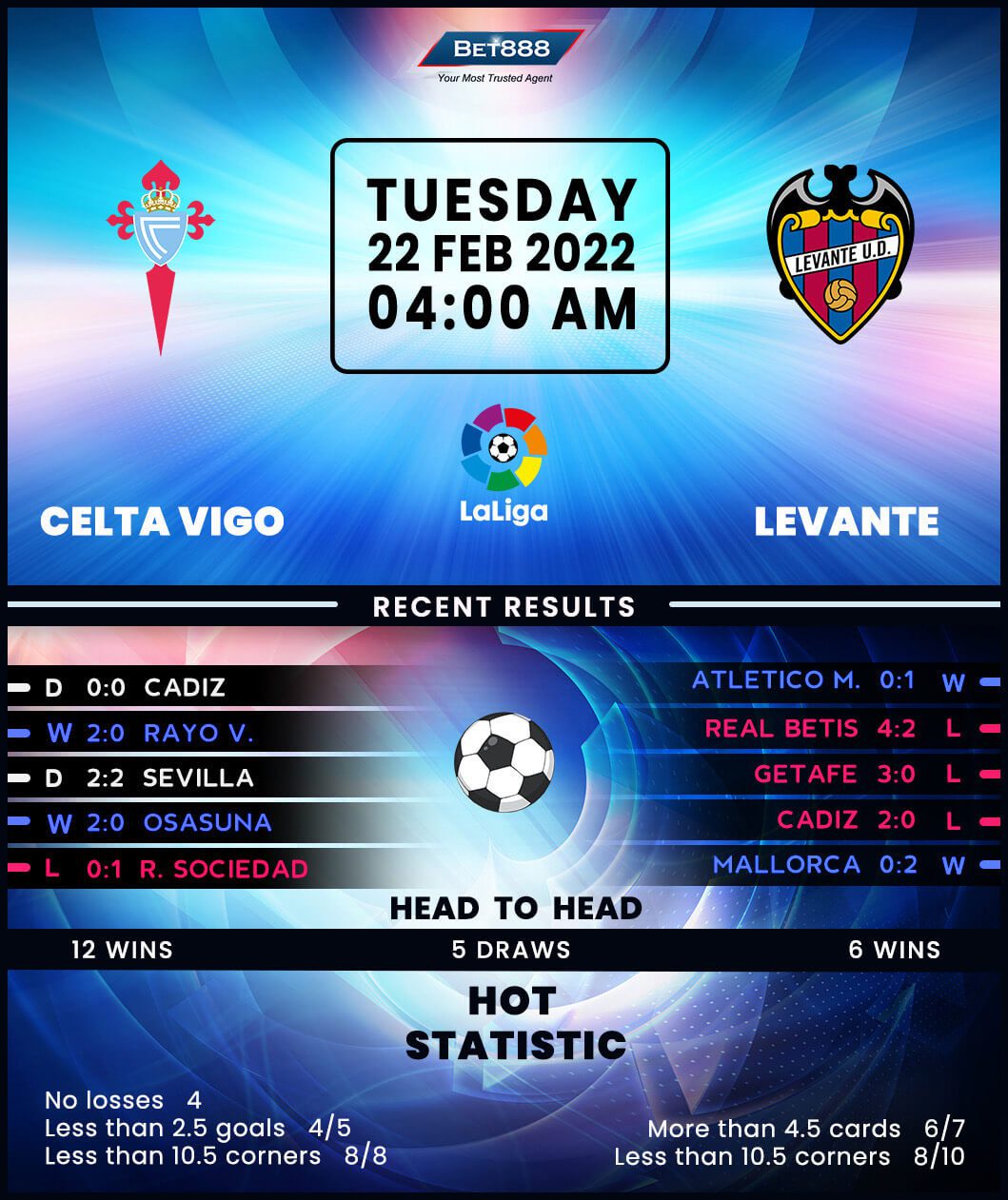