The latest edition of the famous Old Firm pits bitter rivals Celtic and Rangers against each other in a potentially title-deciding showdown at Celtic Park.

Despite falling a man down at the weekend, Liel Abada’s last-gasp winner handed Celtic a precious 1-0 home win over Dundee United, keeping them firmly in the title race. Now unbeaten in their last 16 Scottish Premiership fixtures in a row (W13, D3), the ‘Bhoys’ will be looking to leapfrog Rangers to the summit with a win here. Adding to their confidence, Ange Postecoglou’s men have yet to lose a single top-flight home match this season (W10, D2), winning each of the last five on the trot by an aggregate score of 7-1. Indeed, four of those five triumphs came ‘to nil,’ highlighting Celtic’s strength at the back. They’ll need their defensive stubbornness at its best after going seven consecutive H2Hs without a clean sheet.

In the meantime, despite overturning a 1-0 HT deficit, a 95th-minute goal from Ross County held Rangers to an action-packed 3-3 draw at the weekend, allowing Celtic to reduce the gap to only two points. But, like their arch-rivals, the ‘Gers’ go into proceedings amid a purple patch, having gone unbeaten in 21 consecutive Scottish Premiership games since a 1-0 away loss to Dundee United on Matchday 2 (W18, D3). Away from home, Giovanni van Bronckhorst’s men have won eight of their last ten top-flight outings (D2), four (50%) of which have been accompanied by a clean sheet. Curiously, though, barring the abovementioned defeat to Dundee, Rangers have won all three remaining away league games in which they conceded first this term. 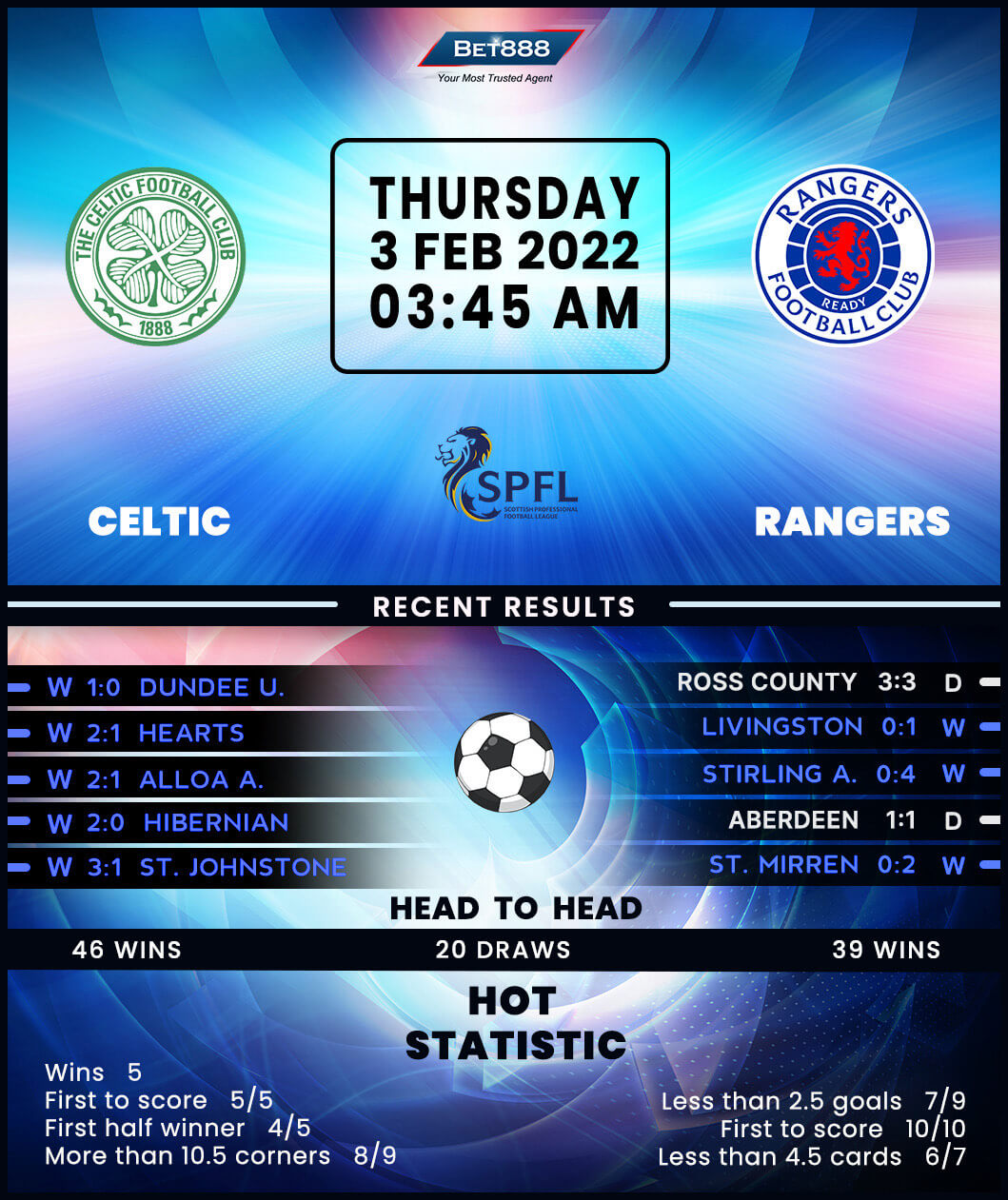