A dismal return of one win from four MLS fixtures (D1, L2) has seen Charlotte slip to ninth in the Eastern Conference, three points adrift of seventh-placed Cincinnati. As they bid to bounce back from back-to-back winless league games (D1, L1), a homecoming meeting with Austin could be just what the doctor ordered. Christian Lattanzio”s men have been nothing short of exceptional at home turf this term, winning six from eight matches (L2), including the last two in a row. But entertainment has been relatively sparse at the Bank of America Stadium, as witnessed by a mediocre average of two goals per game. That’s thanks to Charlotte’s rock-solid defence that has conceded just five goals in eight home MLS outings.

Meanwhile, Austin looked on the verge of challenging Los Angeles for the top place in the Western Conference before an underwhelming four-game MLS record (W1, D2, L1) impeded their momentum. With Los Angeles now five points clear, the visitors can ill-afford another slip-up if they are to remain in the top-table picture. However, Austin’s lack of consistency has seen them alternate between victories (3) and defeats (2) across their last five MLS travels. Conceding first may not necessarily take the unpredictability away from this contest. Josh Wolff’s men have won two of their four league travels in which they conceded the opening goal, losing the other two. 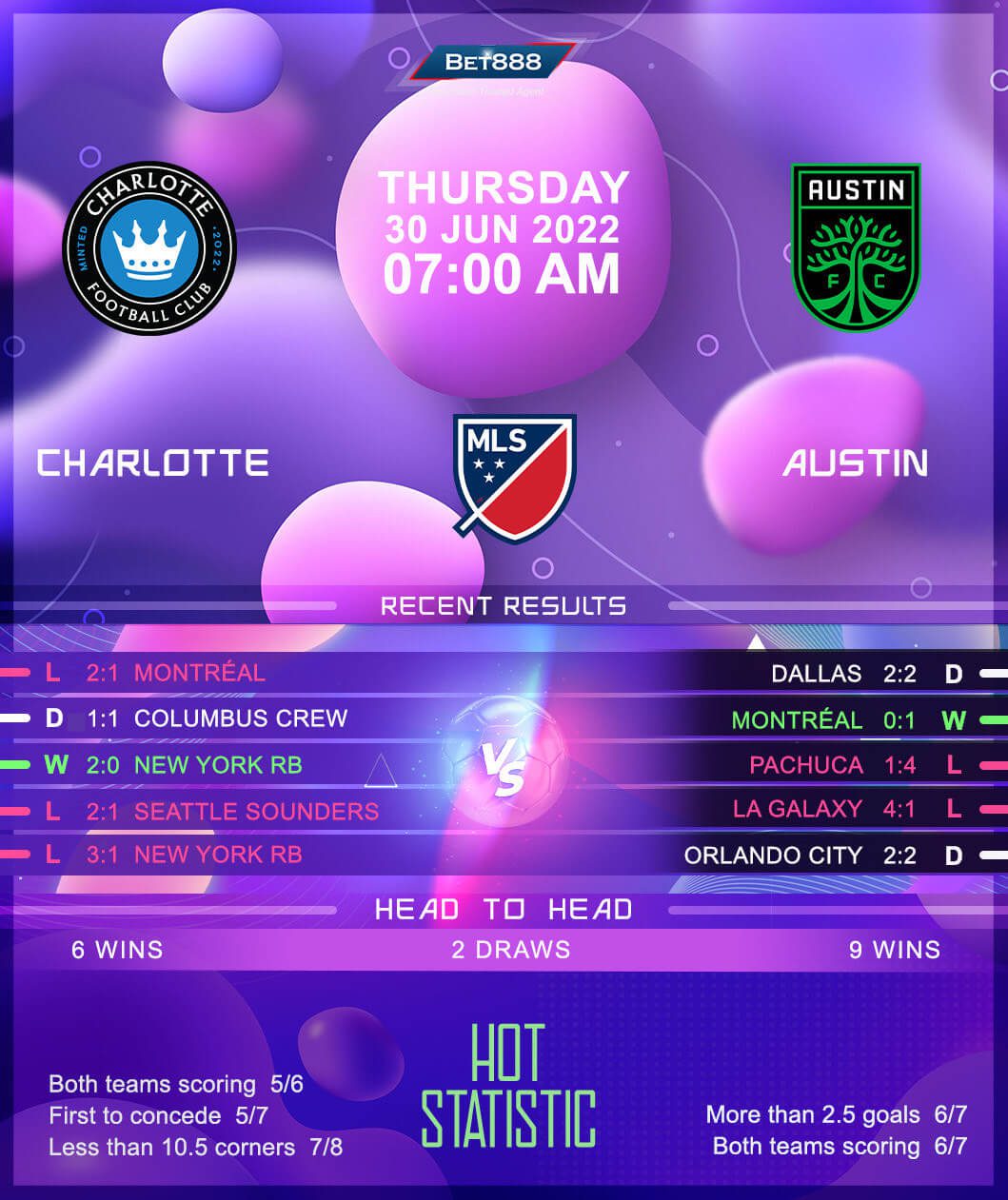