Chelsea and Arsenal are set to trade tackles in an all-London Premier League showdown at Stamford Bridge.

Brimming with confidence after beating Crystal Palace 2-0 to set up a mouth-watering FA Cup trophy showpiece against Liverpool, Chelsea will be looking to complete their first league double over Arsenal since 2015/16. However, the ‘Blues’ are winless in their last 11 Premier League midweek meetings with the bitter cross-town rivals (D6, L5) since a 2-1 victory in 1976. Thomas Tuchel’s side suffered a humiliating 4-1 defeat to Brentford in their most recent Premier League home outing. Another reverse here would see Chelsea lose back-to-back London derbies at Stamford Bridge for the first time in the 21st century. Indeed, they’ve lost their last two competitive home matches, as many defeats as they had in their 27 home fixtures beforehand (W17, D8).

On the other hand, a disheartening 1-0 defeat away to Southampton last time out made it three losses from three for Arsenal, who are experiencing this feat in the Premier League for the third time under Mikel Arteta. The ‘Gunners’ now stare at the prospect of losing four consecutive Premier League games for the first time since 1995. Signs are ominous, as they’ve suffered successive away league defeats by 2+ goals ‘to nil’ following a run of three consecutive league victories on the road. Conceding first would spell disaster for Arsenal’s hopes of emulating last season’s success when they won this exact fixture 1-0. Indeed, Arteta’s men have lost all five Premier League away matches when shipping the opening goal this season. Likewise, five of their seven top-flight triumphs on the road this term have come ‘to nil.’ 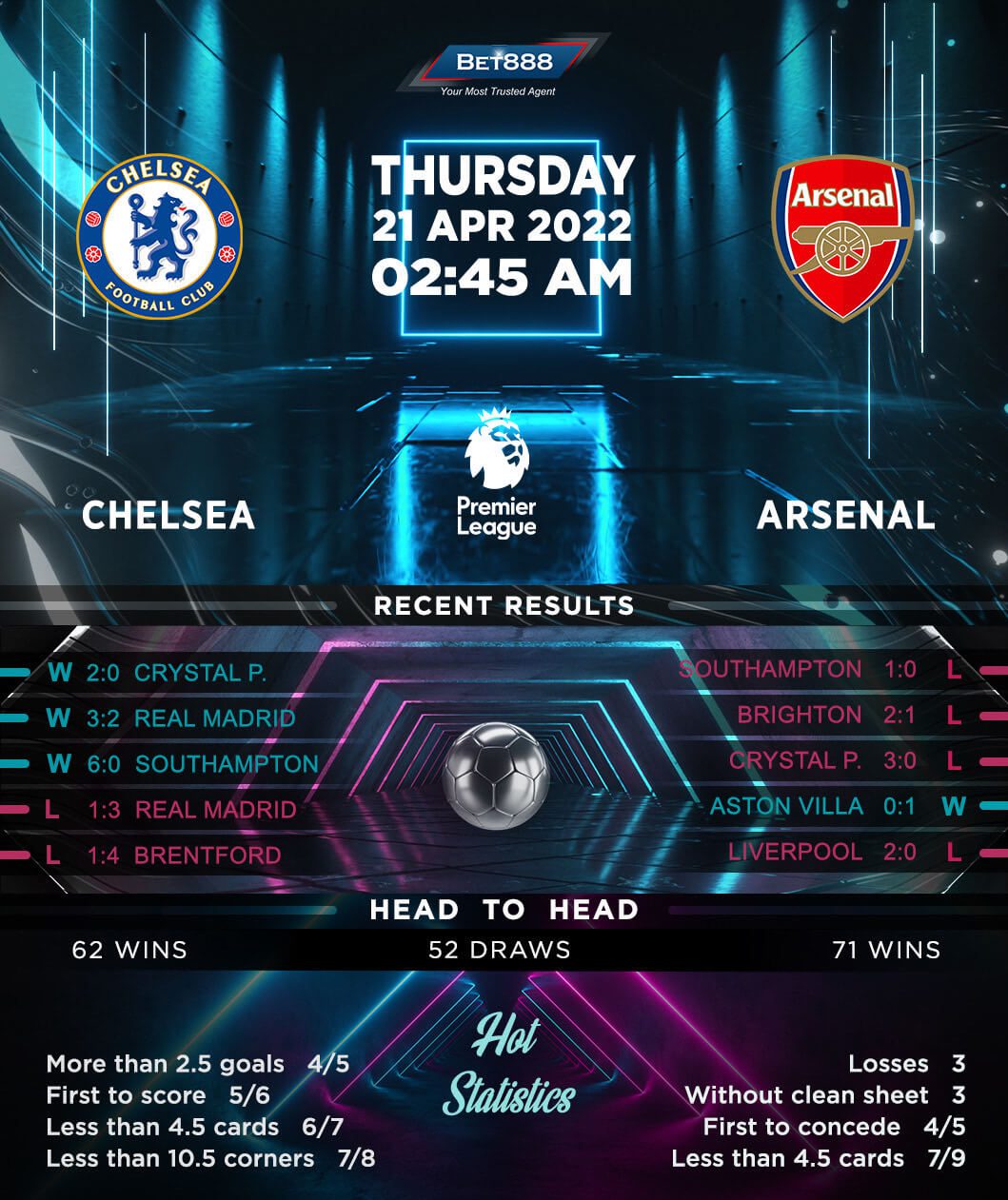