Chelsea claimed a comprehensive 4-1 win at Crystal Palace last time out, putting an end to their two-match winless streak in the Premier League (D1, L1). Interestingly, though, the ‘Blues’ have conceded six goals in their last two Premier League fixtures, four more than they managed in Thomas Tuchel’s first ten top-flight games in charge of the team (2). After going down 5-2 to West Brom in their most recent home Premier League match, the Londoners face the prospect of losing back-to-back home league games for only the third time in the Roman Abramovich era. A half-time lead would make things easy for Chelsea, given their resounding 85.71% win ratio in the Premier League fixtures in which they were in front at the interval this season (W12, D2). Notably, the ‘Pensioners’ have not conceded first in any of their seven top-flight meetings with Brighton, winning six of them while drawing the other one.

On the other hand, the visitors have gone from back-to-back Premier League triumphs to two consecutive league games without winning (D1, L1), albeit they opened the scoring three times during that four-match sequence. A trip to Stamford Bridge may stir some painful memories, considering Brighton have lost each of their six competitive fixtures here, including all three since earning promotion in 2017 ‘to nil.’ Brighton’s recent away Premier League matches have been notably tight as all of the last nine have seen the sides separated by under 1.5 goals at full-time (W3, D3, L3). Graham Potter’s men have lost five of the six top-flight road games in which they were behind at half-time this term (D1). Encouragingly, though, the ‘Seagulls’ have kept ten clean sheets this Premier League campaign, seven of which have come since the calendar flipped to 2021. 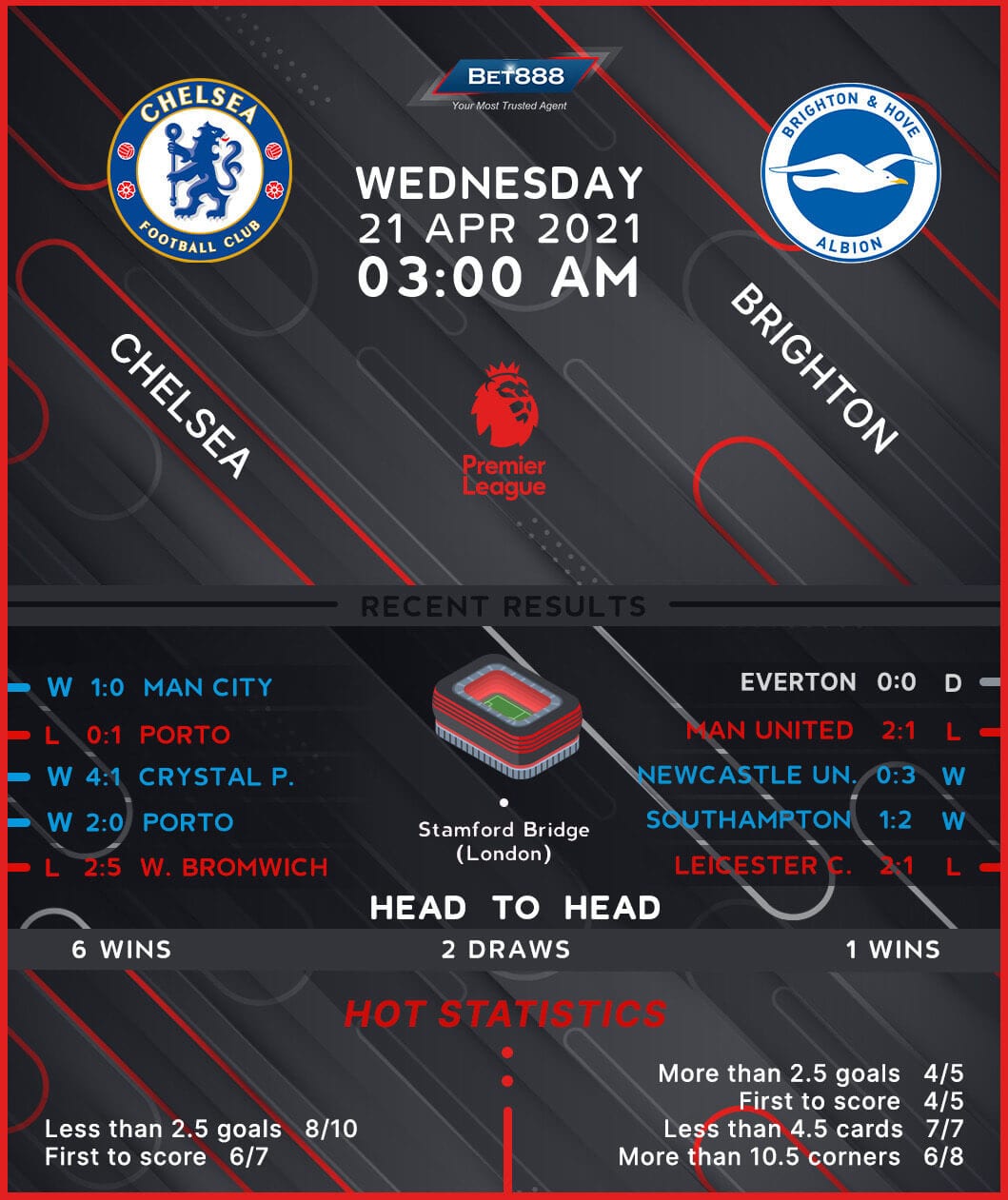