After a 1-1 first-leg draw with Real Madrid in their UEFA Champions League semi-final tie, Chelsea return to the Premier League action this weekend as they welcome Fulham to Stamford Bridge in an all-London match-up.

Chelsea have hit the ground running in the Premier League under Thomas Tuchel, suffering just a single loss in 14 league matches since the German replaced Frank Lampard in the dugout back in January (W8, D5). But winless in their last two home Premier League fixtures (D1, L1), the ‘Blues’ face a risk of failing to win three consecutive top-flight encounters at Stamford Bridge for the first time this season. Tuchel’s men can draw confidence from their impressive record in London derbies this Premier League season (W6, D1, L1) and the fact they have kept a clean sheet six times across those eight showdowns. Yet, low scoring has been a theme in Chelsea’s recent competitive games as each of the last five has featured two goals or less, with four of them producing under 1.5 total strikes.

Meanwhile, with the prospect of relegation looming, Fulham go into this meeting winless in five Premier League matches (D1, L4) and seven points adrift of 17th-placed Newcastle United. A lack of firepower up front has seen the ‘Cottagers’ net a league second-low 25 goals this top-flight campaign, with only dead-last Sheffield United scoring fewer goals (18) than them. Also, Scott Parker’s men drawn more away Premier League games (8) than any other side this term, including six of nine this calendar year (W2, L1). Worryingly, the visitors have claimed just a single triumph in their last 29 Premier League trips to Stamford Bridge (D10, L18), losing both of their previous league visits to this venue via the same 2-0 scoreline. 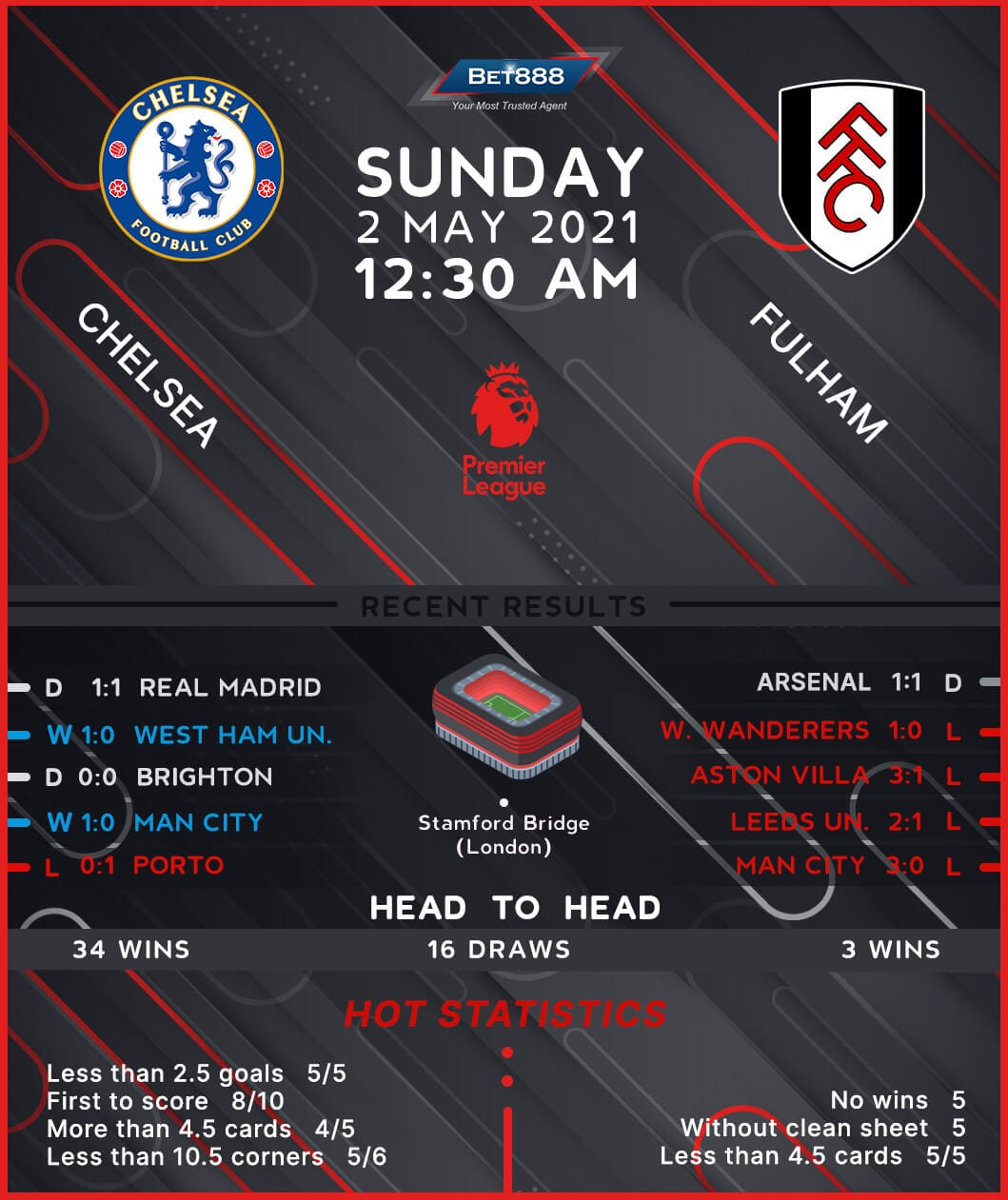