Stamford Bridge is the venue as Chelsea and Lille go head-to-head in the first leg of their UEFA Champions League last-16 tie.

Chelsea’s Champions League title defence continues against a side they defeated in both group stage encounters in the 2019/20 group stages by the same 2-1 scoreline. Indeed, the ‘Blues’ are enjoying a four-game winning streak against French clubs, though their 11-game record in such fixtures reads indifferently (W5, D2, L4). However, the Londoners have only lost one of their last 11 European meetings with Ligue 1 visitors at home (W6, D3), courtesy of a 2-1 defeat to PSG in the 2015/16 Champions League knock-outs. Topically, Stamford Bridge has been a fortress this season, with Thomas Tuchel’s side going unbeaten in their last 15 competitive home fixtures (W8, D7) since a 1-0 loss to Manchester City in late September. One potential worry for Chelsea is that they’ve only won one of their four two-legged ties against Ligue 1 teams.

On the other hand, Lille finished top of Group G by the skin of their teeth, putting together three consecutive victories after picking up just two points from their opening three group stage outings. Coming into this fixture, ‘Les Dogues’ have won one of their last four competitive matches (D1, L2), scoring a measly average of 0.5 goals per game in that period. It’s been 15 years since Lille last featured in the Champions League round of 16 when their European journey incidentally came to a halt at the hands of Chelsea’s fellow Premier League rivals Manchester United. Adding to the travelling side’s sizeable list of concerns, they have lost each of their last four European visits to England. Meanwhile, their overall record against Premier League sides reads disastrously (W1, D1, L6). 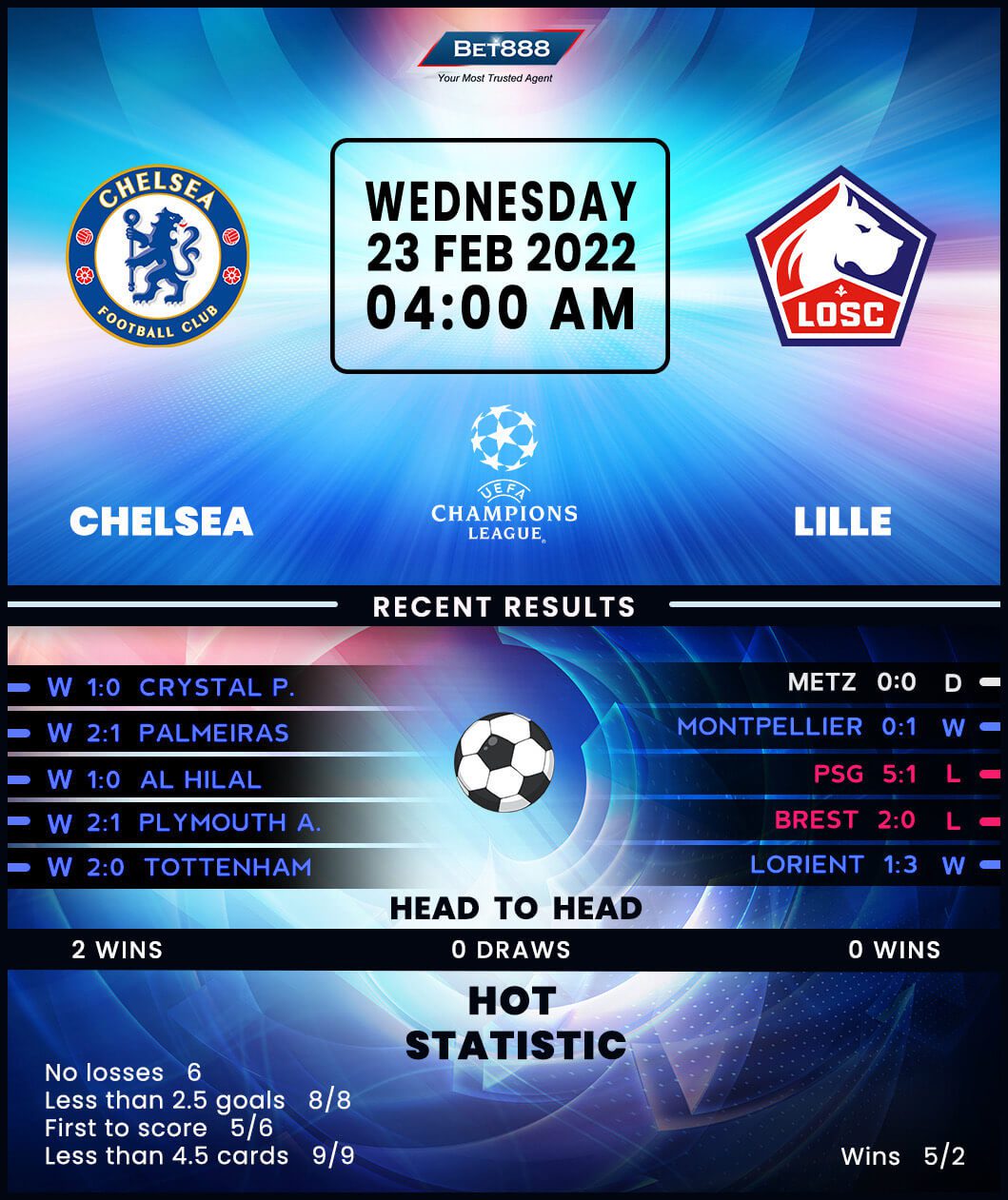