Chelsea and Newcastle United are set to square off at Stamford Bridge in a clash of the two in-form Premier League sides.

Chelsea head into proceedings amid a nightmare surrounding the club’s owner Roman Abramovich, who has seen his assets frozen by the British government. However, Thomas Tuchel’s men have hit a purple patch, having won their last four Premier League matches by an aggregate score of 10-1, including midweek’s 3-1 triumph away to relegation-battling Norwich City. Back at Stamford Bridge for the first time since mid-January, the ‘Pensioners’ are looking to stretch their nine-game unbeaten league streak on home turf (W4, D5). They appear to be in a prime position to make it happen, as they are up against a Newcastle side they’ve defeated in each of their last eight top-flight H2Hs in London. Moreover, Chelsea are unbeaten in 34 consecutive Premier League fixtures played in March (W29, D4) since losing to Sunderland in 2001!

High-flying Newcastle could throw a spanner in Chelsea’s works, though, as they go into this round riding on a run of nine Premier League games without defeat (W6, D3). Moreover, the ‘Magpies’ have won each of their last three Premier League outings, only one victory less than they had in their first 24 matches in the competition this season (W4, D10, L10). It’s no wonder that they’ve gone from one of the hottest relegation candidates to legitimate top-half contenders. But Eddie Howe’s men have encountered no luck against top-three sides of late, having suffered 23 defeats across their last 24 Premier League such match-ups (W1). Despite easing past Brentford 2-0 in their most recent visit to London, Newcastle (82) have lost more Premier League away games to the capital-based sides than any other team in the competition’s history. 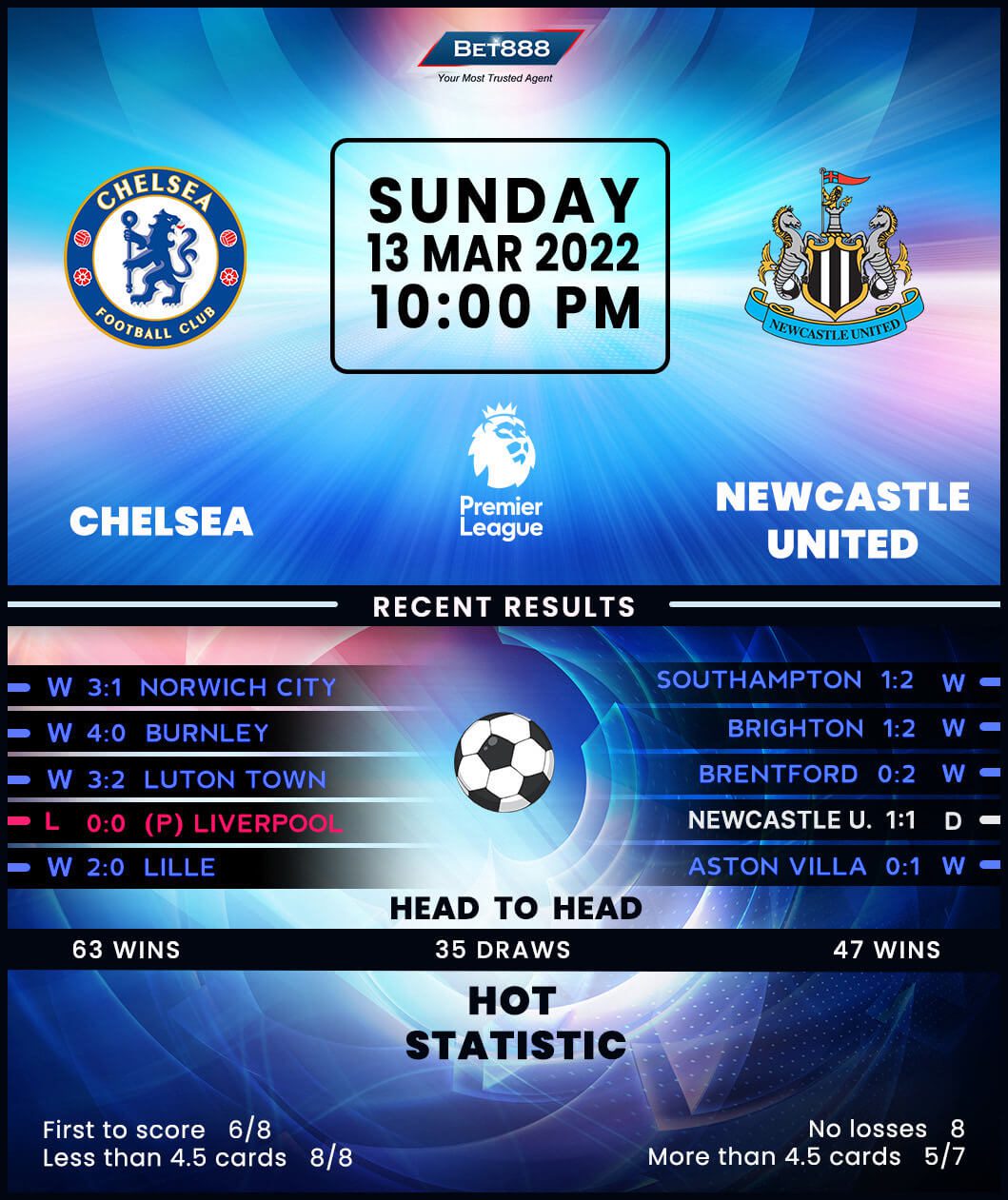