Seeking redemption following an embarrassing 4-2 home defeat to cross-town rivals Arsenal in midweek Premier League action, Chelsea will hope to redeem themselves to the Stamford Bridge crowd. Indeed, the ‘Blues’ have lost three consecutive matches at the Bridge for the first time in the 21st century. Against this backdrop, they have lost just one of their last 15 Premier League home meetings with West Ham (W10, D4). Adding to Chelsea’s confidence, they have suffered just one reverse in their 25 previous Premier League London derbies played on Sundays (W18, D6). Moreover, Thomas Tuchel’s men are unbeaten in all eight top-flight fixtures held on a Sunday this season (W5, D3). Defensive improvement is required, with Chelsea conceding four goals apiece across their last two Premier League home outings.

On the other hand, West Ham’s lack of consistency has seen them alternate between winning (4) and not winning (4) across their last eight Premier League games. That’s mainly thanks to their underwhelming away form that has seen the ‘Hammers’ go winless in five successive Premier League road trips (D1, L4) since a 3-2 win at Crystal Palace on New Year’s Day. However, success at Selhurst Park aside, David Moyes’ men have lost their three remaining top-flight London derbies outside the London Stadium this season. What’s more, West Ham have succumbed to three straight away league reverses in the build-up to this trip, conceding six goals while scoring just one in return. On the bright side, they’ve won three of their last five Premier League H2Hs (L2), including a come-from-behind 3-2 victory in the reverse fixture. 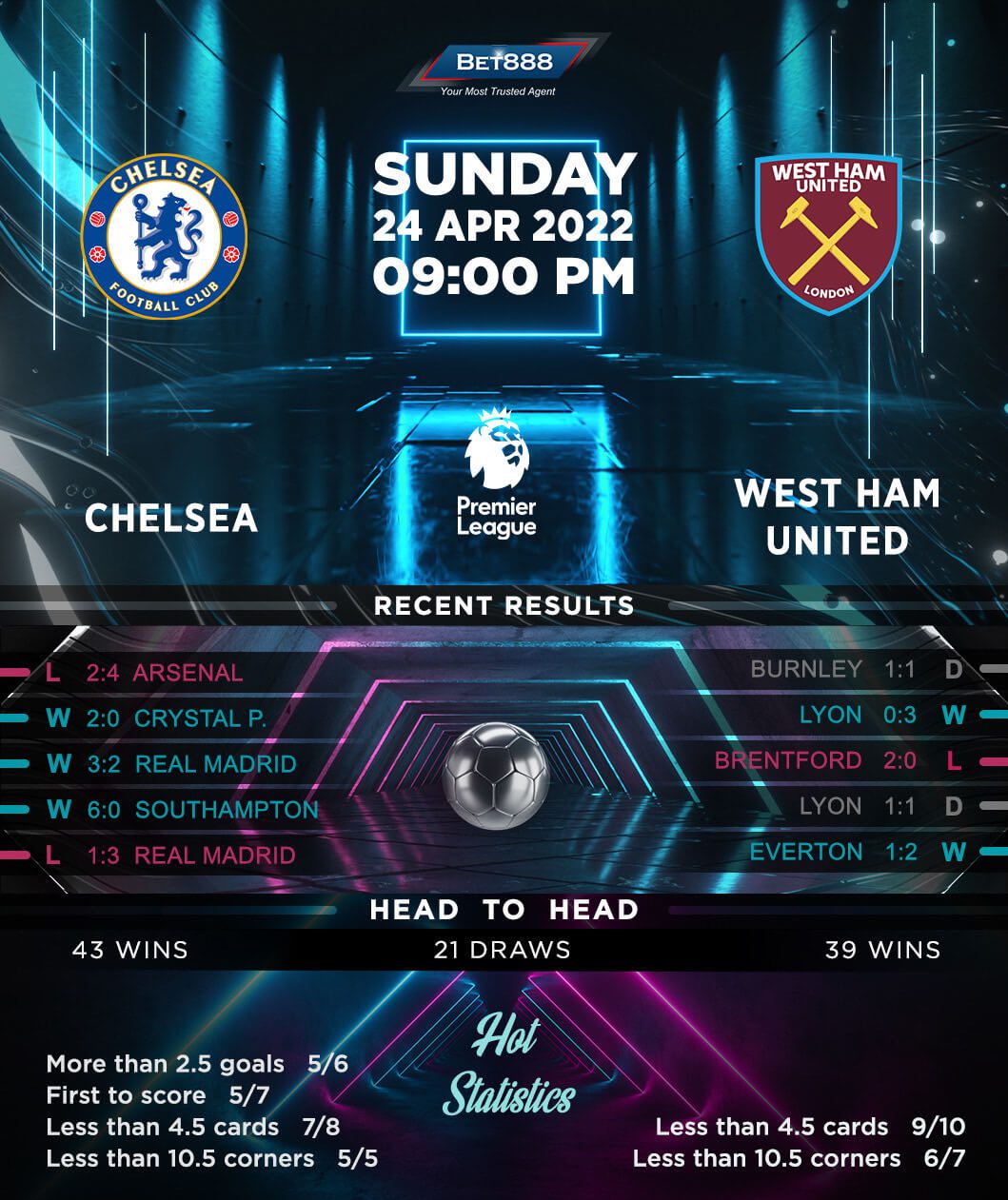