Chelsea will be looking to consolidate their position in the Premier League top-four race when they take on Wolverhampton Wanderers at Stamford Bridge.

Not long ago, Chelsea looked destined for a third-place finish, yet an abysmal four-game Premier League form (W1, D1, L2) threatens to suck Thomas Tuchel’s side back into a top-four battle. With fifth-placed Tottenham Hotspur now only five points behind, the ‘Pensioners’ will be keen to extend their eight-match unbeaten home league streak against Wolverhampton (W5, D3). Goals have been in short supply for Chelsea of late, with the ‘Blues’ netting under 1.5 goals in their last three Premier League outings. That could be particularly worrying given that their two previous top-flight meetings with Wolves have yielded an uneventful ‘nil-nil’ score. What’s more, only 44% of Chelsea’s total Premier League points this season have come at Stamford Bridge (29/66), the third-lowest share at home this term.

In the meantime, Wolverhampton’s hopes of securing European football for next season are in jeopardy after a run of three consecutive league defeats ‘to nil.’ Another reverse here would see the ‘Wanderers’ lose four successive top-flight matches without scoring for the first time since 1970. Easier said than done, as they’ve drawn a blank in six of their last eight league visits to Stamford Bridge. Interestingly, none of Wolves’ 16 Premier League fixtures in 2022 have ended as a draw (W8, L8), with ten of those results (win/loss) seeing the winner on the day keep a clean sheet. Another resolute defending showing will be critical for Wolves’ bid to post their first league win at Chelsea since 1979. Indeed, they’ve ended up on the losing side in six of their seven Premier League away games in which they conceded the opening goal this season (W1). 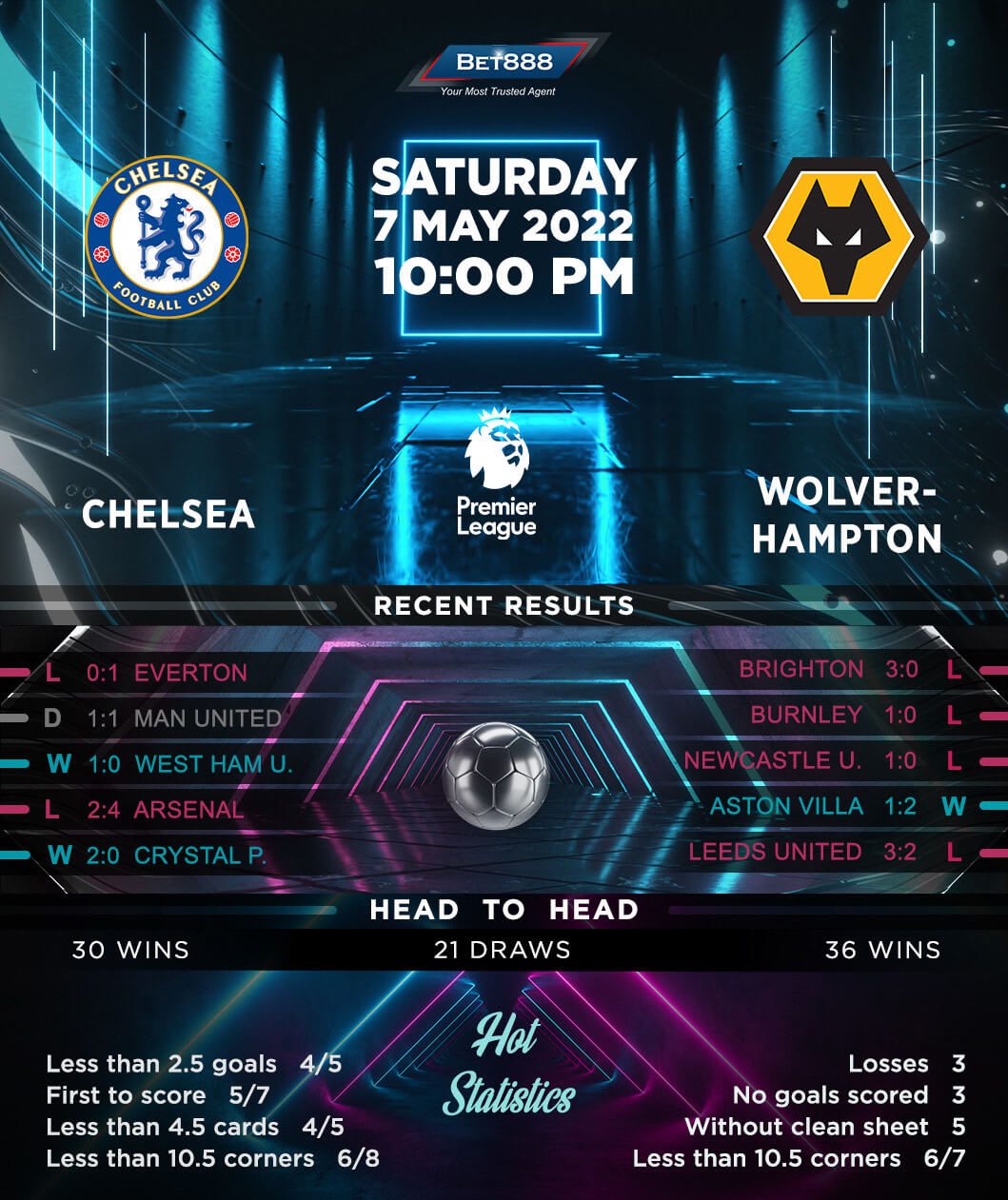