Since a hard-fought 1-0 away win over Dalian Pro in the final round of last season, Chengdu Rongcheng have been on a downward spiral. An embarrassing start to the new Chinese Super League season has seen Rongcheng go from back-to-back defeats to a pair of draws. Low scoring has been a common theme in their four opening league matches, as three have featured under 2.5 goals. But, a quick-fire start could be on the cards, as three of their four Chinese Super League fixtures this season have yielded the opening strike within 30 minutes of play. Despite all the negatives, Seo Jung-won’s men can draw confidence from going unbeaten in all three previous league H2Hs (W2, D1).

In the meantime, visiting Meizhou Hakka have yet to lose a single top-flight game since earning promotion last term. Yet, three of their four opening Chinese Super League outings have featured scoring draws (W1). High-scoring first halves have been quite frequent in Hakka’s early top-flight campaign, as three of their four matches have seen both teams score before half-time. Indeed, delivering action from the offset, three of Hakka’s four Chinese Super League games have witnessed the opening goal come inside the first 15 minutes of play. Taking their last season’s results in the nation’s second-tier competition, the visitors have only lost one of their 13 previous away league fixtures (W10, D2). 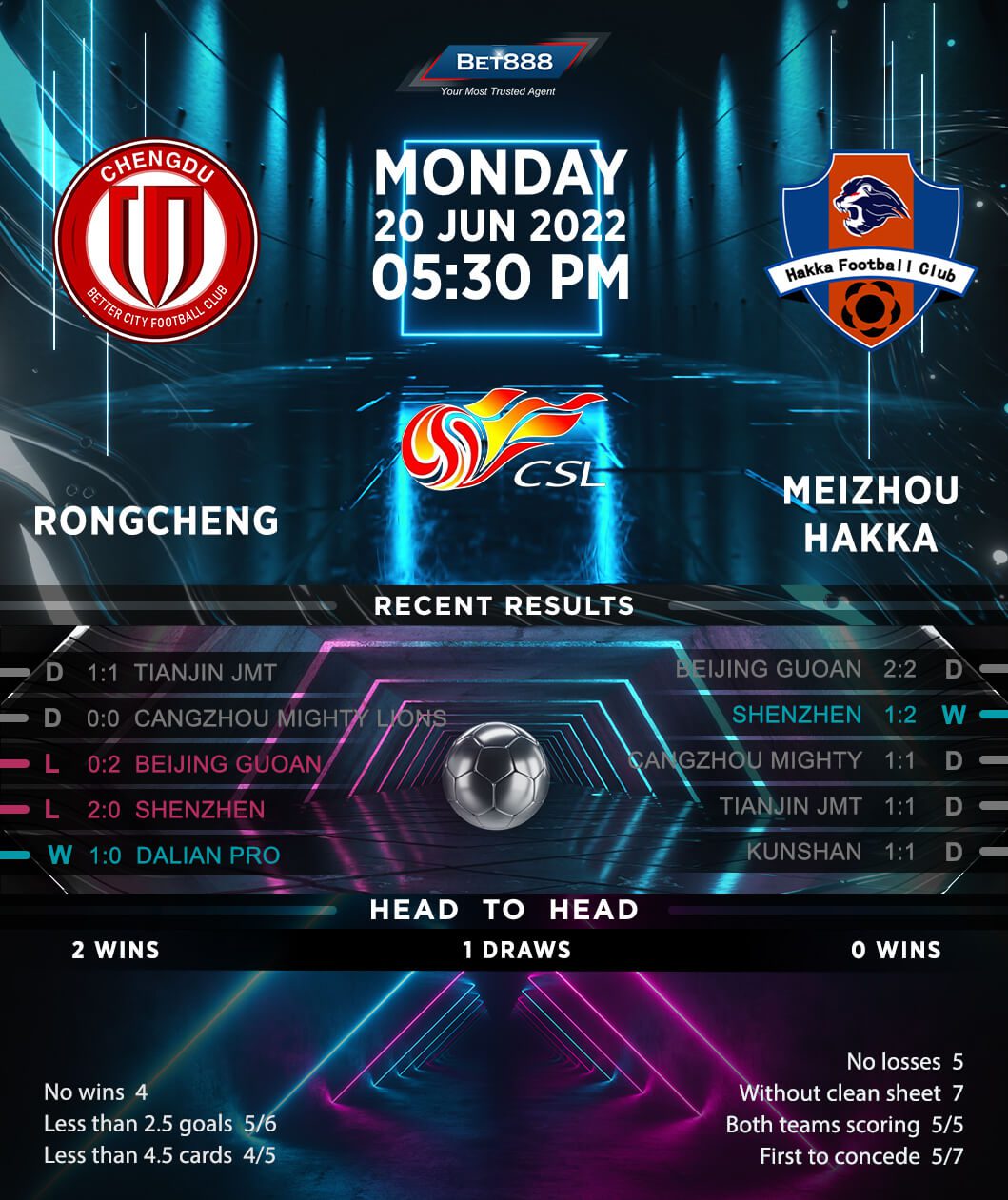