Soldier Field is the venue, as Chicago Fire and Club de Foot Montreal meet face-to-face in an exciting MLS showdown.

Chicago eked out a narrow 1-0 home triumph against Inter Miami last time out to bring a four-game losing streak in MLS to a halt and claim their first victory of the season. However, that success came as further confirmation of Chicago’s growing problems in the front third, as they’ve now netted under 1.5 goals in all five MLS fixtures since a 2-2 draw with New England Revolution on Matchday 1. An encounter with Montreal might help Raphael Wicky’s men to overcome their scoring woes, considering they’ve bagged 2+ goals in both of their previous top-flight meetings (W1, D1). Interestingly, each of Chicago’s three home MLS matches this season has seen one of the halves ended without a goal, with the last two producing a goalless half-time scoreline.

Meanwhile, since a goalless home stalemate with Columbus Crew at the beginning of May, the visitors haven’t drawn any of their subsequent four MLS games (W1, L3), three of which saw the winner on the day keep a clean sheet. An indifferent form during their opening four away MLS fixtures (W1, D1, L2) is not something Montreal will be looking to dwell on ahead of their trip to a Chicago side they haven’t defeated in any of their last three away H2Hs (D1, L2). Curiously, Wilfried Nancy’s men have scored precisely two goals per game in two of their four away league matches this season, drawing a blank in the other two. Each of Montreal’s four strikes on the road arrived in the first half, with three of them coming by the 25th minute. 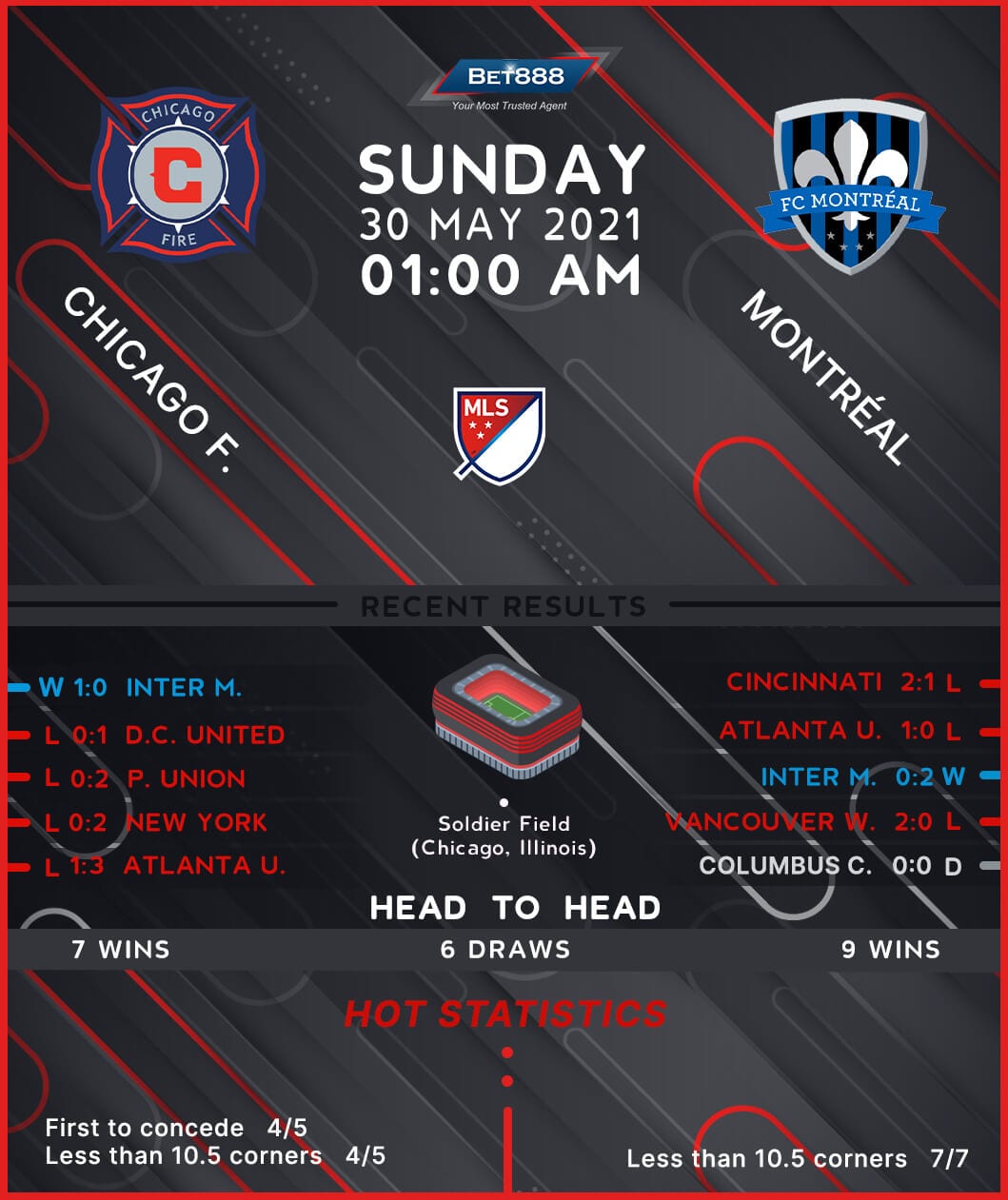