Chile and Bolivia go head-to-head at the Estadio San Carlos de Apoquindo in a must-win World Cup Qualifying match for both teams.

A thoroughly disappointing start to the World Cup Qualifying campaign has seen Chile secure just a single triumph in the opening five matchdays (D2, L2), courtesy of a 2-0 home win against rock-bottom Peru. Improving that record look like a near-certainty, as ‘La Roja’ take on a Bolivia team they’ve not lost to in any of their five World Cup Qualifying H2Hs as hosts in the 21st century (W4, D1), averaging 3.00 goals per game. Since exiting Copa America 2019, Martin Lasarte’s men haven’t lost any of their four home internationals, friendlies included (W2, D2), scoring precisely twice per match on three occasions. Since the introduction of the current qualification format in March 2020, Chile have seen 15 of their 22 World Cup Qualifying victories at home arrive by a winning margin of 2+ goals.

On the other hand, Bolivia’s disastrous start to this World Cup Qualifying campaign was brought to a halt last time out with a 3-1 home win over Venezuela, putting a run of four qualifiers without winning to bed (D1, L3). But Bolivia’s defensive woes have seen them concede a tournament joint-high 13 goals World Cup Qualifying goals so far, with ‘La Verde’ letting in 2+ goals in all but one of their qualifying fixtures to date. Despite coming from behind to avoid defeat in their most recent World Cup Qualifying on the road, Bolivia are winless in all of their 46 away qualifiers since the turn of the 21st century (D6, L40). Moreover, since being held to a goalless draw to Iraq in November 2018, Cesar Farias’ men have failed to keep a clean sheet in any of their subsequent 17 internationals, friendlies included. 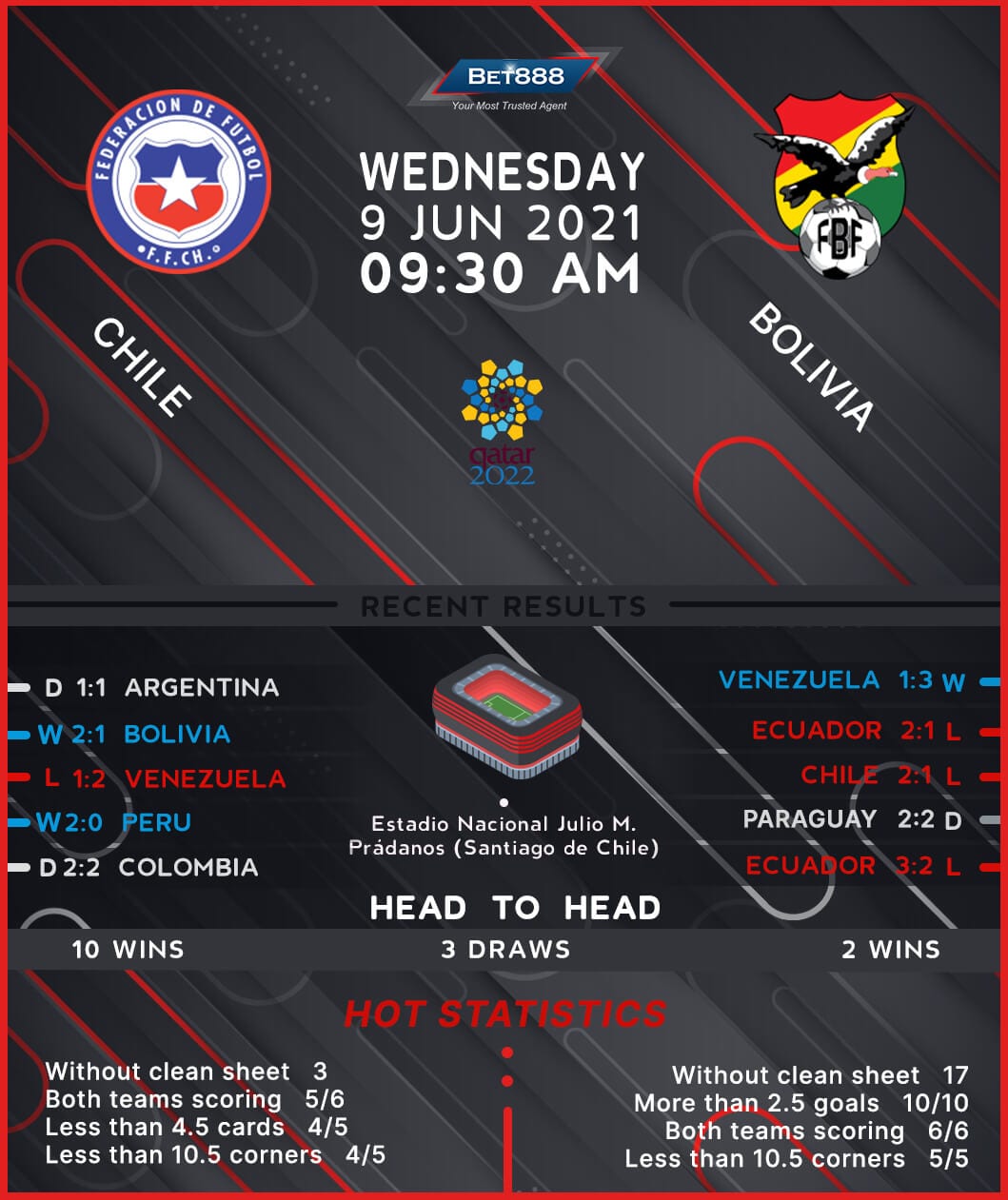