Martin Lasarte makes his managerial debut at Chile as they welcome Bolivia to the Estadio El Teniente in an all-CONMEBOL international friendly.

Having won just one of their four World Cup Qualifying matches during the last two international breaks (D1, L2), Chile will be looking to rally the troops versus a Bolivia side they have outplayed in three of their previous four H2Hs (L1). Since exiting Copa America 2019, ‘La Roja’ have won just two of their eight fixtures, friendlies included (W2, D3, L3), conceding 2+ goals in 62.5% of those outings. Despite an indifferent form, they have been a fun team to watch lately as four of their last five games overall have seen over 2.5 goals and both teams on the scoresheet. However, Lasarte’s men can draw confidence from strong starts on home soil that have seen them net a first-half brace in each of their last two home matches.

Meanwhile, a 2-2 away draw at Paraguay last time out saw Bolivia’s three-game losing streak come to a halt, though they’ve now conceded over 1.5 goals in four consecutive outings. It’s been over two years since Bolivia last kept a clean sheet, with Octavio Zambrano’s men letting in at least one goal in 14 straight matches since a goalless away draw with Iraq in November 2018. Their defensive woes were brutally exposed during that 14-game sequence as they shipped 3+ goals on seven occasions. On the bright side, however, ‘La Verde’ have found the net in five of their last six fixtures overall, which has been the case in four of their previous six meetings with Chile. Quick out of the blocks, they have registered 66.67% of their last nine goals scored inside the opening 45 minutes. 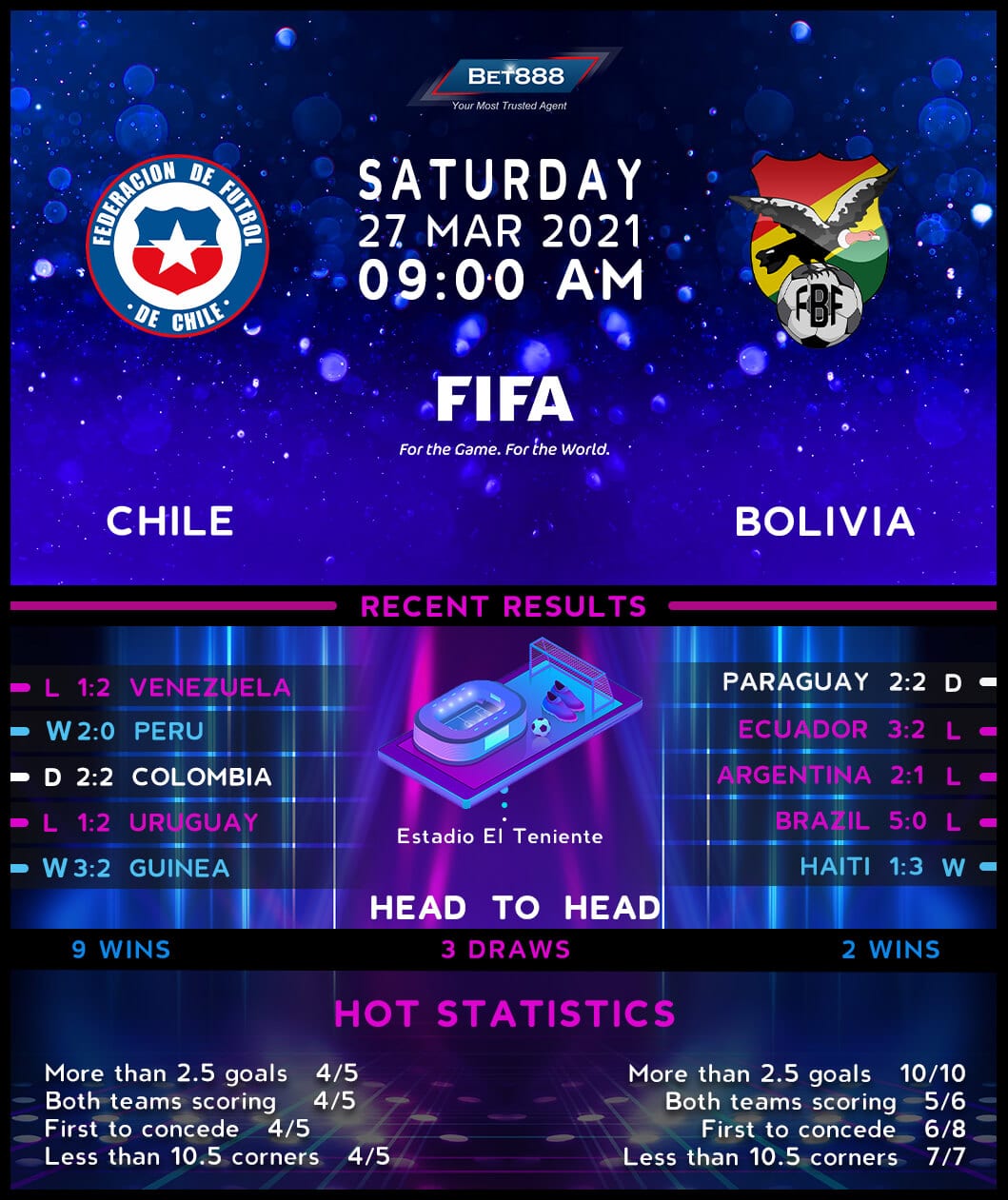