Estádio Nacional de Brasília is the venue as Chile and Paraguay go head-to-head in an exciting Copa America 2021 showdown.

The Chileans have qualified for the knock-out stages with a game to spare after avoiding defeat in their opening three Group A outings (W1, D2). Yet, goal-shy Chile will be keen to improve in front of goal, having netted precisely once per match across their first three Copa America fixtures, with all three strikes arriving before the hour mark. Despite scoring precisely once in each of their last five competitive games, ‘La Roja’ have been regular on the scoresheet over the past couple of years, finding the net in 11 consecutive games. A lack of action has highlighted Group A so far – with an average of only 1.83 goals per match – which is very much in line with Chile’s propensity for producing low-scoring affairs. Each of their last five games featured under 2.5 total goals.

On the other hand, the Paraguayans seem likely to qualify for the knock-outs, though they’d like to at least finish third in the section to avoid taking on a formidable Brazil team in the quarter-finals. Easier said than done, with Paraguay falling behind by the 15th minute in each of their last three internationals, including a narrow 1-0 loss to Argentina on Matchday 2. Yet, ‘Los Guaraníes’ may seek inspiration in their impressive comeback win over Bolivia in their Copa America opener, which remains their solitary triumph in six matches (D3, L2). As ever, starting well will be a priority for Paraguay, especially considering they haven’t lost any of the nine fixtures in which they opened the scoring since June 2018 (W3, D6). They have come out victorious in both of their previous meetings with Chile, harboring a one-goal lead at half-time on each occasion. 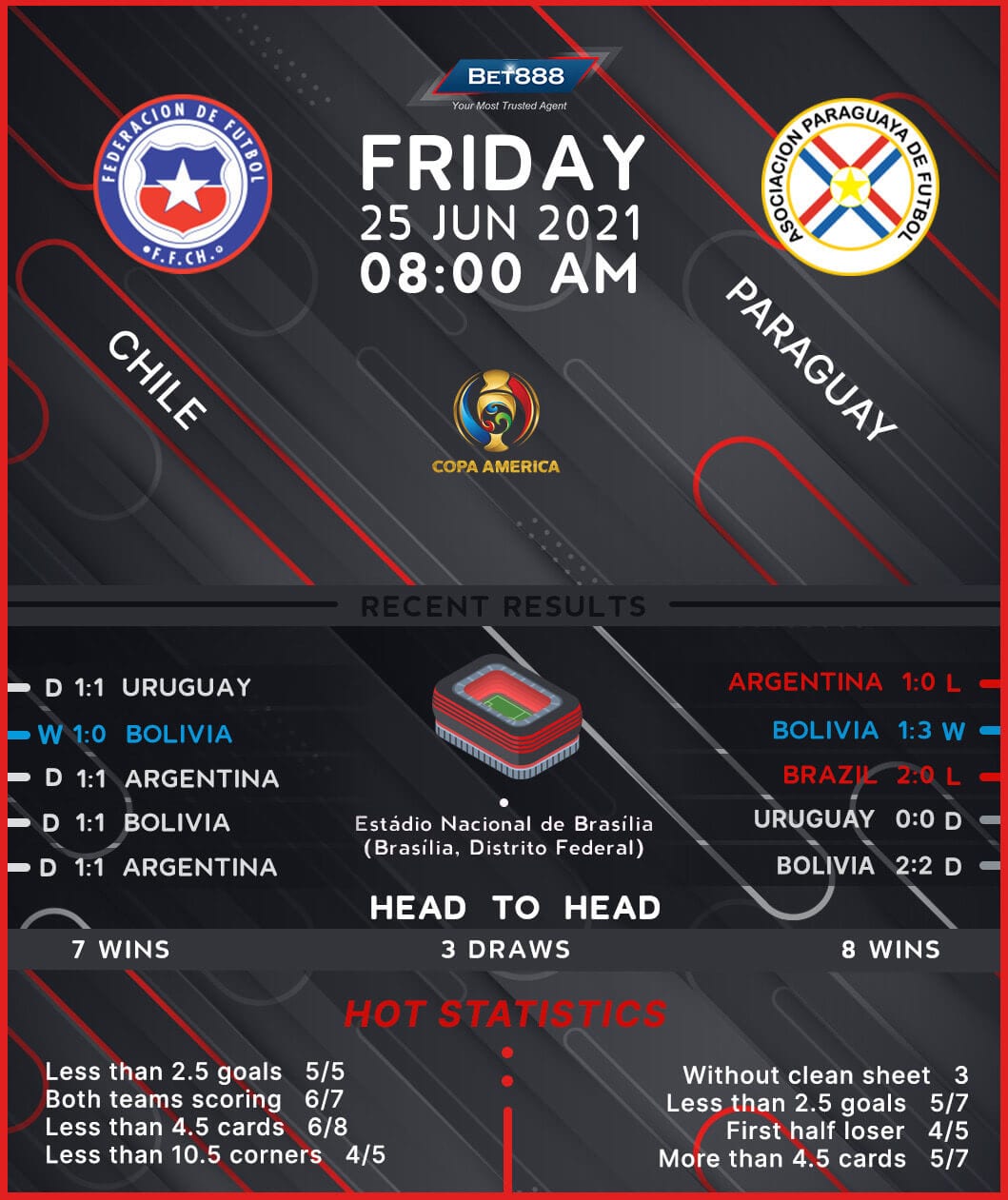