Saudi Arabia will take a trip to the Sharjah Stadium to take on China in the penultimate round of Asia’s FIFA World Cup qualification Group B fixtures, looking to cement their place at the upcoming World Cup finals.

Already stripped of any chance to secure only their second-ever appearance at the World Cup finals, China head into proceedings amid a rough patch. Li Xiaopeng’s men have gone from a brace of 1-1 draws to back-to-back World Cup qualifying defeats by a two-goal margin, conceding the opening goal within 15 minutes of play on both occasions. Even though a win won’t make any difference for China, they can still rely on their decent home form in the World Cup qualifying Round 2 (W1, D2, L1). However, the ‘Dragon’s Team’ have encountered no luck in their recent home H2Hs, having gone winless in their last three international home meetings with Saudi Arabia (D2, L1), scoring just once in that spread of fixtures.

Saudi Arabia’s high-flying run in World Cup qualification Group B (W6, D1) came to a halt last time out as they succumbed to a dismal 2-0 defeat away to Japan. However, the Saudis are one step away from landing an automatic berth at Qatar 2022 as another win here would seal the deal for the ‘Green Falcons.’ Any hope of registering another triumph would hinge on the visitors’ ability to keep things tight at the back, considering that both of their Group B away victories have yielded the same 1-0 scoreline. Yet, Saudi Arabia’s recent H2H record against China in the World Cup qualifying reads indifferently (W1, D1, L1), with each of those encounters featuring a full-time margin of under 1.5 goals. 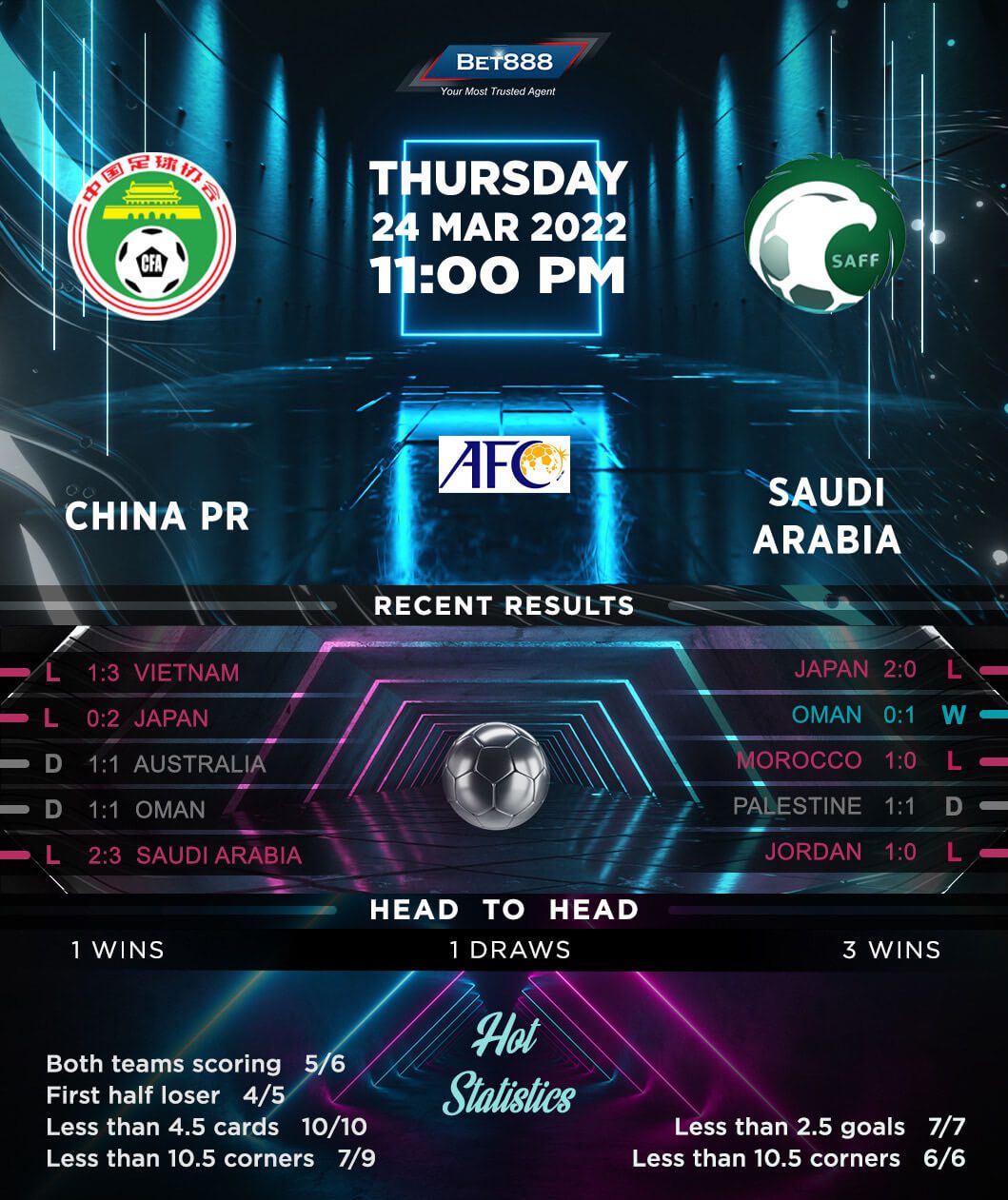