Cincinnati’s home action in the 2022 MLS season gets underway this weekend as they welcome high-flying DC United to the TQL Stadium.

Cincinnati’s new MLS season started with a whimper rather than a bang as they conceded 2+ goals either side of half-time in a thumping 5-0 defeat away to Austin. Taking the 2021 campaign into the equation, the ‘Orange and Blue’ have now lost each of their last 13 MLS fixtures in a row, the longest ongoing such streak in the competition. Indeed, Cincinnati finished the last MLS season as the division’s worst home side, having won one of their 17 league matches on home turf (D5, L11). Much of their underwhelming performances last season emanated from a lackustre attack that netted a league-low 17 goals at home. After drawing a blank in three of their last five MLS H2Hs (D3, L2), Cincinnati could consider themselves lucky to trouble the scoresheet now.

On the other hand, DC United got their new MLS season off to a flying start, cruising to an overwhelming 3-0 home victory over the new MLS franchise Charlotte FC. Delivering action from the offset, Hernan Losada’s side netted twice before half-time to set the tone for a clear-cut success. Yet, the ‘Black-and-Red’ won their final MLS away matches of the previous season, courtesy of a 3-1 triumph at Toronto FC, only to bring a dismal six-game winless road streak to a halt (D1, L5). DC United proved vulnerable on the road last season, conceding a league third-high 37 goals across their 17 MLS travels, at an average of 2.17 per game. But after holding Cincinnati goalless twice in their last three away league H2Hs, they should feel comfortable here. 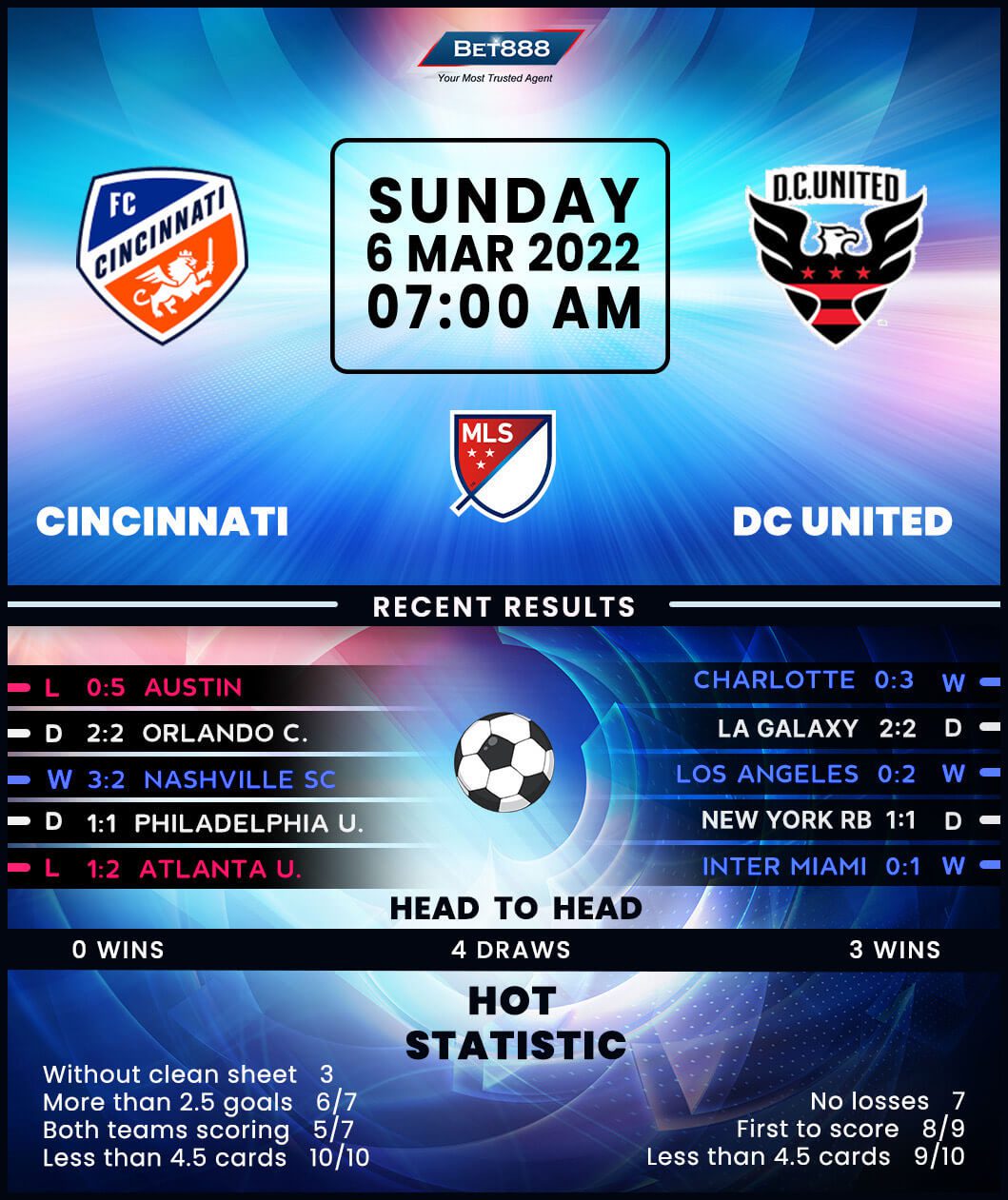