Clermont Foot’s Ligue 1 credentials will face a stern test in the shape of runaway leaders PSG at the Stade Gabriel Montpied.

Fatigue is seemingly catching up with Ligue 1 debutants Clermont Foot, who enter this round having lost four league matches in a row, as many defeats as in their previous 11 in the competition (W4, D3). No strangers to losing five consecutive top-flight games – a feat they endured back in October/November – ‘Les Lanciers’ will hope for a miracle after dropping to a single point clear of the drop zone. However, Pascal Gastien’s men look like a doomed outfit here, as evidenced by their humiliating 4-0 away defeat in the reverse fixture and their always-rising defensive concerns. The visitors have conceded 2+ goals in each of their last four Ligue 1 games, at an average of 3.00 per match, with 67% of those goals arriving beyond half-time (8/12).

Meanwhile, Paris Saint-Germain’s thumping 5-1 home win over Clermont’s fellow relegation rivals Lorient last time out maintained the visitors’ topsy-turvy domestic form. Mauricio Pochettino’s men come into this matchday having alternated between victories (4) and defeats (3) across their last seven Ligue 1 matches. Interestingly, five of those seven results (wins/losses) have yielded a full-time margin of 2+ goals, highlighting the potential for a ‘blowout.’ Away from home, ‘Les Parisiens’ have lost their last four competitive games on the spin by an aggregate score of 10-2 en route to setting an unwanted club record in the Qatari era. Another defeat here would see PSG lose five successive away matches in all competitions for the first time since 2010. Yet, they’ve been ruthless against sides from the bottom half of the table this season, picking up 14 wins from their 15 such fixtures (D1). 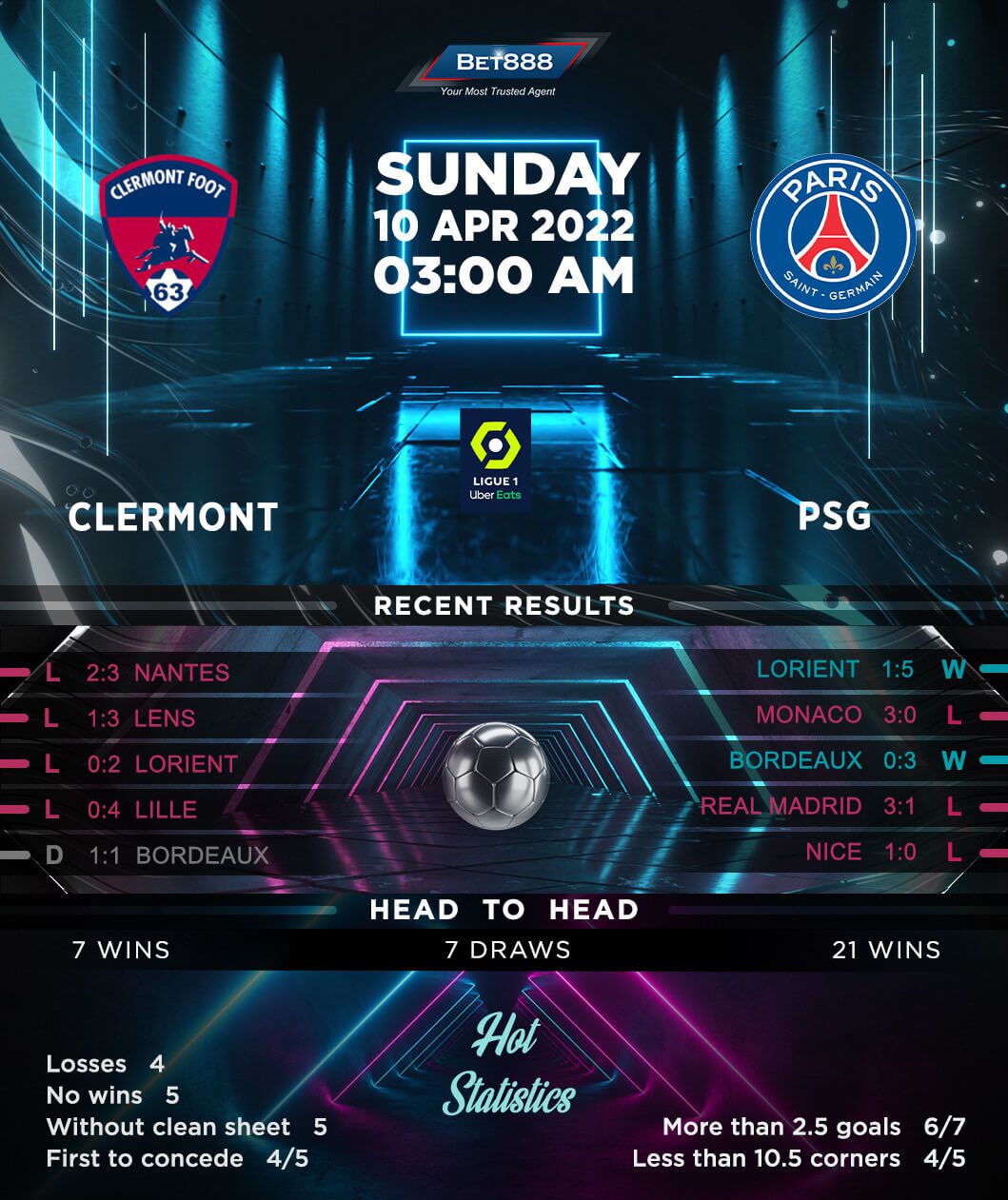