After losing both previous Champions League H2Hs by an aggregate score of 6-0, Club Brugge look like a doomed outfit here, though two straight competitive home wins ahead of this clash might spark some hopes in the home camp. Even though Brugge’s appearance in the 1978 showpiece remains the best result achieved by any Belgium side to date, the ‘Blauw-Zwart’ have failed to reach the Champions League knock-out rounds in the 21st century. Just one of Brugge’s last six European clashes against Ligue 1 opponents has ended level (W1, D1, L4), with four of the five matches won/lost in that run seeing the victor keep a clean sheet. Shutting PSG out could be a tall order, though, especially considering the hosts have managed just one blank sheet in their last nine competitive home outings, conceding 2+ goals six times in the process.

Paris Saint-Germain’s only previous Champions League trip to Club Brugge yielded an overwhelming 5-0 victory back in the 2019/20 group stage. ‘Les Parisiens’ won the reverse fixture 1-0 at home to maintain an almost perfect European record against Belgian opponents (W5, D1). Remarkably, PSG netted 21 goals across that six-game sequence while conceding just one in return. Mauricio Pochettino’s star-studded side are likely to improve that record here and subsequently extend their extraordinary 32-match scoring run in the Champions League group stage. While waiting for Lionel Messi’s full debut, the visitors have enjoyed a 100% five-game start to this Ligue 1 campaign, leading at half-time on each occasion and netting 3.20 goals on average. Unless some unexpected developments take place in Group A, PSG should make it out of the Champions League group stage for the tenth season running. 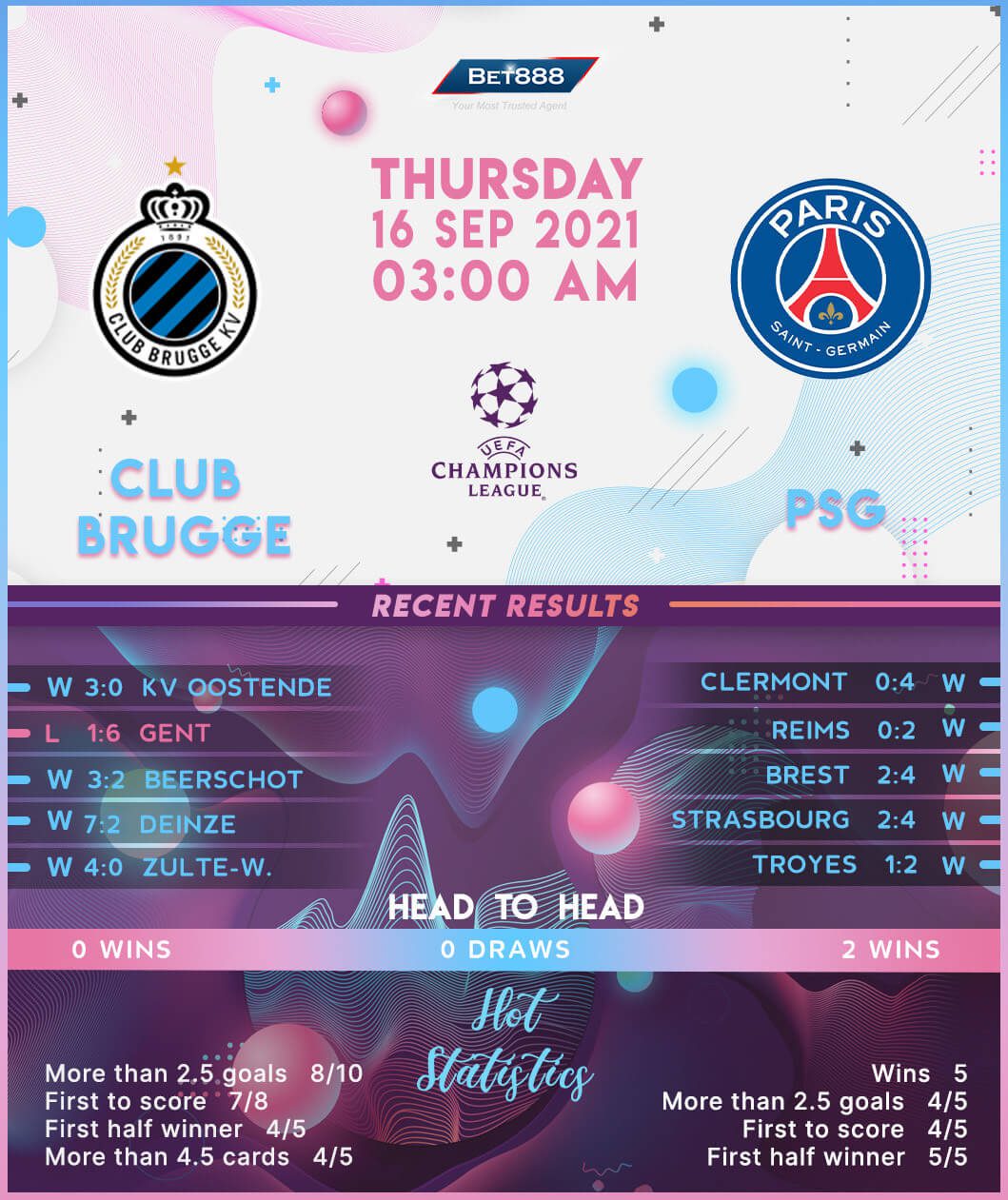