Bayern Munich will be looking to bounce back from a disappointing start to 2022 Bundesliga action when they meet Cologne at the RheinEnergieStadion.

Cologne have picked up where they left off in 2021, cruising to a comprehensive 3-1 win at Hertha Berlin last time out to make it three Bundesliga triumphs in a row. That’s a noticeable improvement on their underwhelming league showings beforehand, as they had racked up just three victories from their 14 Bundesliga matches prior to this run. It’s worth noting that ‘Die Geißböcke’ have only lost one of their nine top-flight fixtures at home this season (W5, D3), with no other side suffering fewer home defeats than them to date. Cologne’s impressive home record may have laid the foundations for their first Bundesliga win over Bayern since February 2011. They have since failed to beat this opposition in 15 top-flight H2Hs (D1, L14), losing each of the last eight in a row.

In the meantime, Bayer Munich started the new calendar year with a whimper rather than a bang, turning an early 1-0 lead into a dismal 2-1 home defeat to Borussia Monchengladbach. Though it’s a long shot, the ‘Bavarians’ could lose their opening two Bundesliga games of the second half of the season for the first time since the 1995/96 campaign. Since they last suffered back-to-back league defeats in November/December 2019, Julian Nagelsmann’s men will be confident of extending their two-game winning Bundesliga streak on the road. Going back to September, the perennial German champions have scored 3+ goals in six of their seven away league fixtures, underlining their status as Bundesliga supreme power. Speaking of their free-scoring form, Bayern have found the net in each of their last 65 Bundesliga matches and could shatter the division’s best-ever such record with another goal here. 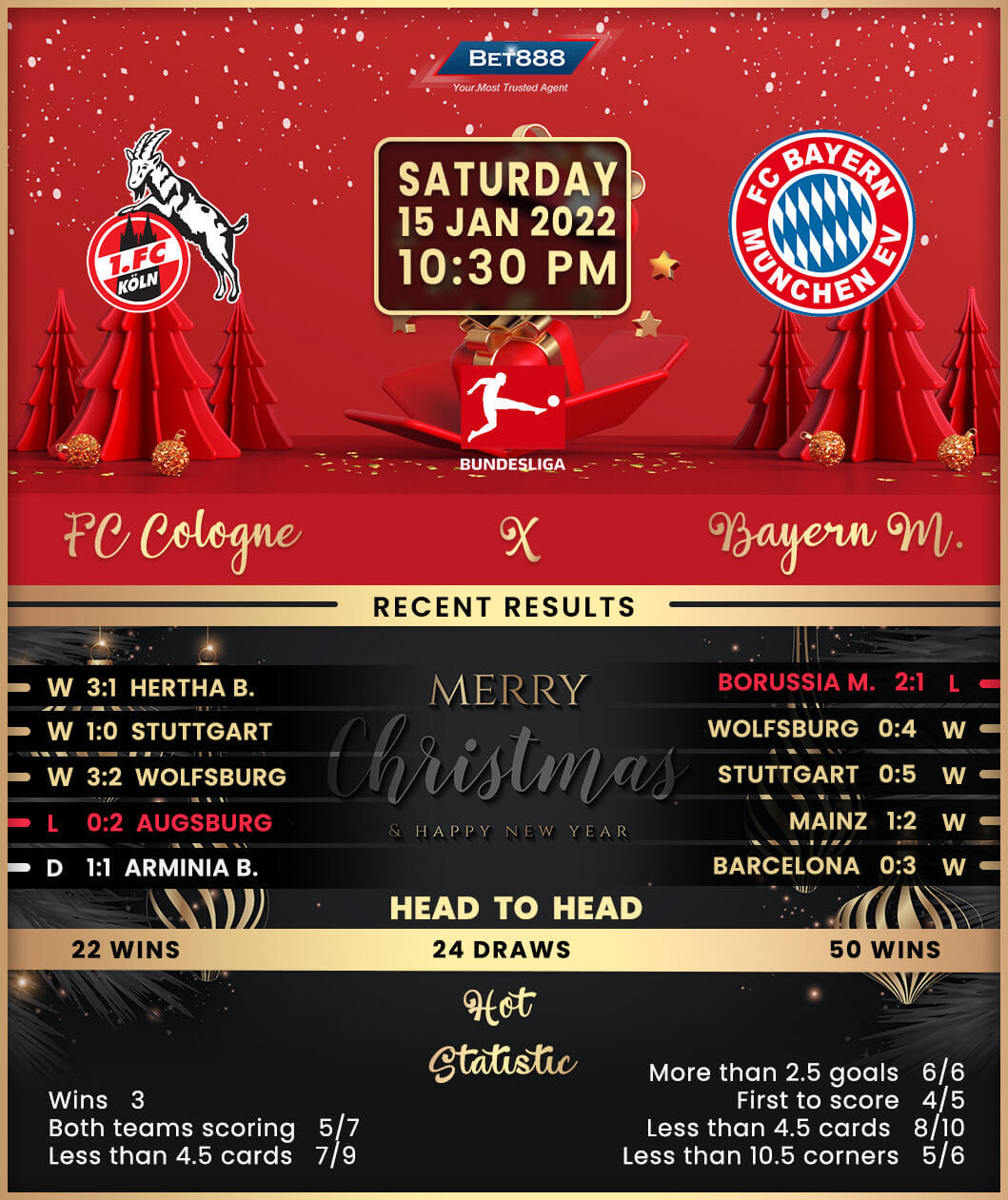