RheinEnergieStadion is the venue as Cologne and Mainz 05 go head-to-head in a mid-table Bundesliga showdown.

An uninspiring 1-0 defeat away to Union Berlin last time out further dented Cologne’s faint hopes of securing a top-four finish. Yet, they are still firmly in contention for a top-six finish and European qualification despite recording just one win across their last five Bundesliga outings (D2, L2), all of which featured under 2.5 total goals. Against this backdrop, Mainz’s visit to the RheinEnergieStadion could offer the attending fans plenty of reason for excitement, as their last two top-flight H2Hs at this venue have seen both sides net at least two goals apiece. Late action is also well on the cards, especially considering that ‘Die Geißböcke’ have netted a substantial portion (34%) of their Bundesliga goals this season inside the final 15 minutes of play (13/38).

Meanwhile, Mainz’s underwhelming 2-1 defeat away to bottom-half Augsburg last time out may have condemned ‘Die Nullfünfer’ to another mid-table finish despite their season-long fight for European qualification. The visitors head into proceedings amid a rough patch after suffering three losses across their last five Bundesliga outings (W1, D1), two of which saw them concede the opening goals within 15 minutes of play. Bo Svensson’s men are winless in their last nine away league matches (D2, L7), while only 21% of their total Bundesliga points accrued this season have come on the road (8/38). But an enthralling end-to-end action could be a theme here, as each of Mainz’s last six Bundesliga away fixtures have seen both teams on the scoresheet, which has been the case in their previous three top-flight visits to the RheinEnergieStadion. 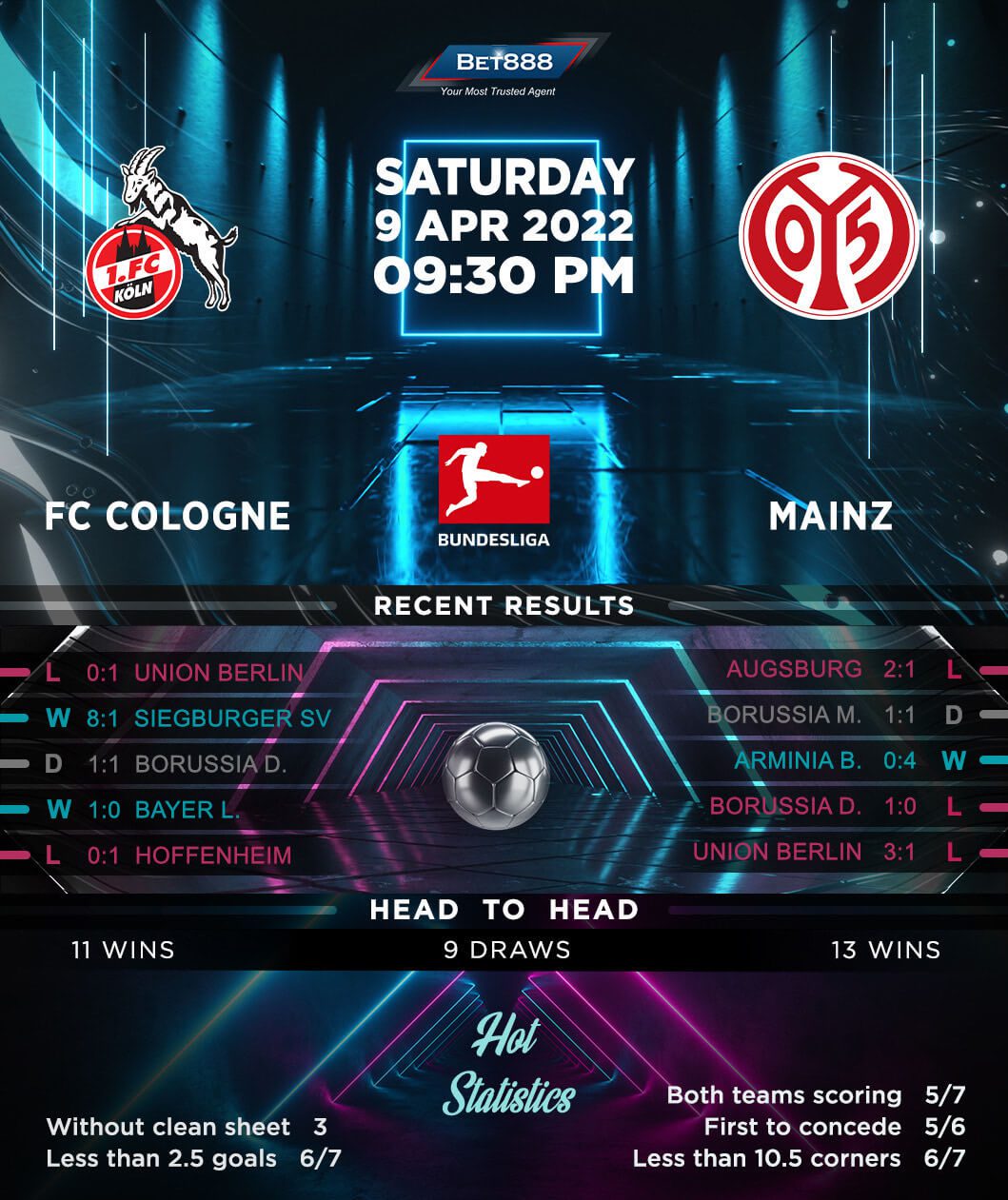