Bundesliga top-four hopefuls Cologne are set to entertain out-of-sorts Wolfsburg at the RheinEnergieStadion in the penultimate round of matches.

Cologne have hit the ground running since a dismal 1-0 defeat at Union Berlin, racking up four consecutive Bundesliga victories to bolster their hopes of achieving a historic top-four finish. However, with just two games left, ‘Die Geißböcke’ will need other results to go their way in order to bridge a three-point deficit on fourth-placed Freiburg. Wolfsburg’s visit to the RheinEnergieStadion comes in handy as Cologne look to achieve six straight top-flight wins since a run of seven in 1985. Indeed, they are unbeaten in their last six Bundesliga home meetings with ‘Wolves’ (W3, D3), representing their best-ever undefeated home streak against any current Bundesliga side. Steffen Baumgart’s men have been scoring at will lately, notably netting 3+ goals in their last four league outings, and could make it five on the trot for the first time since 1970.

In the meantime, Wolfsburg’s best hope for a thoroughly underwhelming Bundesliga season is a top-half finish as they head into the penultimate round of fixtures trailing ninth-placed Mainz by four points. However, the visitors’ indifferent three-game league form (W1, D1, L1) doesn’t offer much in terms of confidence, though it’s worth noting that both games won/lost in that sequence yielded a full-time margin of five goals. ‘Die Wolfe’ could go unbeaten in three consecutive Bundesliga matches for the first time since November 2021, yet it would require them to defy their abysmal five-game Bundesliga form away from home (D2, L3). A lacklustre defending has seen Wolfsburg concede 2+ goals in four of their last five league games on the road, an average of three per match. 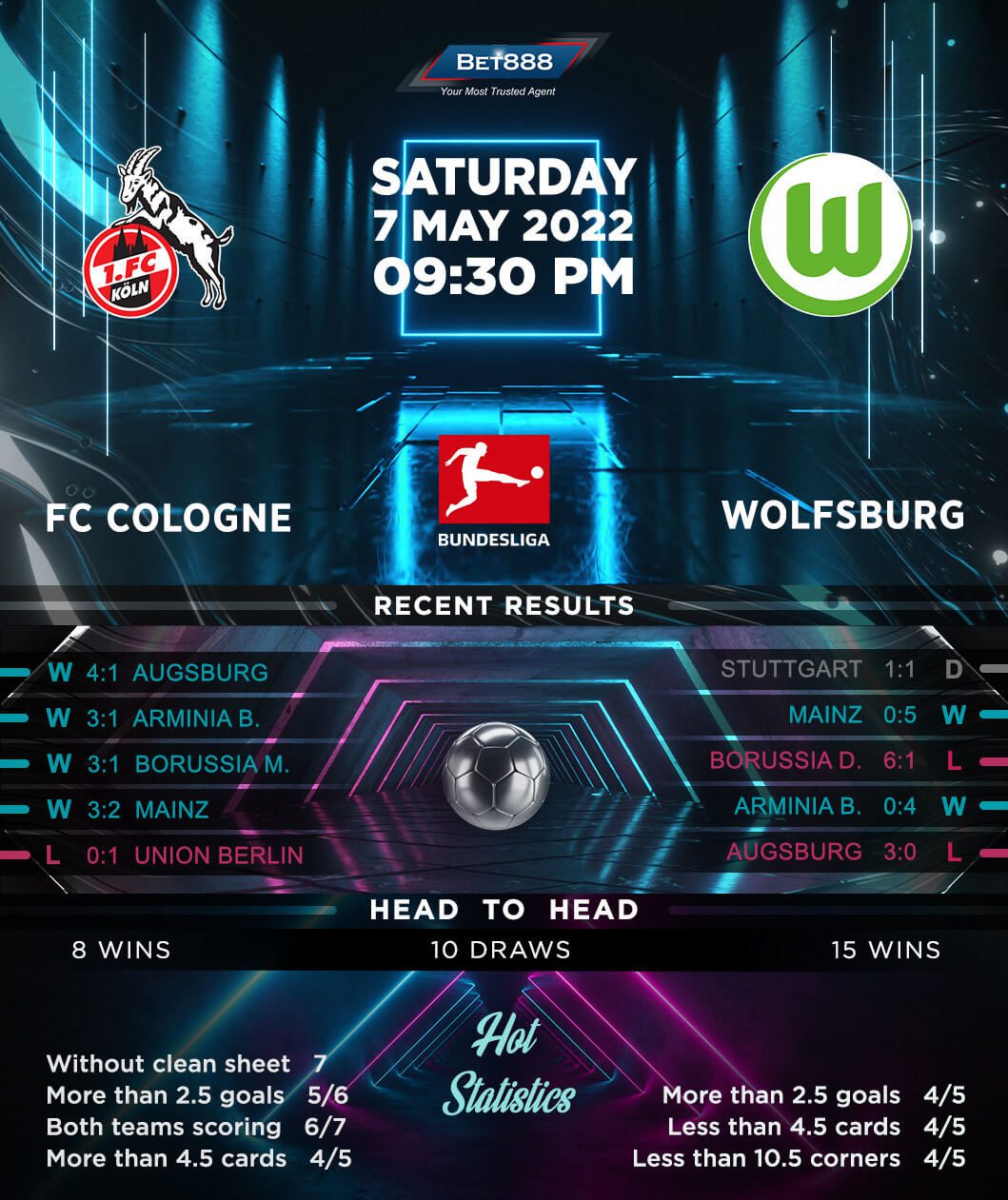