Colombia and Ecuador kick things off in the 2021 Copa America with an exciting clash at the Arena Pantanal in Cuiabá,

Warming up for the final tournament, Colombia have experienced an upturn in form, going from two consecutive defeats to back-to-back games without losing (W1, D1). Despite their form inconsistency, ‘Los Cafeteros’ have been a fun team to watch lately, with each of their last six internationals producing over 2.5 total goals. Since lifting the continental title in 2001, Colombia have never won the trophy again. However, they’ve managed to progress from the group stage 11 times in their last 12 appearances at the final competition. Reinaldo Rueda’s men have succumbed to just one reverse in their last 13 Copa America contests (W7, D4) if considered only 90 minutes of play. Worryingly, though, they have conceded a whopping average of 2.6 goals per match in their previous five competitive fixtures.

Meanwhile, Ecuador have suffered back-to-back losses following a run of four straight triumphs, conceding precisely twice per game on each occasion. Their defensive frailties have been widely exposed in the recent past, with the Ecuadorians failing to register a single shutout in any of their last eight international fixtures, friendlies included. Going back to 1975, ‘La Tri’ have participated in all 17 Copa America tournaments without ever lifting the crown. Ecuador managed to make it out of the group stage only three times across that period. Moreover, five of Ecuador’s last eight appearances at the Copa America finals have seen them bow out without winning a single match. Interestingly, though, none of their previous 12 international games have ended as a draw (W7, L6), a sequence that also includes their memorable 6-1 win against Colombia. 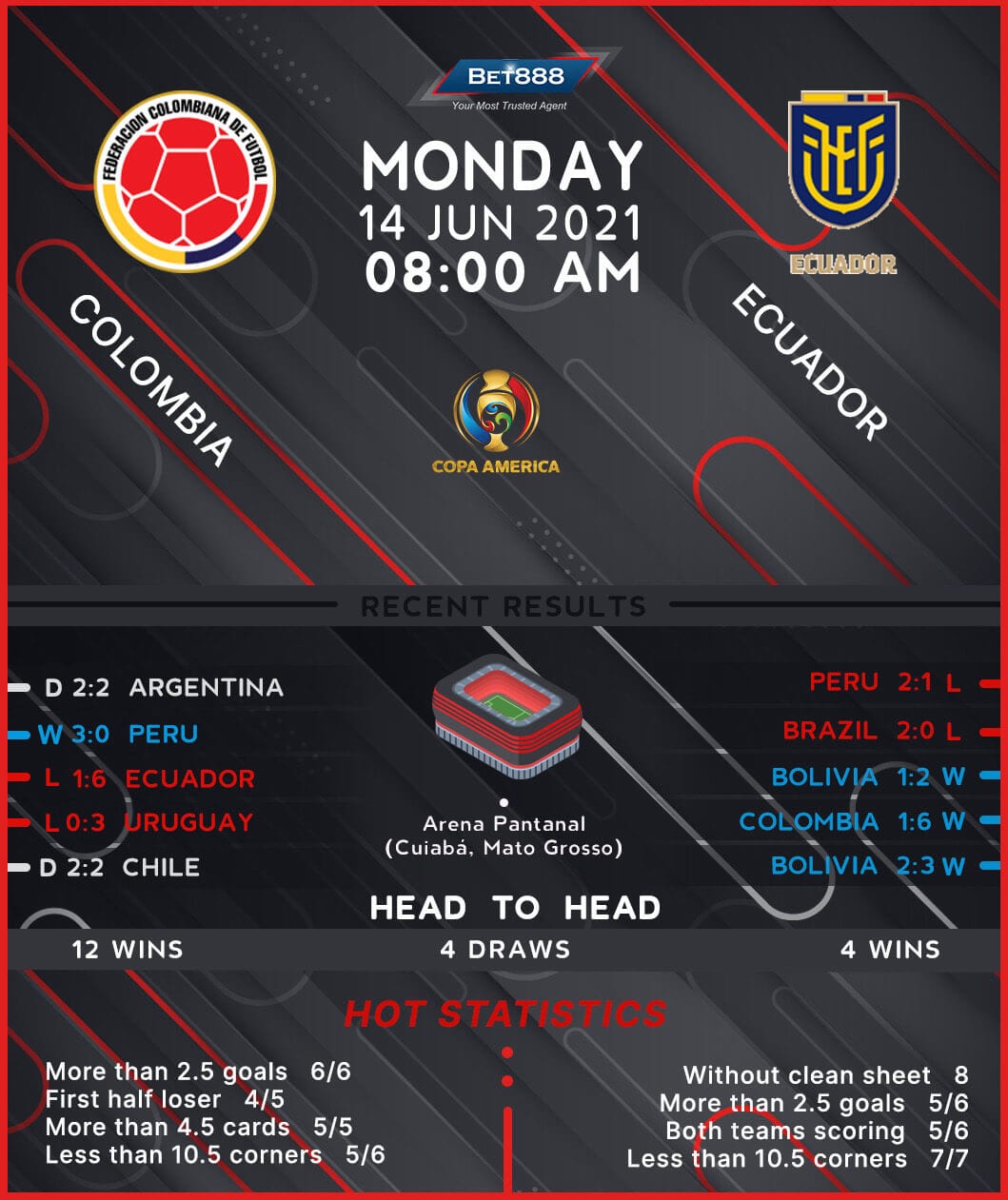